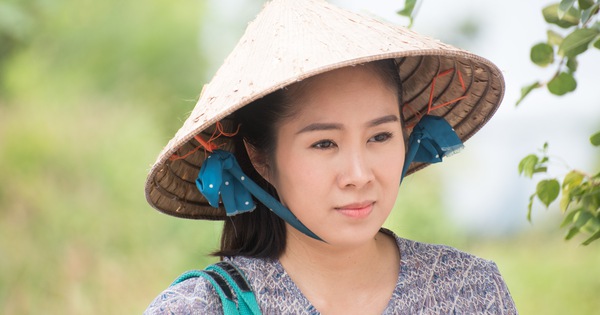 Le Phuong appeared at the end of episode 3 with a gentle smile – Photo: DPC

Appearing at the end of episode 3, when the kids grow up after 16 years, Le Phuong surprised with the Southern accent and a smile with gentle, genuine beauty.

Phuong said:Love the copper perch is a film about the Southwest region, recorded directly. This is too easy because I am a daughter of Western origin (Le Phuong from Tra Vinh – reporter).

At first, the director was also afraid because the film was broadcast nationwide (VTV3), if the Southern accent was too loud, it was difficult for the audience in other regions to hear. I told the director that it would be okay because this was the period when Thuong was in the countryside. When she came to Saigon, she adapted to her new life, with a standard and clear pronunciation to better suit the urban context.

Someone gave me the nickname “The second sister of the nation” because it was pitiful when I played the role of the second sister who was always worried about my juniors.” 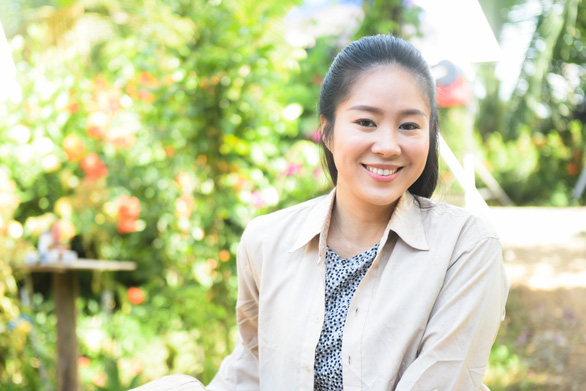 “Sister of two nations” Thuong is incarnated by Le Phuong

* Often playing the role of a sister who is always kind, sacrificing for juniors is easy to be “one color”. When receiving the script, Le Phuong once told the director not to make her cry too much. Was that proposal because Le Phuong was bored with the familiar image in the previous film, or was there another reason?

– It is true that I am often given the role of the second sister or the poor role, and thanks to these roles, I am loved by the audience. I discussed with the director that this is a loving role, but don’t let me cry too much, give me a stronger, more personality than the previous roles.

Maybe the audience will feel Thuong and weak whenever they scold the children – especially Lam – for reacting to Aunt Tu, who caused a lot of trouble and suffering for Thuong sisters. But in the end, it’s the bright spot of the character’s personality. Under any circumstances, Thuong still keeps “ceremony” with his relatives.

Love appears throughout, continuously. She is the thread that connects the characters together. BILLIONDuring the 4 months of filming, I hardly accepted parallel films or even game shows, just to focus on doing the role well. After the day of filming, I felt like I ran out of energy but I was very relieved, very satisfied.

Actually, I like family films, the psychology of husband and wife, and children because when I entered the profession, I understood that it was difficult for me to act in idol and love movies because it was not very beautiful and did not have the style to act in this genre . 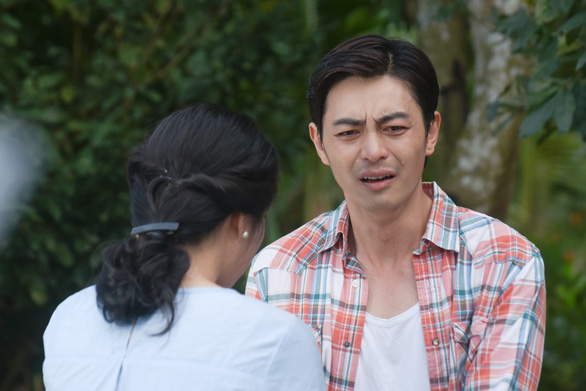 Le Phuong (as Thuong) and Quoc Huy (as Thiet) in Thuong the copper perch.

* Second Sister Thuong in Dear copper perch What story do you send to the audience?

– If the second sister Huong, I incarnated in Sticky rice glutinous rice (part 1) is the original Saigon second sister, then Thuong is a genuine western girl. The film has many rural settings, so the audience will discover many beautiful scenes of the Southern land, and at the same time understand more about the life, customs and generous and sincere personality of the people here.

The character Thuong sends the familiar message that “family is number one” and when we face difficulties and adversities, we must be strong, optimistic, find a good direction instead of living deadlocked and hopeless. 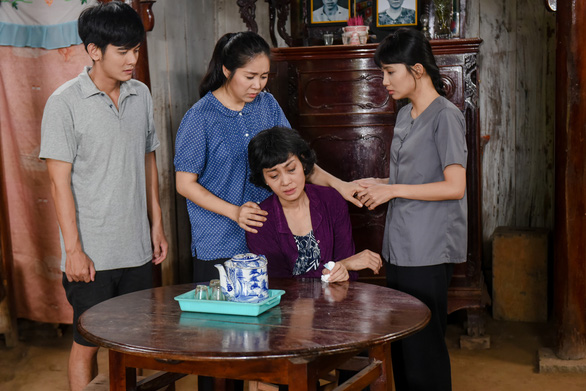 Scenes from the movie Loving the perch

* The audience was also quite surprised when Le Phuong performed the song in the film. What predestined relationship brought Phuong to this song?

-When the director invited me to sing, I was surprised and refused (laugh). People know that I’m an actor, and singing is just a supporting role. My husband (Le Phuong’s husband is singer Trung Kien) encouraged me to accept it and he instructed me to sing it properly.

The director said it was okay the first time, but sang it a little higher to match the movie. But I know the low voice, the vocal range is not high, this is a rather difficult folk song to sing, It took three times to complete the song.

The lyrics of the song I have suggested to correct it a bit, like the last sentence “Finding peace and joy, only deep love” partly says what the film conveys.

The film is broadcast at 14h Saturday, Sunday every week on VTV3.

In the first 3 episodes, the child actors performed excellently, causing many viewers to be moved and shed tears. As Trinh Tran commented: “At the beginning of the movie, I was already choking, looking at this scene I remember 35 years ago the day my parents died.

TTO – At the end of 2017 and lasting through 2018, it can be said that the most impressive performance of the city theater village is the musical Tien Nga by IDECAF.