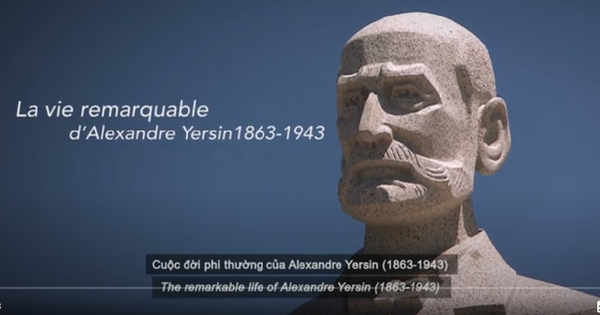 On March 1, the International Livestock Research Institute (ILRI) collaborated with a number of embassies, research institutes and universities in Vietnam to introduce a documentary film. The Extraordinary Life of Alexandre Yersin (1863-1943).

The film comes out with the desire to inspire young people, especially those who work in the field of medical research and development.

The film is over 11 minutes long, with English and Vietnamese subtitles, directed by Stéphane Kleeb. The videos depict some of Dr. Alexandre Yersin’s career achievements in Vietnam and discuss some of the lessons learned from his interdisciplinary research and work serving the indigenous community.

Dr. Alexandre Yersin (1863-1943) was a Swiss-French physician who spent most of his life working in Vietnam during the first half of the 20th century. He was a bacteriologist, a trader in the field of bacteriology. public health sector. He has made great contributions and as a doctor, he is loved and admired by the Vietnamese people.

Doctor Alexandre Yersin is best remembered in the medical community today as the discoverer of the bubonic plague bacillus, later named in his honor (Yersinia pestis).

He was also the founder of Indochina’s first medical school, now Hanoi Medical University, in 1902. Here, he assumed the role of principal for the first two years.

Among the achievements that Dr. Yersin has achieved is the establishment of companies producing anti-plague serum in India and Vietnam. He is the one who imported kina varieties and planted them for use in Vietnam, opened a rubber plantation and exported them.

During his time working in Vietnam, he discovered a new land, which later became a favorite stop for the French in Vietnam, with a climate almost like Europe, which is present-day Da Lat. . In Da Lat city, there is a park named after him – Yersin park.