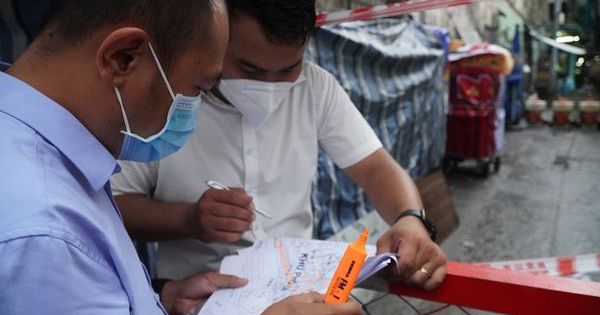 The Center for Disease Control of Ho Chi Minh City (HCDC) has just released new information about 4 cases of SARS-CoV-2 infection at the blockade of alley 120 Tran Hung Dao, District 1.

According to previously reported information, on the afternoon of June 7, District 1 received information that one case of Covid-19 infection living in alley 120 Tran Hung Dao, Pham Ngu Lao ward was detected through screening at the hospital. . This case is BN9487, 3 close contacts of husband and 2 children were taken for rapid test, the results of 2 people were positive.

By June 9, these three cases all had positive RT-PCR results for SARS-CoV-2. These three cases were announced by the Ministry of Health on the same day with codes BN9489, BN9490 and BN9491.

In addition, on June 8, District 1 Medical Center received information about a case of SARS-CoV-2 infection with code BN9488 at alley 102 Cong Quynh, Pham Ngu Lao ward, district 1. This location is located in blockade area of ​​BN9487 from June 7. The functional forces transferred this case to Can Gio Covid-19 Treatment Hospital for isolation and monitoring.

Reportedly, on the evening of June 7, patient 9488 had symptoms of fever, cough, and sore throat, so he declared it to the local health department. The District 1 Medical Center sent people down to do a quick test for SARS-CoV-2 antigen and gave a positive result. Through the investigation, patient 9488 had been exposed to 1 case of F1 and 1 case of F2 of previously announced cases, as well as being in the blockade area.

In the afternoon of the same day, HCDC also said that it had just detected 2 cases positive for SARS-CoV-2 through screening in Binh Chanh district.

Before that, on the evening of June 8th, Binh Chanh District Hospital received 2 cases, a couple living in alley C3 Bui Thanh Khiet Street, Tan Tuc Town, Binh Chanh District, who came to visit because of fever symptoms. Both patients were segregated, transferred to the screening area at the Emergency Department and performed a rapid test with positive results for SARS-CoV-2.

The test results confirmed by RT-PCR were also positive. Two patients were transferred to isolation for treatment and were announced by the Ministry of Health on the morning of June 10 with codes BN9622, BN9623.

Two patients were temporarily isolated immediately after screening. When there was a positive rapid test result, the hospital urgently blocked and temporarily stopped accepting patients for treatment at the emergency department, at the same time sprayed disinfection of the screening area, the entire emergency department and reported to the hospital’s medical staff. The functional unit conducts investigation and tracing of cases of contact with infected cases in this area.

Because the patient has been threaded from the beginning, after fully implementing the disinfection procedures, the hospital continued to receive emergency patients at 13 pm on 9-6.

The functional forces are investigating, tracing, locating cases of contact with the two patients, blocking the area where the patient resides, taking samples for extensive testing, investigating and verifying the source of infection. 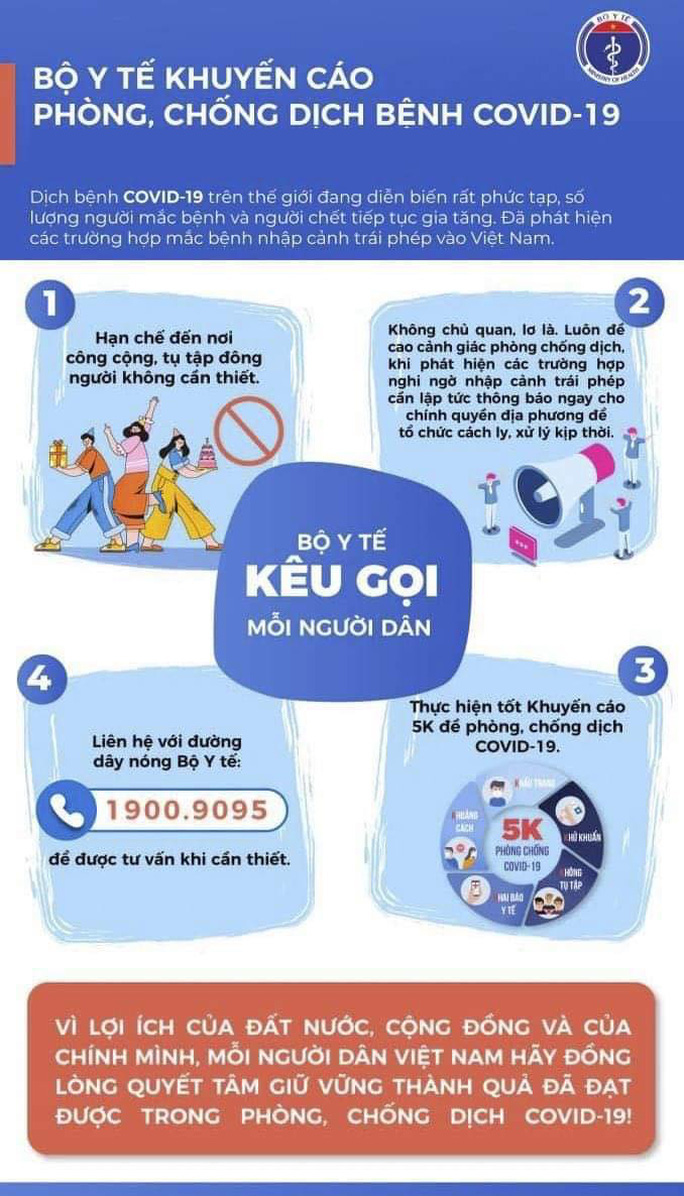