KIA Carnival in Vietnam continues to increase in price, the highest is 20 million VND 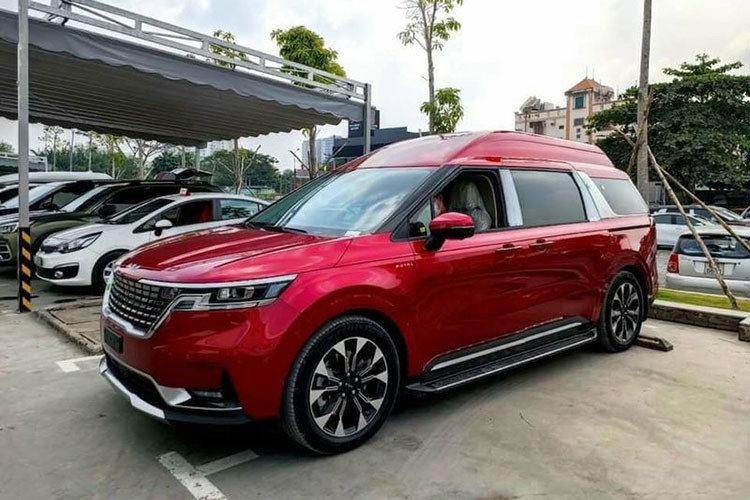 Specifically, the adjustment level KIA Carnival price increase applied on 2 versions, Signature 2.2D and 3.5G with an increase of 20 and 10 million dong, respectively. Thereby, bringing the new selling prices of these two versions at 1,489 billion and 1,849 billion dong. The remaining versions will keep the same selling price.

It is known that since the market launch in October 2021, this is the 3rd time KIA Carnival Signature 2.2D adjusted selling price. The total of 3 price adjustments has increased to VND 50 million. The reason for this price increase is not disclosed by the manufacturer, but it is most likely due to the lack of components manufactured according to the general situation of the market.

The two versions of the price increase are chosen by many Vietnamese people when they own the most advanced equipment of this car. Among them are the “full” LED lighting system, 19-inch wheels, 2 12.3-inch screens, 12-speaker Bose sound or push button detonation.

Not stopping there, these 2 versions also bring other features such as: electronic parking brake, automatic air conditioning, color-changing interior lights (mood light), electric sliding doors, electric trunk, 2 The sunroof or the interior of the car has a 7-seat layout with the middle row having 2 separate seats.

Notably, these two Signature versions also possess modern safety features that other KIA Carnival versions do not have, such as lane-keeping assist, collision-avoidance braking and adaptive cruise control. way. Along with that are front / rear sensors, 360-degree camera and 7 airbags.

With a price difference of 360 million VND, the main difference between the two versions mentioned above comes from the engine. In particular, the 2.2L diesel engine produces 199 hp and 440 Nm of torque, while the 3.5L petrol version has a capacity of 268 hp and 331 Nm of torque. However, both versions use the same 8-speed gearbox.