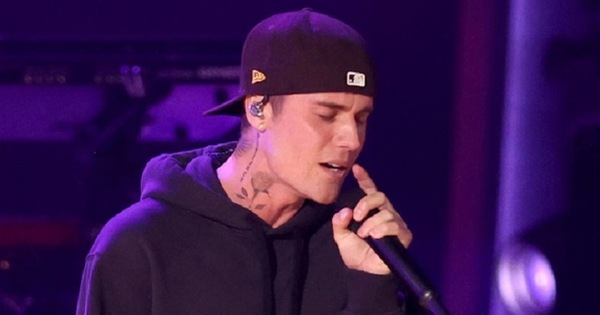 In the 2 minute 54 second post, Bieber explained and proved he was suffering from Ramsay Hunt syndrome, a rare virus that affects the nerves in the face and can paralyze facial muscles.

“As you can see, this eye doesn’t blink. I can’t smile on this part of my face. This nostril doesn’t move. So this side of my face is completely paralyzed,” Bieber said. clearly explained in the video posted on 10/6 on Instagram.

However, in general, Bieber is still optimistic and has a positive attitude when he believes that he will overcome the disease with exercise and treatment to “return the face to the way it was”.

Follow Varietypossibly due to the negative reaction from fans about the vague reason Justin Bieber gave earlier to cancel the shows, which led the male singer to go on social networks to explain and prove that he has a rare disease.

Earlier, Bieber’s cancellation notice read: “Due to an illness unrelated to COVID-19, the Justice Tour concerts in Toronto this week are cancelled.”

Those who attended Justin Bieber’s shows last week in Brooklyn, New York, said the singer had been performing consistently and was symptom-free similar to what he described in the Instagram post. However, Bieber was quieter than usual.

If not treated promptly, the disease can cause permanent hearing damage. Even with early treatment, this syndrome can cause pain that lasts for months and causes temporary hearing loss.

It is likely that Justin Bieber’s concerts in Los Angeles, US in early July, as well as his European, South African, Australian and New Zealand tours for the rest of this year will also be postponed or canceled. .