Italy in search of the right striker, against Holland it’s up to Immobile 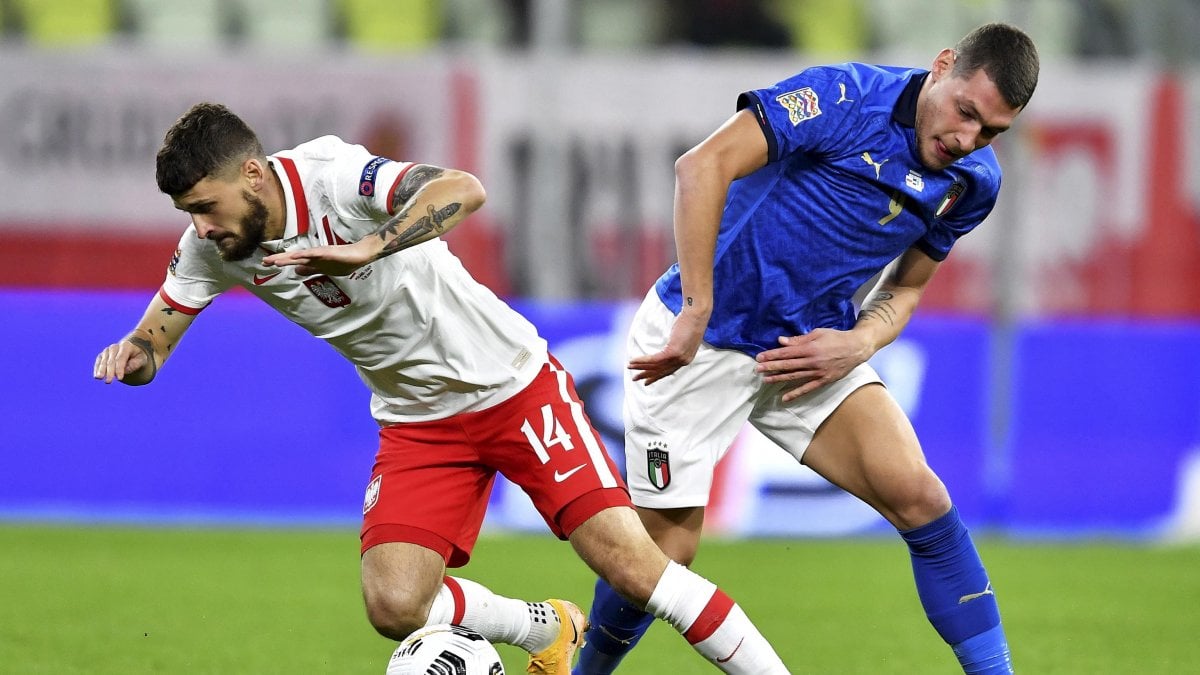 For obvious symbolic reasons, Italy-Holland next Wednesday in Bergamo cannot be any match, even more so in these days of coronavirus resurgence. But it can’t even be for more prosaic reasons, the sports ones. In fact, the classification of group 1 of the Serie A of the Nations League says that Mancini’s national team, beating the Dutch again after the 1-0 in September in Amsterdam and then also Poland in November in Reggio Emilia, would probably make the last one superfluous. commitment at home to Bosnia, he would qualify for the Final Four with the right to organize it in Milan and Turin and would protect himself from any surprises in the draw for the 2022 World Cup qualifiers, thanks to the armor – Fifa classification in hand – of a place between the ten European seeds: Switzerland’s defeat against Spain was cynically useful for the blue ranking and even in the upcoming duel between Germany and Switzerland, someone could lose points.
National

Poland-Italy 0-0, the Azzurri do not pass but retain the primacy

Chiellini, Spinazzola and D’Ambrosio are back

Since these are the premises of the match in Bergamo, Immobile’s dissatisfaction with the bench in the 0-0 in Poland is dissolved, where the Golden Boot wanted to duel with Lewandowski, the untitled Golden Ball only because France Football has decided not to assign it due to pandemic. Mancini left out Immobile according to the usual alternation with Belotti (who will not be able to play against Holland because he was disqualified), but the top scorer among the top scorers can be consoled: the coach clarified that the inclusion in the final in Gdansk of Caputo place of Belotti himself a prelude to the need to preserve the energy of the center forward to be allocated to the most important game. With him, captain Chiellini and Spinazzola and D’Ambrosio full backs are candidates to return. They hope to have some space, perhaps still with the game in progress and thanks to the 5 substitutions cleared by UEFA for the Nations League, including Kean, Berardi and El Shaarawy outside, perhaps Locatelli in midfield. But even in a calendar that is too full of close engagements, high turnover cannot become the rule: the coach – who in any case must check the conditions of all the blues tomorrow, before deciding – will go beyond the simple opportunity not to burden the players with a excessive number of consecutive games. Rotations cannot exceed the threshold of disruption of the formation.

Juventus Church under the rays of criticism

In attack, however, the perennial runoff in the center between Immobile and Belotti, extended for now part-time in Caputo, confirms that there are potentially 3 players per position and that some jerseys among the 23 of the squad for the June European Championship have not yet an owner. It’s all about taking advantage of the opportunities. The first were for Chiesa and Kean, as he had announced and as Mancini confirmed. The Church, which could consecrate itself as titular, did not exploit it. He will have others and a place among the 23 is not in question for him, but the weight of the responsibility of having to prove himself up to Juventus and the role of transfer man is not easy to bear: from now on it will be his burden. and every mistake, such as the missed goal in Danzig, will be dissected under the microscope of criticism. Kean entered the field better, but above all for him other proofs are needed: the place among the 23 must be earned and the PSG full of attacking champions does not exactly seem the freest showcase. The race for the call to the European Championship in June has just begun and Insigne’s momentary absence due to injury opens up space for the competitors on the left, where Pellegrini did well in the first half.

National, Mancini: “We could have won, penalized by the pitch”

Jorginho and the Bergamo field

The blue staff will pay particular attention to the gardeners of the Bergamo field, because the organizers of Poland-Italy, engaged in the containment measures of the coronavirus inside a stadium open to a quarter of potential spectators, did not care much about the lawn of the ‘Energa Stadion. Bluntly said by the blues, “it sucked”. Mancini indicated him as the main obstacle to the game of a national team devoted to dribbling and looking for a deep pass. If this time the midfield stammered – Italy’s strong point, the coach’s obsession and proposed in the Barella-Jorginho-Verratti standard version – the coach argues that the reason must also be found in the impossibility of controlling the ball. The practical demonstration of the concept is that Jorginho, who is certainly not lacking in technique, was unusually imprecise even in some generally simple plays for him. The opportunity for redemption comes immediately: it is the only advantage of the clogged calendar.