iPhone 13 will have 4 versions 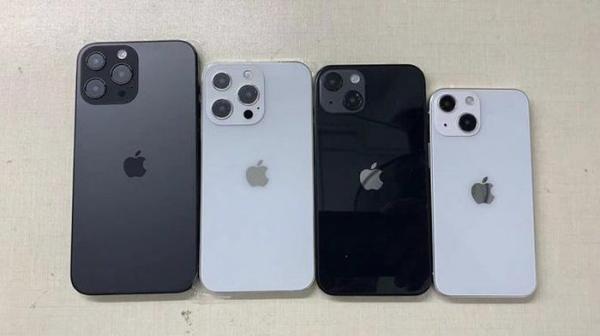 Recently, actual images of 4 models of iPhone 13 have suddenly been leaked online. This photo was posted by famous leaker Sonny Dickson, along with renders and hands-on videos of cases for this year’s iPhone line.

Through models and renders of the case, it can be seen that the iPhone 13 series will still use the same design language as its predecessor with a flat beveled frame, thin screen border and square camera cluster.

Previously, some sources said that Apple will not launch a mini version of iPhone 13. According to TrendForce, Apple’s iPhone assembly lines have now stopped assembling iPhone 12 mini.

Recent rumors show that the iPhone 13 series will run the latest A15 Bionic chip, RAM from 6 GB, screen supporting 120 Hz refresh rate instead of 60 Hz as currently. The device also has a smaller “rabbit ears”.

In addition, some rumors suggest that the iPhone 13 will use a dual unlock mechanism, combining Face ID and a fingerprint sensor. The device also supports the new generation Wi-Fi 6E technology and upgraded the camera image sensor.

Apple is likely to introduce iPhone 13 – its next iPhone generation in September this year, specifically on September 14. After the launch, the new iPhone line will begin to be pre-ordered from September 17 and officially on shelves on September 24, according to Apple’s annual launch schedule.

iPhone 13 will have 4 versions