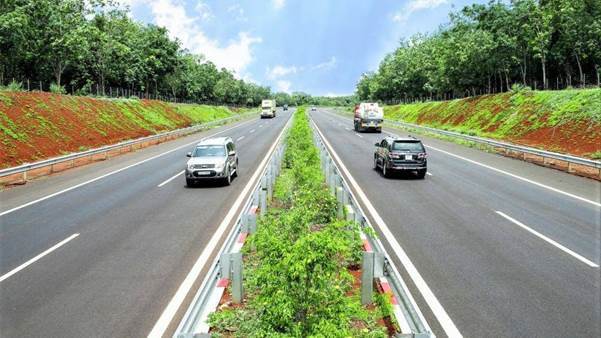 It is expected that this road is 67 km long, 4 lanes with a total cost of about 18,000 billion VND. When completed, the Tan Phu – Bao Loc expressway will shorten the travel time from the Central Highlands to the Southeast, and also contribute to reducing traffic congestion on Highway 20.

In addition, Bao Loc has also selected an investor and plans to build Loc Phat airport with a scale of 50-100ha to form a 3C airport. Airport currently owns a system of runways 1300m long – 30m wide. If it is upgraded and put into operation, Bao Loc will have a leap, approaching the targets of a grade I city.

Positive changes in transport infrastructure have become a springboard to bring Bao Loc real estate to domestic and foreign investors, creating a driving force for the comprehensive development of the Southeast and Central Highlands. According to experts, Bao Loc is gradually becoming the “capital” of the Central Highlands economy, thereby contributing to stimulating real estate development.

Tourists appreciate Bao Loc located not too far from Ho Chi Minh City, only about 193km and the cool fresh climate all year round with beautiful landscapes still retaining its pristine beauty. Tourists come here also enjoy the natural resort space. Combined with increasingly convenient transportation, Bao Loc attracts a large number of modern communities – those who love green living and want to own secondhome in the tourist city.

According to the general planning project of Bao Loc City and the vicinity until 2040, the urban space will expand to more than 597 km2, including the communes of Loc An, Loc Tan, Loc Thanh, Tan Lac and Loc Nam (district Bao Lam). It is oriented to become a modern green eco-city, friendly service and smart agriculture and industry.

This project helps expand Bao Loc’s land bank and becomes the foundation for building high-end resort real estate projects. That is also the reason that recently, a series of “big” real estate in the South participated in this potential market.

The city has 48 projects calling for, attracting investment to build an eco-city and a service and a resort. Some key projects such as complex of commercial area – 5 star hotel (at Bao Loc old market); Loc Phat – Loc Thang golf course; service complex, eco-tourism, golf course, cable car of Sapung mountain, scale over 2,500 ha. Project of urban area, entertainment service – resort of Nam Phuong 1 lake and Nam Phuong 2 lake with a scale of about 390 ha, in ward 1 and Loc Phat ward …

According to experts, Bao Loc attracts large corporations because of its good growth potential. There is a steady increase year over year, but the land price here fluctuates around 13-20 million VND per m2 in the central area. This advantage helps Bao Loc market become a destination for high-end resort projects, contributing to forming a modern civilized community in the future.