In the middle of the night, the Ministry of Health has sent an express dispatch to express a drug line in a mental hospital 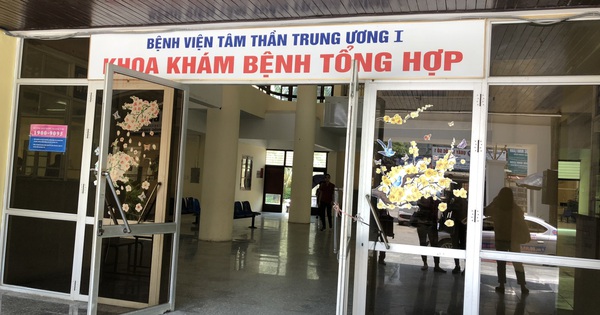 Nearly 23:00 on March 31, the Ministry of Health sent an express dispatch to the Hospital Director Mental Central I strongly recommend verifying and handling cases related to drug cases at Central Psychiatric Hospital I.

1 Central Psychiatric Hospital, where a drug trafficking line in the guise of a mental patient is discovered

Official letter signed by Mr. Vuong Anh Duong – Deputy Director of the Department of Medical Examination and Treatment, the Ministry of Health – signed clearly on March 31, on the media reported “The patient leads the drug line immediately. in the Central Psychiatric Hospital I ”. The content reflects the drug-related crime investigation police department – Hanoi police successfully destroyed a drug trafficking line led by a patient being treated at Central Psychiatric Hospital I with a a number of details related to the hospital such as renovating the treatment room into a soundproof room, installing large loudspeakers, laser lights to serve the illegal use of narcotics; facilitated freedom of movement, living according to needs …

Following the direction of the Minister of Health and the Director of the Department of Medical Examination and Treatment Administration via the hotline, the Department of Medical Examination and Treatment, requested the Director of Central Psychiatric Hospital I to urgently consider, clarify the cause of the case, closely coordinate and create all conditions with the police and legal protection agencies to promptly investigate and strictly handle the right person and the correct crime.

Strengthen the security and order of the hospital, review and rectify the patient management process during inpatient treatment in accordance with regulations. At the same time, to quickly report the case to the Department of Medical Examination and Treatment Management, the Ministry of Health before 10:00 am on April 1.

This line was led by Nguyen Xuan Quy (SN 1983, residing in Thanh Tri district, Hanoi city). You are being treated at the Central Psychiatric Hospital 1. This subject establishes a base, with the aim of allowing himself and his juniors to organize drug purchases and sales, right at the treatment room.

Hanoi police said this was the first time that a very new trick was discovered, hiding the shadow under the label of a mental patient to turn inpatient prevention into a place for drug trafficking and possession.