I had blood in my stool, thought I had hemorrhoids, but I didn’t expect digestive cancer 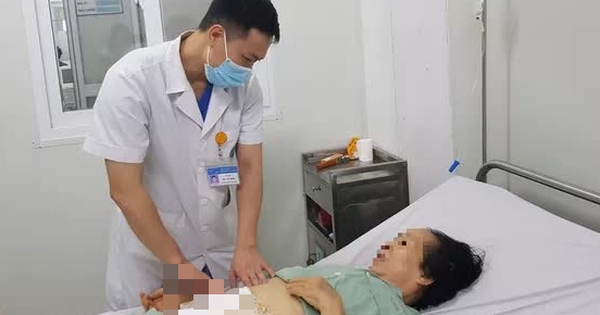 The patient said that for many years, she felt uncomfortable in the abdomen, had blood in her stools, but thought it was a sign of hemorrhoids, so she did not go to the medical facility for examination. When these signs became more and more frequent, abdominal pain, loss of appetite, and bloody stools did not improve, she went to check.

Doctor Nguyen Manh Tuan, Department of Gastroenterology, Ha Dong General Hospital, said that patient L. was admitted to the hospital in the night with a thin body, blue skin. The patient had a history of hypertension, diabetes, bronchial asthma and frequent bowel disorders. Bloody stools persisted for many years.

Receiving the patient, the doctors carried out resuscitation, ordered scans and performed tests for the results that patient L. had middle third rectal cancer T3N1Mo. After the patient received resuscitation treatment to improve his condition, the doctor assigned to cut the rectal tumor by endoscopic method. Intraoperative injury for large rectal tumor has invaded the sacral region.

With elderly patients, many challenges are posed during surgery. The surgery lasted 4 hours, the tumor invaded the surrounding causing a lot of bleeding. Realizing that the patient’s condition was extremely critical, the emergency crew carried out active resuscitation, and at the same time activated the red alarm in the hospital to consult the Board of Directors, quickly mobilize the medical team. specialists to save lives.

The doctors performed a ligation of the bilateral iliac arteries, blocked the bleeding and transfused 39 units of blood to the patient, and at the same time had an online consultation with the doctors of Viet Duc Hospital.

The surgical team worked closely together to best prepare for the surgery. The doctors performed laparoscopic rectal resection and lymph node dissection for patient L. The patient recovered well and was discharged after 10 days of treatment. 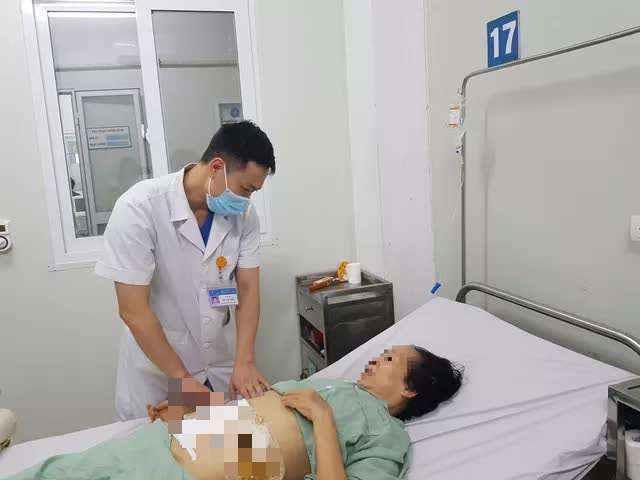 According to Dr. Tuan, many families with elderly relatives who are diagnosed with cancer are often worried, even having the mentality of giving up and not getting treatment. “Age is one of the issues that need to be considered when conducting cancer treatment, but it shouldn’t be so hastily given up. If the conditions allow and the technique is guaranteed, surgery should still be carried out to help improve the quality of life. improve the quality of life for patients,” said Doctor Tuan.

If detected and treated at an early stage, it helps to minimize complications, difficulties in surgery as well as in treatment and the risk of invasion or metastasis, which is life-threatening.

People with a history of chronic gastritis, gastritis, a family history of gastrointestinal cancer (esophagus, stomach, colorectal), or unexplained weight loss symptoms , constipation, bloating, blood in urination and defecation, vomiting blood … should go to the doctor immediately for screening, detection and timely treatment.

Experts recommend that gastrointestinal cancer is a common cancer, especially colorectal cancer and stomach cancer, which is on the rise. Therefore, colonoscopy every 6 months is decisive to diagnose the disease at an early stage, because small lesions or tumors in early stages often have no symptoms.