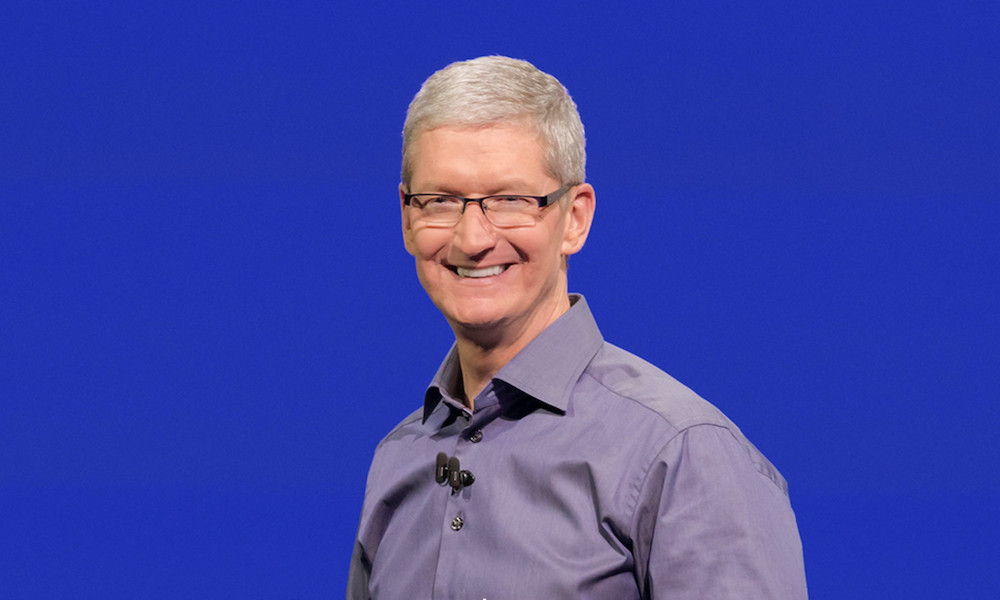 Inability to create a product as good as Steve, but Tim Cook has built a “fortress” of gadgets and utility services around the iPhone.

In January 2012, when he was still Vice President of America, Joe Biden once asked Tim Cook – CEO of Apple, why can’t the company manufacture iPhone in America?

This question was asked by Biden Tim Cook at a dinner with the participation of many leaders and senior managers of leading technology enterprises in the United States such as Netflix CEO – Reed Hastings, Google’s Executive Chairman – Mr. Eric Schmidt and Facebook Operations Director – Ms. Sheryl Sandberg.

Those who attended that evening understood that the idea of ​​making an iPhone or any other sophisticated electronic product on a large scale or in the US was too difficult a task.

This time, Barack Obama is in the process of campaigning for re-election for US President. Three months earlier, Tim Cook’s founder and predecessor, Steve Jobs, passed away.

The major Asian contract manufacturers of electronics, especially the group of Apple partner companies, have built many large-scale factories equivalent to cities with the participation of hundreds of thousands. highly skilled workers. In America at that time, all equivalent factors did not exist. Workers in China accept to work for long hours and receive only a fraction of the wage of workers in the US.

Another Silicon Valley tech business executive who witnessed the exchange between Tim Cook, Biden and John Riccitiello, even asserted that he didn’t see Cook capable of it.

Biden’s question confused Tim Cook, who then took over as CEO of Apple. He himself is the “architect” of the strategy of outsourcing Apple products in China, a trend that worries the Obama administration.

However, Cook is also known as a very good communicator and knows how to relieve political pressure. He is considered to have much better diplomacy than Steve Jobs.

Obama once asked Steve Jobs the same question and received a curt answer, published in the New York Times: “Those jobs will not return”. Meanwhile, Tim’s response is softer. Later that year, Tim Cook announced a new move that had political significance: Apple would begin making several Mac computers in the US. But since then, Apple’s reliance on China has been even greater.

In 2016, Tim faced a political predicament. That was when Donald Trump was elected President of the United States from a campaign with the support of anti-China people. Risks mount before a trade war and the politician’s promises to return jobs from Shenzhen factories back to the US. That is not to mention the challenge of the Covid-19 pandemic and the rising antitrust sentiment.

Oddly enough, though, Apple still thrived under Trump. In January 2018, Apple’s market capitalization reached a trillion dollars. 24 months later, when Donald Trump was busy chanting the slogan that supply chains in China should be brought back to the US, Apple’s market cap exceeded $ 2 trillion.

No one can deny Tim Cook’s merits, including employees who work or have quit at Apple or executives at rival businesses or American politicians.

Trump once called Tim Cook “Tim Apple” and was quite happy with him. At the same time, Beijing is also very pleased with Cook, and Apple is making more and more money from iPhone phones.

How Tim copes with political pressures shows how he will likely behave under President Joe Biden. Over the next four years, the White House will continue to strengthen manufacturing in the US while supporting Congress to implement anti-competitive policies that Facebook and many other tech companies say. Apple has too much power.

But Tim Cook is very “hands on”. He has increased his influence on the mobile phone industry, while at the same time fulfilling his commitment to privacy – something social media companies demand. His behavior helps to adapt very quickly to polarizing political situations.

Many of America’s top business executives praised him for his diplomatic skills and instincts. Billionaire Warren Buffett, who knows Tim Cook very well and is also a major shareholder at Apple with an estimated $ 111 billion stake as of the end of September 2020, commented: “Tim may not have. his ability to design products is as good as Steve’s, but he understands the world so much that in the past 60 years I have met very few people like that.

There is a very different approach with suppliers and production partners

Cook joined Apple in 1998 after working for many years at IBM, as well as having a stint at Compaq. He works 18 hours a day and sends emails all night. When not working, he spends a lot of time in the gym.

Unlike Jobs, he doesn’t have the qualities of an artist. A former Apple executive said: “He works all the time. I even find that he is very boring.”

The fact that Apple continued to thrive after Steve Jobs was arguably the great quality of its products, starting with the iMac computer. Yet equally important factor in Apple’s current success is Cook’s ability to produce computers, iPod headsets, iPhone phones and iPad tablets in bulk. .

He has adopted the same strategy as HP, Compaq or Dell. Jobs used to dislike this approach, but it was relevant in the era of outsourcing and customizing.

The global supply chain for Apple that Tim Cook built is significantly different from Dell and Compaq. The world’s major personal computer brands outsource both production and design. The results of computer products they produce are cheap but not much different from other products on the market.

Cook, meanwhile, has pressed Apple suppliers to the aesthetic and quality standards that he and Apple’s chief of design, Jony Ive, demand. Apple engineers create specialized equipment for the production of Apple products. They often go to China, spend a lot of time not only in the meeting room but also discuss with production partners to find better solutions together.

Electronic product manufacturers are under contract to work with all the major electronics companies, but Cook took a different approach when he agreed to spend a lot of money on the latest components. from many years earlier. In addition, he signed exclusive contracts so that Apple could get those parts before competitors. At the same time, he urgently controlled costs at Apple.

Daniel Vidaña, director of supply chain management at Apple, said Cook was very concerned with the time it took to finish the product. Because the shorter it is, the happier the customer is and the less inventory pressure is.

While Donald Trump was in office, he and Cook had such a good friendship that many longtime Apple employees were surprised. Cook always kept his stance but still behaved enough to please Trump.

The 2016 US presidential campaign saw his enthusiastic support for candidate Hillary Clinton, as he was dissatisfied with Trump’s immigration, climate change and ethnic policies. But at the same time, he was still participating in meetings between President Trump and CEOs of businesses. In addition, he also joined a golf club in New Jersey and has a close relationship with his daughter and son-in-law Trump.

The director of economic consulting under the Trump administration until 2018, Gary Cohn, estimates that Cook visits the White House every four or six weeks, much more frequently than most industry CEOs. technology.

Cook has a very ingenious way to build relationships with people in the government. Gary Cohn said: “At dinner we are not talking about tariffs or Apple’s technology, but mainly about life. To be a good CEO you need good communication skills and Tim Cook has all these qualities. “

Tim Cook is also ready to do everything necessary to protect the supply chain with a focus on China, even if this does not satisfy Mr. Trump. But on the other hand, he still has a way to make Trump happy.

In mid-2017, Trump told the Wall Street Journal that Cook would build three large factories in the US, but the information was then false and Apple declined to confirm. However, the political influence that Cook created has brought many benefits for Apple.

Dieu Thanh (According to the Bloomberg)