How the Thai ‘giants’ acquired the Vietnamese packaging industry 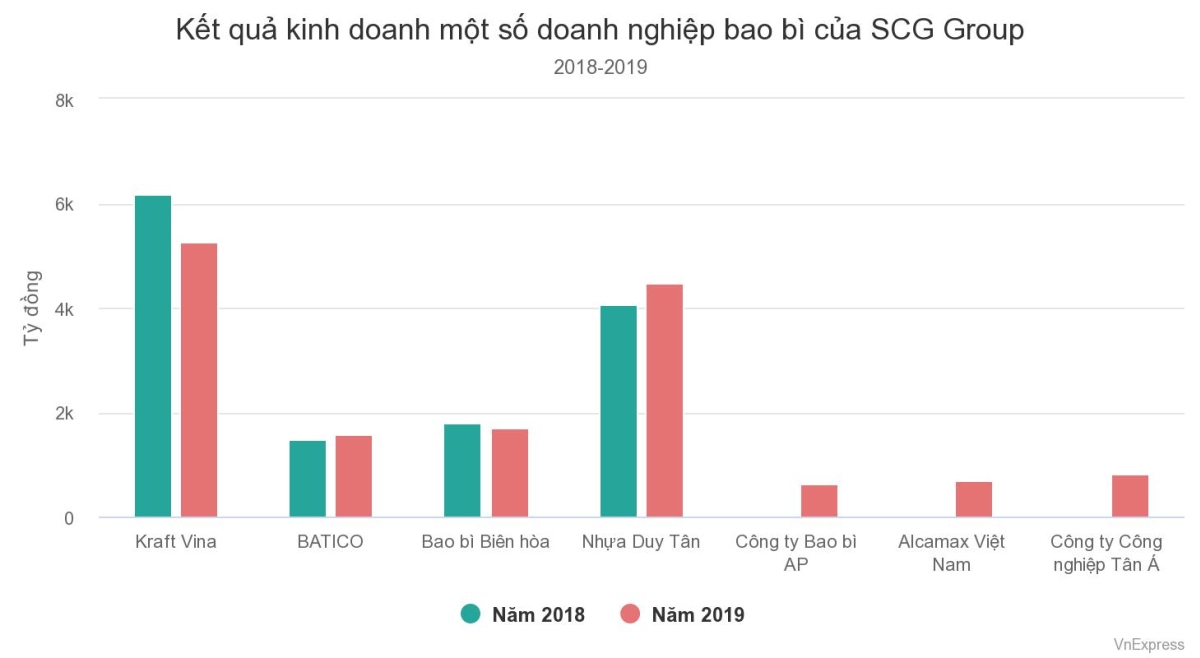 SCG started in Vietnam with joint ventures and investment cooperation, but then accelerated with a series of dominant share purchases, M&A.

This move not only extended the list of SCG’s investments in Vietnam, but also increased the group’s position in the packaging segment, which was already deviated from foreign businesses. With the addition of Duy Tan Plastics, the list of companies in SCG’s packaging segment increased to 8, with total revenue of this business segment surpassing VND 10,000 billion.

SCG Group, a giant Thailand, is one of the leading enterprises in Southeast Asia. The Thai group is also among the earliest foreign investors in Vietnam right after the revised Foreign Investment Law took effect in 1992.

Compared with businesses from Europe, Korea, and Japan, Thai groups are assessed to have some advantages due to their geographical location and cultural similarity. Up to now, SCG Group has managed more than 20 subsidiaries in Vietnam, focusing on three main businesses: Cement – Building Materials (SCG Cement – Building Materials), Petrochemical (SCG Chemicals) and packaging (SCG Chemicals). SCG Packaging).

As for packaging, SCG has been around for more than a decade and accelerated in the second half of 2020. Similar to other businesses, the group started with joint ventures but then expanded faster. through mergers and acquisitions (M&A) deals.

SVI was the forerunner to be the first corrugated paper packaging factory in Vietnam. Duy Tan is also one of the leading companies in the market for hard plastic packaging products.

The revenue scale of Kraft Vina in the last two years reached 5,000-6,000 billion VND, the highest among SCG’s member companies in the packaging segment in Vietnam.

The next two positions are two new deals, Duy Tan Plastic and Bien Hoa Packaging. BATICO, an enterprise that SCG bought 80% of its shares in 2015, achieved revenue of about VND 1,400-1,500 billion in the period of 2018-2019. The rest of the businesses have a turnover of several hundred billion dong per year.

In a report on the packaging industry, FPTS said that most of the firms with large production scale in this industry, including paper packaging and plastic film packaging, are foreign invested (FDI). ).