HOT: Roadmap of a prosecutor working with a Covid-19 patient 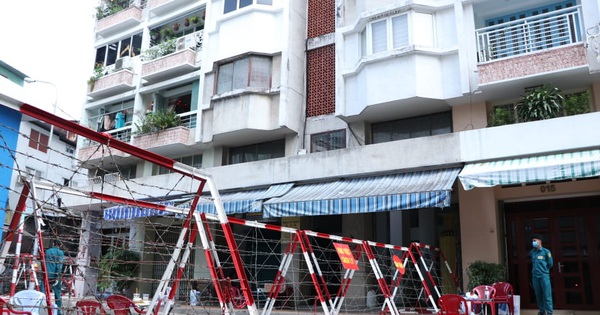 On the morning of December 31, a source said that a man working at the People’s Procuracy of a district in Ho Chi Minh City was conducting concentrated local isolation due to the patient’s F1 (BN) 1451.

Before that, on the evening of December 24, Mr. H. went to Abu bar (32/10 Bong Sao, Ward 5, District 8, Ho Chi Minh City) to eat and talk to BN 1451. Morning 25-12, Mr. H. to work with a mask and keep distance from contact. After that, Mr. H. attended the online conference of the district where Mr. H. worked and did not interact with other people. After returning to the office, Mr. H. had contact and talk to keep distance with a woman named N. in his office.

On the afternoon of December 25, Mr. H. entered his office, entered the criminal room on the ground floor, did not talk to anyone. When he got home, Mr. H. met with his wife and two children. That same evening, he went to Abu’s and went home. At this time, Mr. H. did not have close contact with anyone.

On the evening of December 27, after the authorities officially announced the patient 1451, Mr. H. contacted the local medical center to make a medical report. The next morning (December 28), Mr. H. performed central isolation and was sampled to test for SARS-CoV-2. His wife and two children also followed the quarantine according to regulations.

In another development, Mr. H. has a younger brother named D. (52 years old, in Binh Chanh, Ho Chi Minh City), who is an employee of the Abu bar. Mr. D. also had close contact with BN 1451.