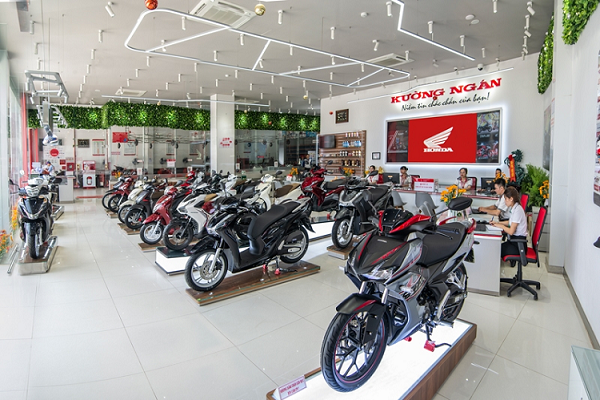 Established in 1996, 2021 is the 25th year since Honda was established and developed in Vietnam. According to the Honda VietnamThis is a memorable milestone marking the sustainable development and proving Honda’s long-term investment in Vietnam.

In the business segment motorcycle manufactureUp to now, Honda Vietnam has produced, imported and distributed 30 models of different models to the market. The distribution and service network has been extended to 801 Honda Authorized Vehicle and Service Shops (HEAD), 117 Service and Service Centers (WSS) and 03 Honda Large displacement vehicle shops. country.

Besides, Honda Vietnam also exported more than 994,000 motorbikes to countries around the world with a total value of components including more than 2.4 billion dollars.

While in the auto business segment, Honda Vietnam’s accumulated car production has exceeded 100,000 vehicles. Cumulative sales have reached more than 154,000 vehicles of all types (assembled and imported).

Currently, Honda Vietnam is distributing 6 models, including 2 domestically produced models, City and CR-V; 4 imported models are Brio, Civic, HR-V, and Accord. The network of Honda auto distributors meeting 5S standards nationwide has been raised to 42.

During the past 25 years, Honda Vietnam has not only strengthened and strengthened production and business activities, built the foundation and boosted exports, but also paid special attention to the implementation of social responsibility.

With the goal of becoming “the company expected by society”, Honda Vietnam said it will continue its efforts to bring the best products and services to satisfy the highest customer satisfaction.