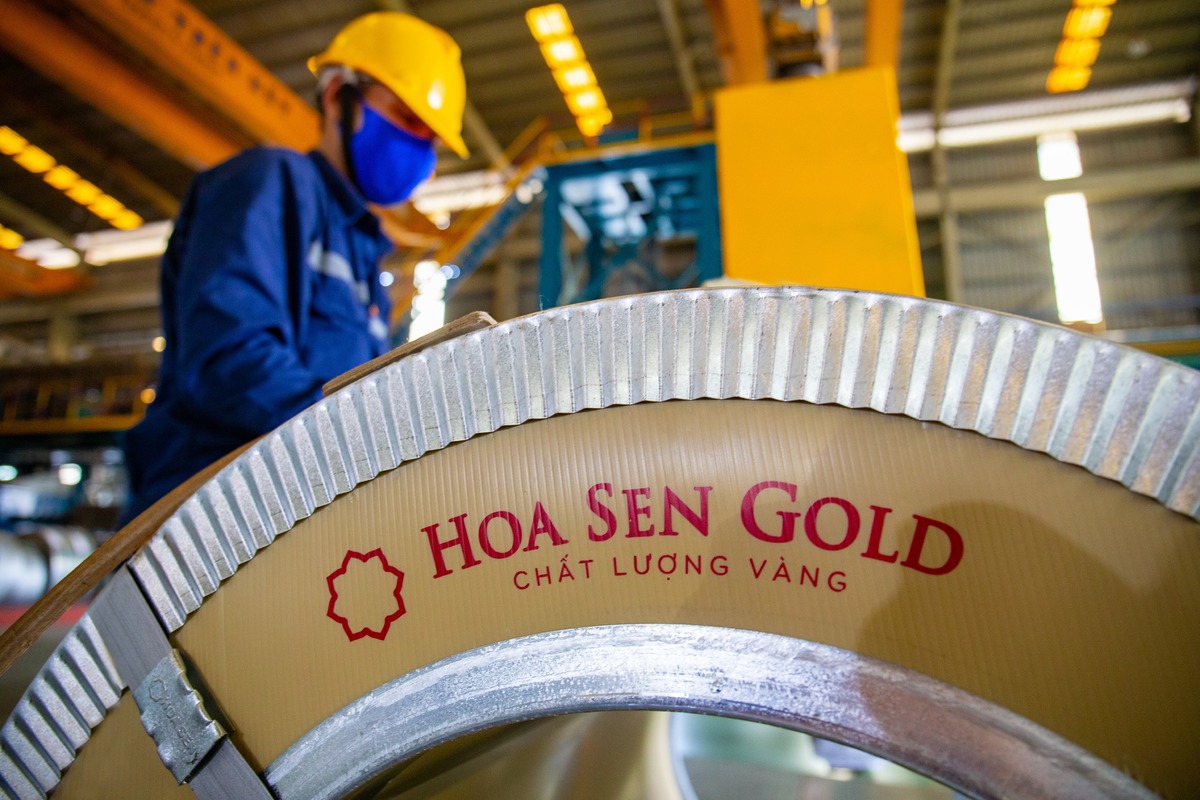 Figures recorded in the consolidated income statement in the fourth quarter of fiscal year 2019-2020 (from July 1, 2020 to September 30, 2020). Accordingly, consumption volume in the last quarter was estimated at 525,227 tons, revenue of 8,349 billion VND, up 46% and 31% respectively over the same period. Consolidated profit after tax in the fourth quarter was estimated at 400 billion dong, 4.8 times higher than the same period.

Accumulation of the fiscal year 2019-2020, consumption output reached 1.6 million tons, an increase of 9% over the same period, completing 108% of the plan, revenue 27,538 billion VND, equaling 98.2% over the same period. period, completing 98.4% of the plan. This group recorded a profit after tax of 1,100 billion dong, three times higher than the same period and 2.8 times higher than the plan. With positive business results, Hoa Sen Group returns to the group of businesses with trillion dong in profit after tax.

US-China trade tensions that began in March 2018 have affected the world economy. From this difficulty, Hoa Sen Group has started to restructure. After more than two years of implementing a different business and management strategy, the enterprise has successfully solved three major problems of output, revenue and asset management, thereby earning the first “fruits”.

Not pursuing the policy of chasing production, no price competition, Hoa Sen instead focuses on improving the level of technology and technology, upgrading product quality, targeting markets and high-margin products, exploiting the competitive advantage of 536 branches and stores nationwide, increasing the gross profit margin. This has led to a sharp increase in profits in recent quarters.

In addition, this group has comprehensively restructured production and business activities, converted a series of branches into stores according to the model of a provincial branch, thereby streamlining the apparatus, reducing management costs. At the same time, the successful operation of the ERP system to manage all production and business activities has reduced the cost of business management.

Important strides in business strategies, from restructuring to cost-effective management and export development, have helped boost profits. Signs of economic recovery, supportive policies from the Government and the foundation and internal potential of Hoa Sen promise to create a driving force for this business to maintain its strong growth momentum in the coming time.