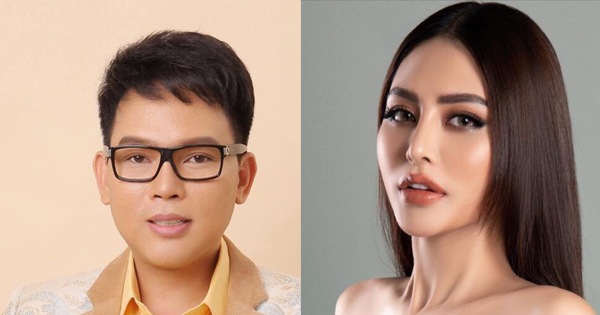 On the afternoon of June 10, the Golden Palm contest (a national-scale makeup contest) was announced in Ho Chi Minh City. This contest is for those who love and have the ability to make up, with no age limit. This is also a new point of the Golden Palm Season 7 2022 when expanding to many participants.

Director Jos Tuan Dung added a new point, Golden Palm 2022 will be recorded in the form of a reality TV show. Accordingly, the program has 6 contest episodes from the entrance round to the final round, including topics: bridal style, beauty style, advertising photography, character styling, and character makeup. movies, plays…

Through each round of the competition, it helps candidates to generate creative ideas, and at the same time helps them improve their professional qualifications and practical experience.

This contest returned after nearly 3 years of being affected by the pandemic, so the organizers decided to take the theme “Changing life”, thereby inspiring young people who are passionate about makeup.

Talking about the grading criteria, Miss Di Kha Han shared with Youth Online: “Before being Miss, Han was also a contestant, so she should understand the psychology of the contestants. During the journey, Han will accompany and support you mentally. As for the criteria, Han focus on professional ethics. Every contest has competition, hope you compete in a civilized and kind spirit.”

Makeup artists Duc Loc and Lam Nguyen are also “golden palm trees” who came out of the contest, having created certain success.

Miss Giang My looks for the Golden Palm Tree 2017

TTO – As a member of the special jury of the Golden Palm 2017, Miss Giang My will join the city’s top makeup artists to find out the “golden palm trees” of 2017.