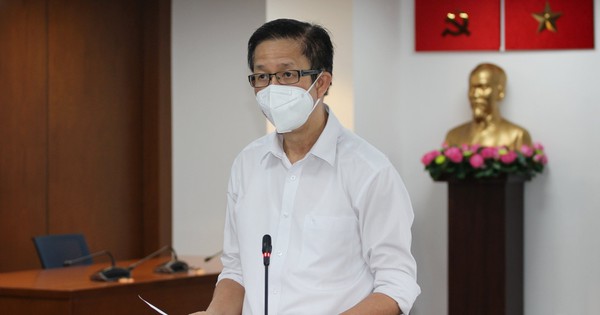 At the regular press conference on the afternoon of September 23, information about the epidemic situation in Ho Chi Minh City, Mr. Pham Duc Hai, Deputy Head of the City Steering Committee for Covid-19 Prevention and Control, said that as of 6pm on the 22 September 9, Ho Chi Minh City recorded 354,193 cases of Covid-19 announced by the Ministry of Health. Ho Chi Minh City is currently treating 40,973 patients.

Regarding the large-scale testing in the area, Doctor Nguyen Hong Tam, Deputy Executive Director of the Center for Disease Control of Ho Chi Minh City (HCDC), said that the city is showing positive signs after the day of widespread testing. Firstly. “The positivity rate in “green zone” is 0.1%, “near blue” 0.3%, “yellow zone” 0.3%, “orange zone” 0.5%, “red zone” 0, 7%” – Doctor Tam informed.

According to Dr. Tam, HCM City still maintains F1 tracking and management activities, but less than before because it is implementing Directive 16. Besides, F1 is almost in the same house as F0, so it is managed in parallel with F0. . In addition, in the “green zone”, the number of infections is reduced, travel is easier, so the F1 tracing work will be enhanced and isolated as before.

Currently, the number of F1s in concentrated isolation in Ho Chi Minh City is 1,600 people and 19,500 people are isolated at home. The management of F1 is basically the same as F0 but lighter. These F1s must declare epidemiology and isolate in separate rooms.

More information about testing for the funeral force, Ms. Nguyen Thi Huynh Mai, Chief of the Office of the Ho Chi Minh City Department of Health, said that funeral service workers will be tested like normal people. In addition, those who died from Covid-19 had military forces in charge. The funeral service is mainly responsible for non-Covid-19 deaths. Funeral services companies are associated with hospitals and have contracts to dispose of the body after death. Therefore, hospitals will support this object. 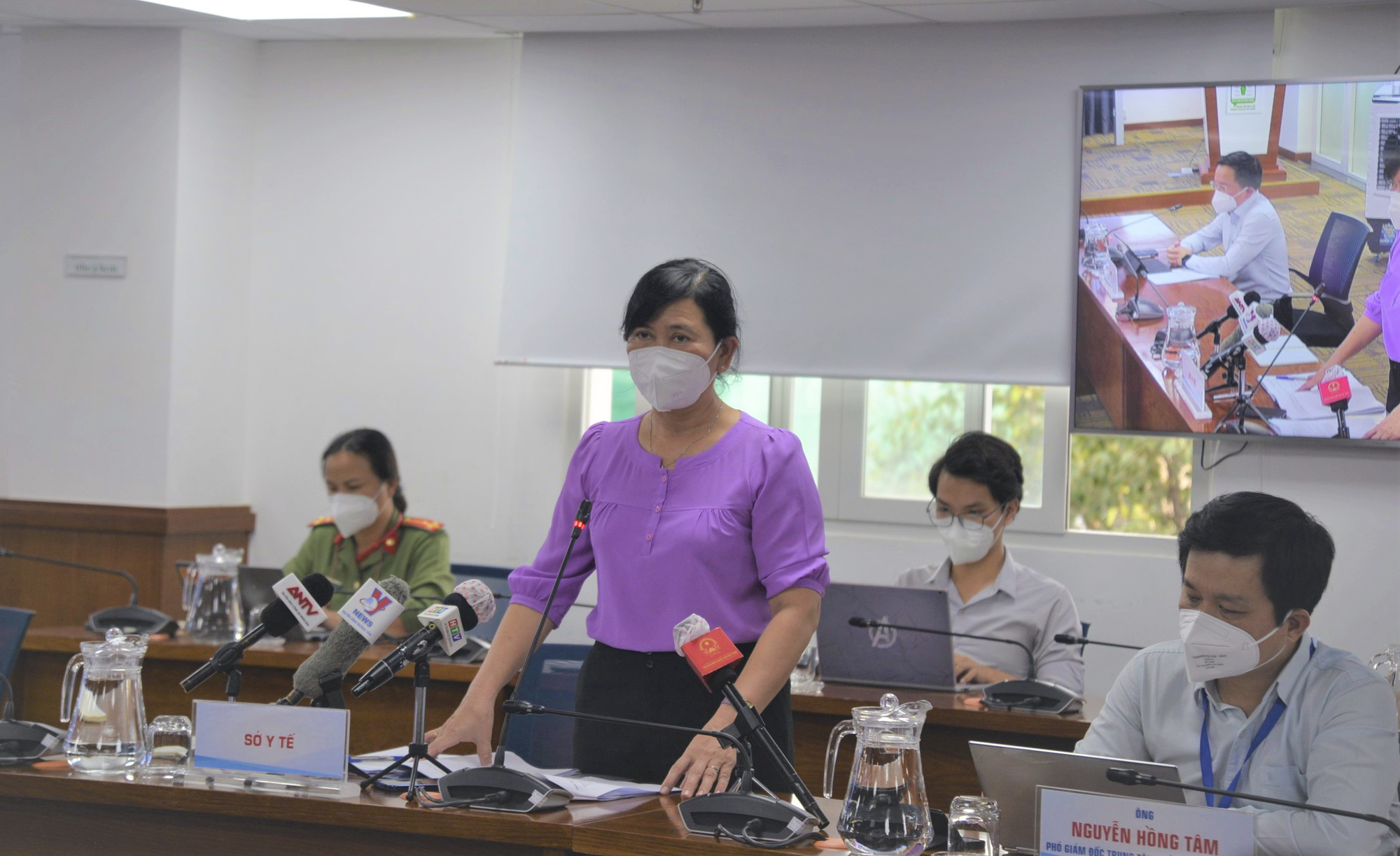 Ms. Nguyen Thi Huynh Mai, Chief of Office of the Department of Health of Ho Chi Minh City informed at the press conference on the afternoon of September 23

Regarding the care and treatment of F0 at home, according to Ms. Mai, this is a model of Ho Chi Minh City that is highly appreciated by the Ministry of Health, aiming to reduce the mortality rate to the lowest. The city has issued many policies to care for F0 at home. “In particular, only Ho Chi Minh City in the earliest and fastest time simultaneously established 500 mobile medical stations to monitor F0 at home with the support of the military medical force” – Ms. Mai emphasized.

The establishment of “F0 home care guidance team” next to medical teams and medical stations is the best move to strengthen and support F0 at home. The structure of the “F0 home care guidance team” includes the Secretary, Deputy Secretary of the ward/commune, the Women’s Union – regularly calls, takes care of, and meets the needs of patients, including spiritual ones, in order to has the best interest for the people.

Explaining the information that Thu Duc City stopped injecting Covid-19 vaccines for people, Mai said that the People’s Committee of Thu Duc City only temporarily stopped vaccination at fixed injection points of 34 wards to focus on testing from September 22 to 30. The Chairman of the People’s Committee of 34 wards will continue to review the cases of people in the area who have not received the 1st injection and at the time of the 2nd dose of Vero Cell vaccine to invite them to inject at the ward health stations. “Maybe people have a misunderstanding, we don’t stop vaccinating in Thu Duc City,” said Mai.

7,500 workers are approved for circulation

Information on the progress of receiving and processing traffic permits for workers, civil servants, public employees and officials who go to work after September 30, Colonel Huynh Quang Tuyen, Deputy Head of the Advisory Department – City Public Security According to the statistics of the City Police, up to now, the unit has received the list from 17 departments and branches with a total of over 7,500 people. City police are updating the VNEID management software to control traffic on the road. 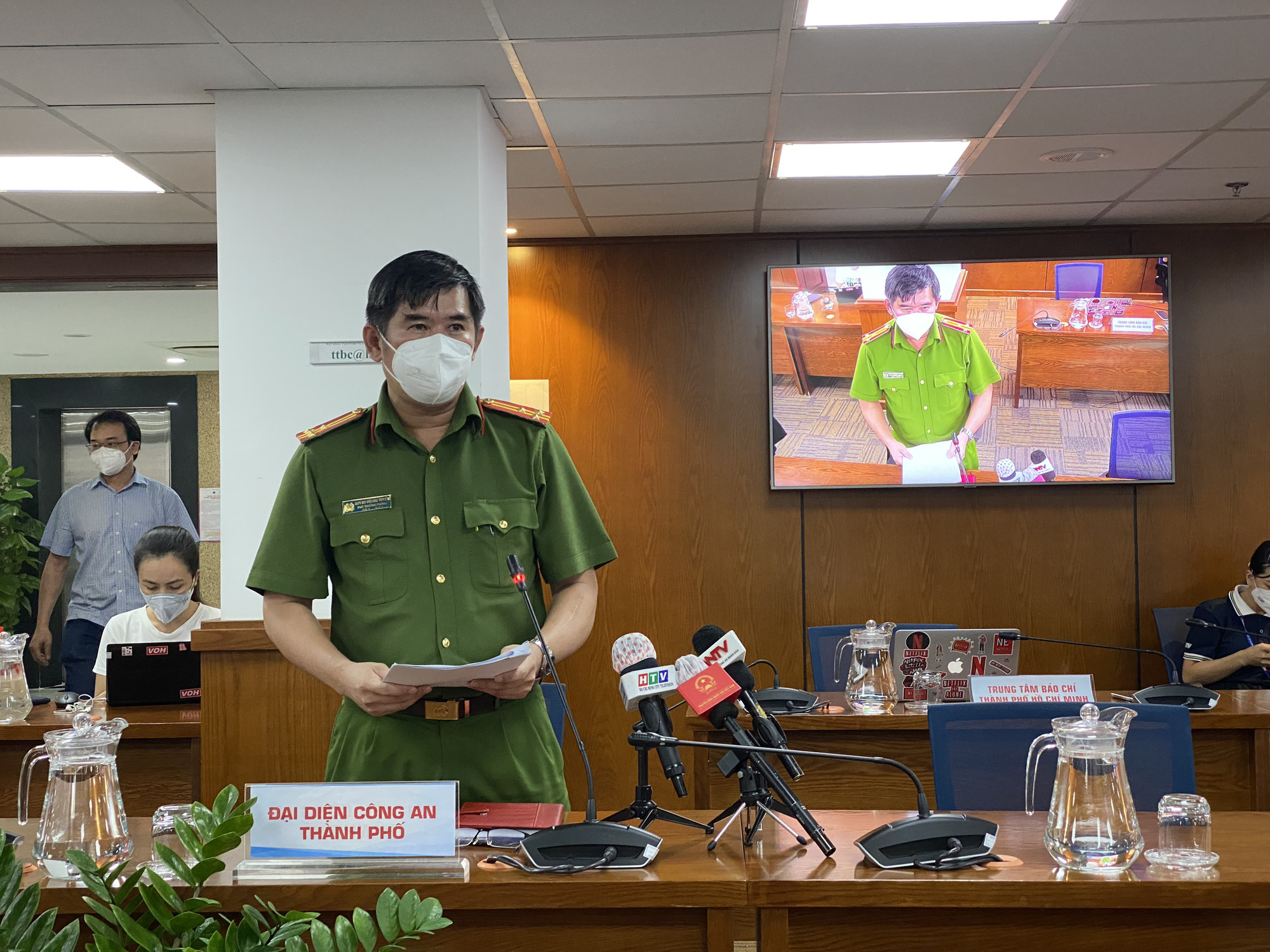 In order to limit the procedure for issuing and exchanging travel permits and the misuse of passports for improper purposes, the Ho Chi Minh City Police propose a solution for officials, civil servants, public employees and employees who are allowed to travel to Vietnam. Headquarters work according to the time of 6:30 – 8:00 and 16:30 – 18:00. The route allowed for traffic is from the place of residence to the office.

Cases of going out to perform tasks (outside the time frame and route) still use the issued travel paper (in case of changing cases, infected with SARS-CoV-2, change the paper). In special cases due to work requirements, the City Police will consider issuing additional travel permits and consider handling each unit.