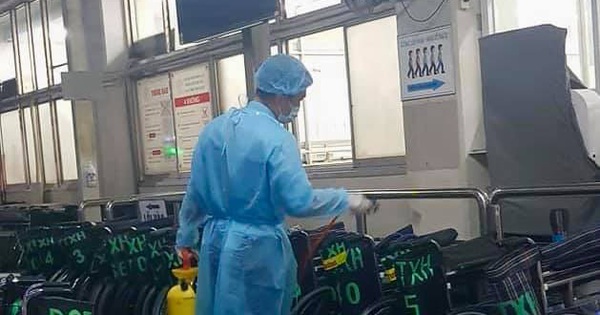 On the evening of December 31, the Center for Disease Control in Ho Chi Minh City (HCDC) said that the competent force had just found a third woman to enter “underground” with the patient 1440.

This woman currently resides in Tan Phu district, HCMC. This person was isolated and sampled for Covid-19.

As Workers Online The woman mentioned above illegally entered 8 other people, going from the border of Myanmar, Thailand, and Cambodia to Vietnam.

When these 9 people came to Bung Nho hamlet, Khanh Binh commune, An Phu district, An Giang province, they split into 2 groups.

Group 2 consists of 3 women, including one who just found, was picked up by TVU driver and picked up from Bung Nho hamlet to Ho Chi Minh city. On the way, a woman got off the bus to Ca Mau, the other two continued to return to Ho Chi Minh City.

According to HCDC, people returning to Ca Mau were discovered and are being quarantined. One of the two returned to Ho Chi Minh City to report to the authorities and is currently in quarantine in Tay Ninh. In both of these cases, the 1st test results on the afternoon of 31-12 were negative for SARS-CoV-2.

The rest of the two women returned to Ho Chi Minh City were taken to the Tan Phu district by a car, a case that was just discovered on the evening of December 31.

Thus, up to now, 3 women who illegally entered with 1440 patients have been found.