Heating cigarettes and e-cigarettes: Difference from product to law 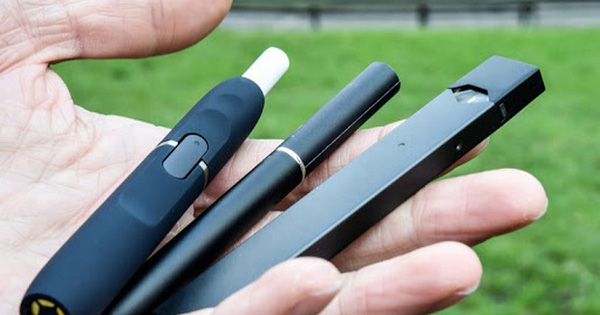 The most basic difference between a heated cigarette and an e-cigarette is the raw material that is heated. Accordingly, heated tobacco differs from cigarette in terms of mechanism of action (no burning process) but heated tobacco contains tobacco material such as cigarette. So, when the electric device is activated, the tobacco material inside will be heated below 350oC (the heating temperature – no burning) to just heat the cigarette and create a vapor (aerosol) containing nicotine. The amount of nicotine in heated cigarettes is similar to that of cigarettes. Meanwhile, e-cigarettes only evaporate solutions with or without nicotine.

In addition, heating cigarettes and e-cigarettes differ in terms of scientific recognition in countries. Most recently, the US Food and Drug Administration (FDA) allowed a US heated tobacco product (which heats dry tobacco raw materials) to be traded and marketed as a cashew tobacco product. Risk adjustment with indications to minimize exposure to harmful substances to the body compared to cigarettes. This is the first and only electrical equipment approved by the FDA. This conclusion means that, compared to cigarettes, the concentration of toxic substances in the vapors of heated tobacco (only FDA-approved products) is less. Specifically, the concentration of carbon monoxide from the gas (aesorol) was equivalent to the normal environment and the concentration of acrolein and formaldehyde decreased from 89% -95% and 66% -91%, respectively, compared with cigarette burned.

Not only Vietnam, but now there are many countries considering the management or not allowing business for electronic cigarette products, heating cigarettes because these products can be harmful. or affect young people. This concern has also been carefully reviewed by the US FDA prior to its decision to allow heated tobacco (only FDA-approved products) to be traded as a hazard-regulated tobacco product. minimizing the user’s body’s exposure to potentially harmful or harmful substances. TS. Priscilla Callahan-Lyon, US FDA representative, in an interview with the press in 2019, said that the heating tobacco products approved by the FDA have a difference, that is, they are larger than most. electronic cigarettes, look very big and difficult to hide. In terms of mechanism of action, users have to buy specialty tobacco products in sets, but cannot buy individual products to use. Therefore, TS. Lyon said that the risk for young people starting to use heating tobacco products is significantly lower (compared to e-cigarettes). This product also does not have as many different scents as flavored e-cigarettes.

One more basis shows that the prevalence among young people, though present, is not to the level of concern raised by health authorities. Accordingly, Japan released data authorized by the Japanese government to show that the level of heating tobacco use among middle and high school students, though very low, is only equal to 1. / 5 compared to the rate of smoking cigarettes burned, ie only 0.1%.

Currently in the new generation of tobacco products, only heated tobacco contains tobacco ingredients, so it is in accordance with the Law on Tobacco Harm Prevention and Control of Vietnam issued from 2012, with Decree guiding the implementation in 2013. Not only that, there are two world organizations including the World Customs Organization (WCO) and the World Health Organization (WHO) that recognize heated tobacco as medicine. WCO also classifies heated tobacco according to the code “Other Tobacco Products”.

Although not approved for trade, these products have appeared “methodically” on the black market. There are more and more cases of e-cigarettes smuggled into Vietnam and illegally consumed among young people. Therefore, the reason that some health agencies and non-governmental organizations are proposing to consider the new generation of tobacco ban to protect young people will not only be not only practical, but also effective. creating conditions for smuggling of tobacco products to develop.

It is time for the regulator to soon consider which new generation tobacco products qualify under the Tobacco Hazard Prevention and Control Act (for example, containing tobacco materials such as heated tobacco) to soon put these products under legal management. When there is a transparent legal corridor, management agencies will easily handle the smuggling situation instead of just penalizing the current lack of deterrence. At the same time, management policies will also contribute to protecting public health and reducing the harmful effects of tobacco in the long term.