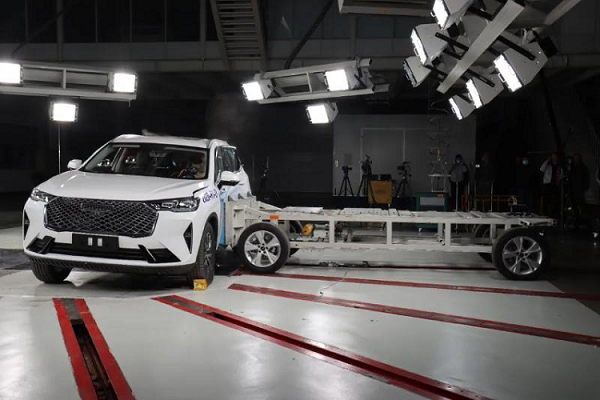 The biggest reason comes from the results of the crash test SUV Haval H6 by C-NCAP of China. Specifically, Havel H6 has passed the direct collision test and the lateral deflection obstacle (ODB) collision test successfully. However, when performing side crash test, the curtain’s airbags Haval H6 in China did not inflate as expected.

Not only that, after a strong collision on the side of the car, the entire car door is still locked, while the emergency light does not automatically flash.

The reason for this, Haval argues that C-NCAP did not perform the crash tests properly, leading to the H6 not passing the side crash test. Besides, this car maker also added that the battery’s Haval H6 new generation are not connected during crash test.

In a statement released shortly after the C-NCAP test, Haval argued that H6 is willing to perform other crash tests (possibly C-IASI) to give the most objective results. In addition, in the next test, Haval will live stream the crash test to demonstrate the reliability of the H6 to customers.

The power of the Haval H6 2.0 GDIT Supreme comes from a turbocharged 4-cylinder petrol engine with a capacity of 2 liters. This engine produces a maximum capacity of 188 hp, maximum torque of 340 Nm. 7-speed dual-clutch automatic transmission. Acceleration time from 0-100 km / h in 9.9 seconds, maximum speed 190 km / h. Fuel consumption in the hybrid road of this SUV, according to the manufacturer’s announcement is 8.5 liters / 100 km.