Hai Duong’s goods are expected to be in neighboring provinces 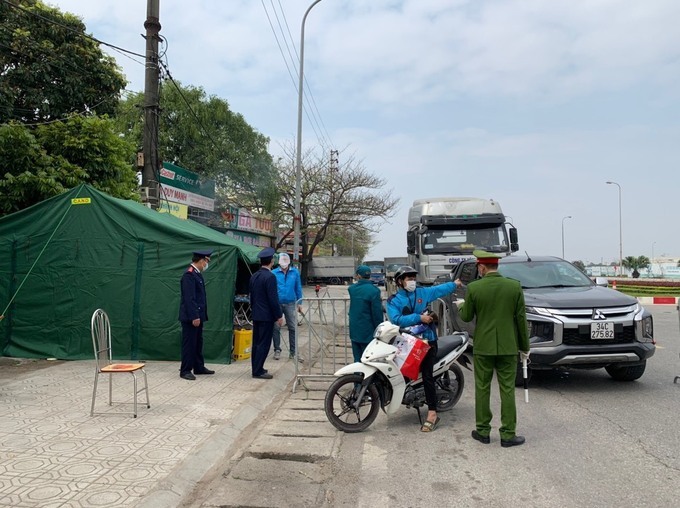 Director of Hai Duong Department of Industry and Trade said that goods of Hai Duong, especially agricultural products, need to be supported for consumption by neighboring localities.

Concerned about Covid-19, on the afternoon of February 16, Hai Phong stopped receiving not only citizens but also goods from Hai Duong during the social gap (from February 16 to March 3). Bordering Hai Duong, Hai Phong is both the consumption market and the goods transportation route of the province.

Share with VnExpress On the afternoon of February 17, Mr. Pham Thanh Hai, Director of Hai Duong Department of Industry and Trade, said that the province was still trying to remove each shipment of goods for people. However, he emphasized, whether or not goods from Hai Duong can be circulated depends on neighboring localities.

“We also only have to call the director of the Department of Industry and Trade so that they can advise the province. They agree on the normal circulation of goods, but still have problems with the policies of other departments. transportation, for example, “he explained.

According to him, the Government should soon direct and avoid paralysis where agricultural products are the first target, then industrial production industries. Faced with concerns about epidemics, Mr. Hai affirmed that the province ensures new disease prevention conditions for goods circulation.

Hai Duong currently has a written request to Hai Phong, Quang Ninh, localities having border gates and the Ministry of Industry and Trade to create conditions for vehicles, drivers and forwarders in the area to enter and exit.

Talk to VnExpressMs. Le Viet Nga, Deputy Director of the Domestic Market Department, Ministry of Industry and Trade, said that the ministry is accepting Hai Duong’s petition on this issue. Recalling the Prime Minister’s Directive on the point of not blocking rivers and markets, she said that she would send an official letter to the provinces, even to the Ministry of National Defense to find support plans. The Ministry of Industry and Trade is approving the plan.

However, Ms. Nga also noted that localities should be flexible in handling goods from epidemic areas such as Lang Son and Tay Ninh that used to work in the past. According to her, those provinces have set up places for transshipment of goods, spraying sterilization sprays, and driving can only be in this area … Thus, the difficult situation has been overcome.

At the suggestions of the Ministry of Industry and Trade, Hai Duong said that it is also considering more options.

According to leaders of Hai Duong, the amount of backlogged goods in the area is still very large. For agricultural products, the province has 4,080 hectares of winter-crop vegetables until the harvest period. In which, there are 3,205 ha onions, 621 ha of carrots and 261 ha of cabbage, kohlrabi, cauliflower, leafy vegetables. Production is estimated at 90,760 tons. Currently, about 90% of carrots and 30% of the province’s cabbage, kohlrabi, kohlrabi, leafy vegetables are exported, the rest is consumed domestically.

Before the response of Hai Duong, Hai Phong city said that it only stopped receiving vegetables, poultry, and aquatic birds because of potential risks of disease. Goods for import and export are closed, input materials … are still circulated normally. At the same time, the city also requires business owners and drivers to strictly comply with anti-Covid-19 measures.