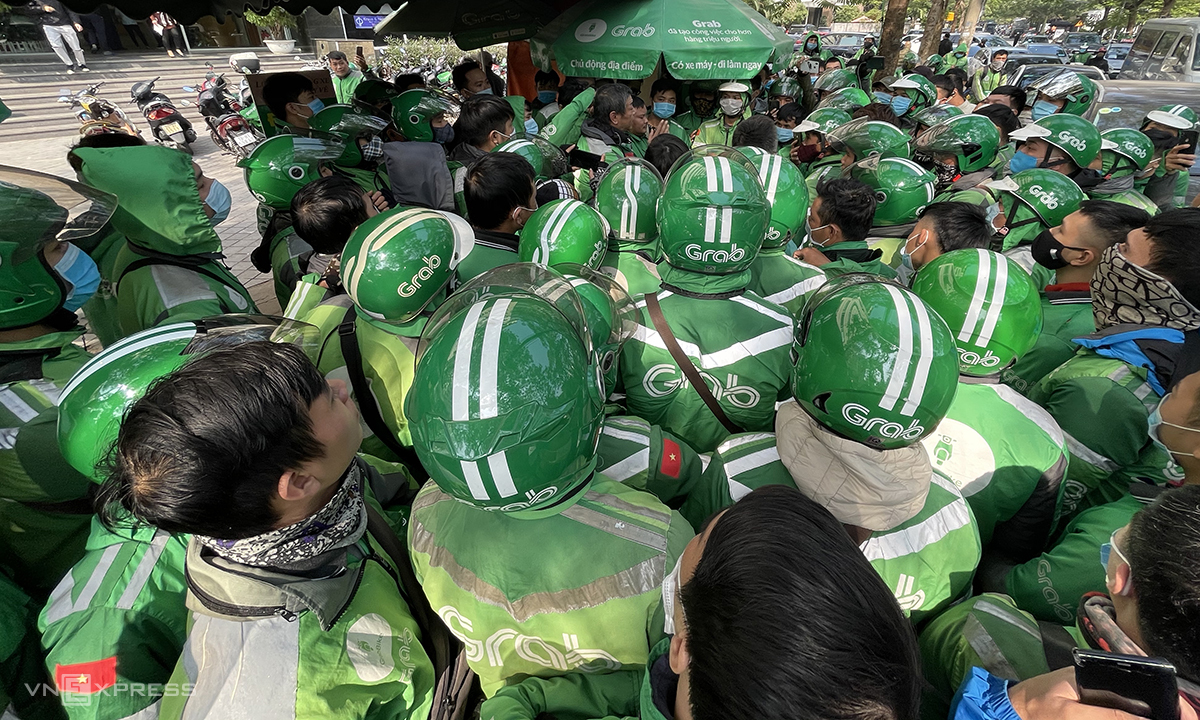 At the end of the meeting on the afternoon of December 9, Grab and the General Department of Taxation have yet to find a common voice about the VAT collection with the technology ride service.

On the afternoon of December 9, Grab representatives had a meeting with the General Department of Taxation to share problems in implementing Decree 126 – changing the way of calculating value added tax (VAT) with technology ride-hailing service. from December 5.

However, at the end of the meeting, Grab issued a statement on the evening of December 9, saying: “We are very disappointed by the results that have not achieved any positive results, because the General Department of Taxation has failed. in determining the subject subject to VAT “.

Meanwhile, the General Department of Taxation said that – it clearly explained to Grab that Decree 126 does not have a change in value-added tax policy. According to this agency, Decree 126 stipulates that the obligation to declare VAT on business cooperation is performed by enterprises.

Exchange with VnExpressMs. Ta Thi Phuong Lan, Deputy Director of the Tax Administration Department of Small and Medium Enterprises, Business Households and Individuals (General Department of Taxation) said that it is impossible to intervene when Grab increases the discount rate and increases the rates. is the right of the business.

“However, Grab said that the increase is due to tax, so it must have a meeting on the afternoon of December 9 to ask Grab to provide and explain information”, Ms. Lan said and also said Grab did not provide sufficient information. believe the increase is due to taxes. Therefore, this agency temporarily affirmed that Grab’s increase in discounts and rates was not due to Decree 126, but because of certain factors that changed corporate policies.

Grab shared “very frustrated” about the request of the General Department of Taxation – wants to increase the tax rate on the driver’s revenue from 3% to 10%, despite knowing that these drivers are not able to deduct. Input VAT.

However, according to Grab, in official letter 384 dated February 8, 2017, the General Department of Taxation instructed that the revenue from business cooperation activities must be assigned to two entities, including the revenue portion of Grab must bear. 10% tax, while the revenue of a partner of a two-wheeled vehicle driver is subject to a tax rate of 3% according to the direct tax calculation method applicable to business individuals. This document of the General Department of Taxation classified two-wheeled drivers as business individuals and taxpayers according to Article 4 of the Law on Value Added Tax.

Grab understands that the General Department of Taxation wants to ensure revenue for the budget from business individuals who do business with the organization. According to Point c, Clause 5, Article 7 of Decree 126, the enterprise is responsible for declaring and paying VAT on all revenue of business cooperation activities at the general rate of the organization of 10%. “We also understand that Decree 126 only regulates procedures and methods of tax declaration and payment; and the determination of who must pay taxes, taxpayers – are subject to VAT, must be based on the Law on Price Tax. value added, “explains Grab.

Therefore, Grab affirms very concerned that the General Department of Taxation’s explanation that the company is fully obliged to pay tax as a taxpayer for all revenue, including the portion of its revenue The driver’s license is not in compliance with the Value Added Tax Law.

According to Lan, VAT on users and prices increase only when one of two factors is the tax rate or tax base (the construction price without VAT) increases. If the tax rate increases, the responsibility is due to the tax authorities, while the tax base increases the business, she said. In this case, the tax authority asserted that the VAT rate of 10% applied to the type of operation is the same as the transport enterprise.

Previously, due to the lack of legal corridors and guidance from tax authorities, Grab declared incorrectly and not enough VAT, so when recalculating tax according to Decree 126, Grab is responsible for rebuilding the price. including VAT so that the price does not increase.