Gold price is “calm” on Than Tai 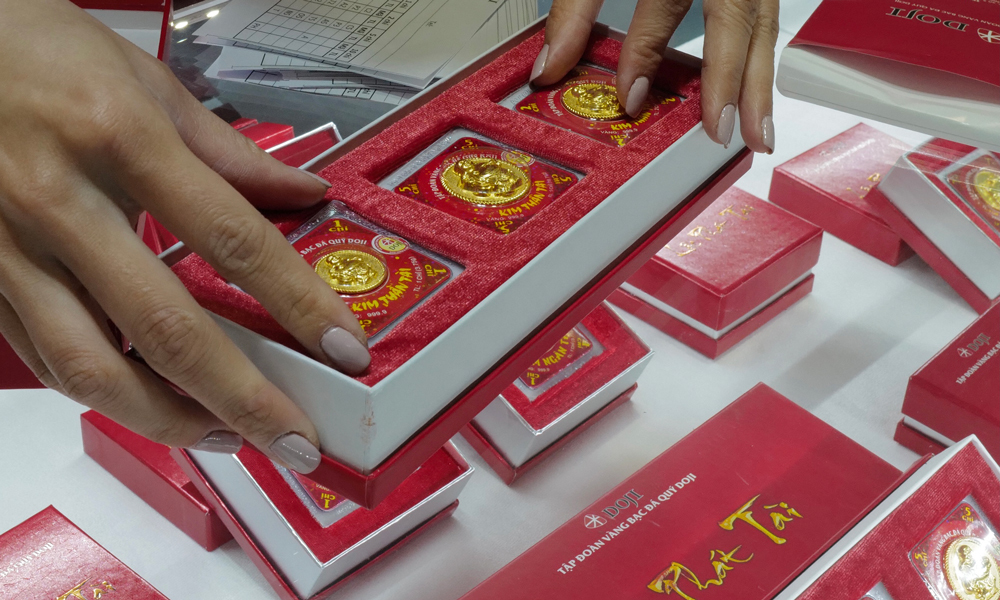 The price of gold bars on Than Tai day only fluctuated slightly by 50,000 dong / tael compared to the end of yesterday, around 56.3 million dong.

This morning (February 21), gold bars trading units opened 1-2 hours earlier than usual to meet the needs of many people to buy gold for luck on the day of the God of Fortune.

Gold bar price at opening at SJC Jewelry Company was listed at 55.65 – 56.35 million dong / tael, up slightly by 50 dong compared to yesterday. As of 9 am, the selling price has not changed.

Meanwhile, the price of gold bars at DOJI Jewelry Group was traded at around 55.6 – 56.3 million dong per tael, kept the buying price and increased slightly by 50 dong compared to the end of the afternoon. The trading difference is 700,000 VND per tael. In the past 24 hours, the buying afternoon gold price at DOJI was unchanged and decreased by 200,000 VND to sell.

Ms. Le Thi Hien, Deputy General Director of DOJI Jewelry Group, said that in Hanoi, the number of visitors for transactions today continued to increase compared to yesterday. Many customers came from 6am to buy lucky gold at the beginning of the year.

After 8:30 am, the number of customers coming to transactions was more crowded because the day of Vía Than Tai fell on the weekend, the Hanoi people calmly went to buy more than in previous years. Ms. Hien also said that, due to concerns about Covid-19, the number of tourists was gradually allocated from January 6, so the day Than Tai did not happen encroachment, overload. As of this morning, DOJI estimated the number of customers this year was the same as last year, plus thousands of online gold purchases on eGold.

Also at Bao Tin Minh Chau Company, the representative of the company said there was no phenomenon of customers waiting in line for too long as in previous years. Customers come mainly to buy a few types of smooth round rings, burdock products for early spring buds.