Gold price in a tug of war 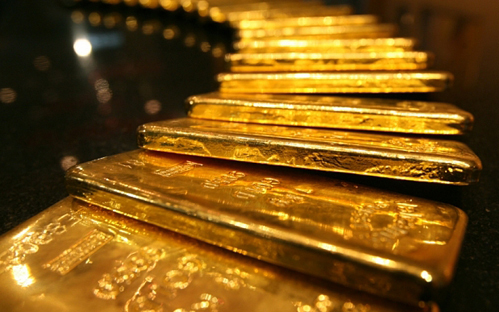 Rising interest rates are bad news for precious metals, but when other investments become unsafe, gold can be a safe haven.

According to the weekly Kitco News survey, Wall Street analysts expect gold prices to move sideways in the near term, while individual investors still expect the precious metal to go up.

The US Federal Reserve’s (Fed) attempt to cool down inflation by raising interest rates by 0.75% (the biggest increase in 28 years), according to analysts, sent the gold market into a tussle. co. Forecasts show the possibility that the Fed will have another rate hike at the end of the year to keep inflation in check. Despite this hawkish stance, the gold price is still holding its position.

Gold has demonstrated the precious metal’s position as it remains bullish against currencies, excluding the US dollar, said Colin Cieszynski, head of market strategy at SIA Wealth Management. However, Cieszynski’s view is neutral on gold in the near term as the precious metal remains between the $1,800 support and the $1,880 resistance an ounce.

David Madden, Market Analyst at Equity Capital, said gold is stuck in a certain threshold. “Rising interest rates are bad news for gold, but it’s also bad news for equities. Investors exiting the stock market may want to hedge some of their assets in the precious metal. this”.

Experts also reaffirmed the precious metal’s role as a haven against inflation. This has also been mentioned by experts many times since central banks pumped record money into the economy.

Adam Button, Director of Currency Strategy at Forexlive.com, said: “In this downturn, investors have nowhere to hide. Gold will still outperform most assets. When the Fed pauses or governments start spending again, gold will cross the $2,000 mark.”