Global pays dearly because of the US-China technology cold war 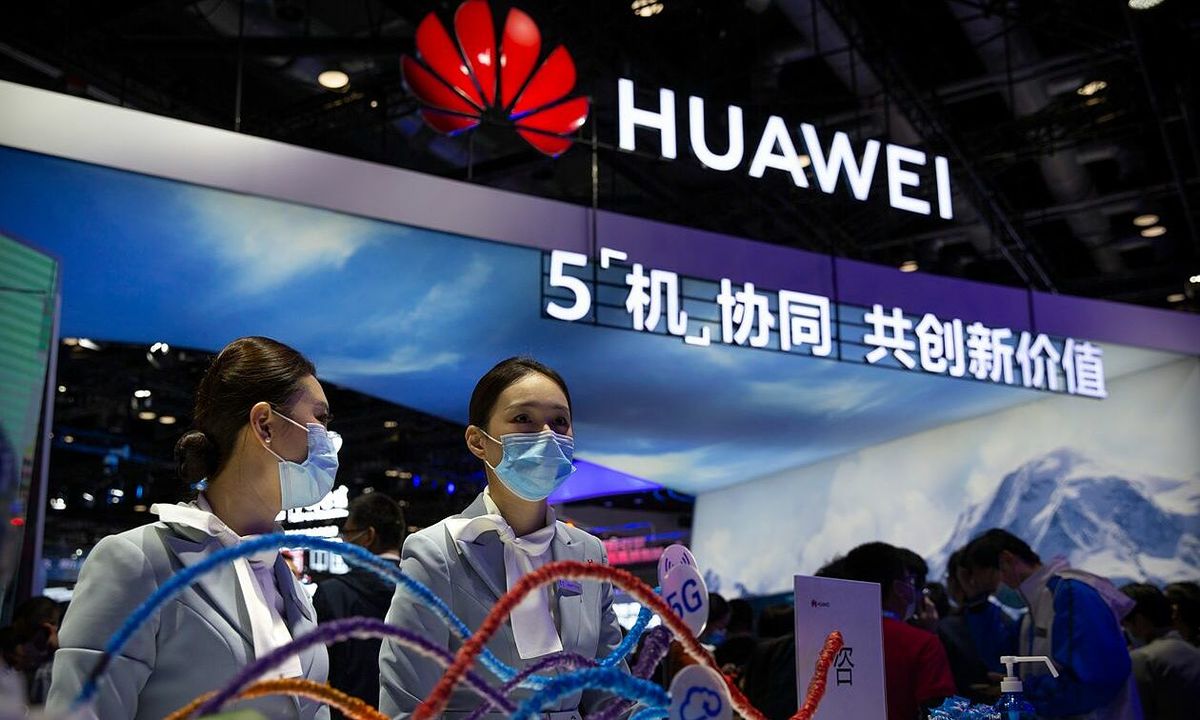 The conflict dealt a blow to the telecommunications and semiconductor industries in both countries, but the consequences were spreading even wider.

In recent years, the US has continuously attacked Chinese technology firms, from ZTE, Huawei to most recently ByteDance, Tencent and SMIC. The administration of President Donald Trump has blocked top Chinese companies from accessing the US market and prevented American companies from exporting to China. Companies estimate team costs to add billions of dollars, for a variety of reasons ranging from losing business to finding replacement Chinese telecommunications equipment.

The US official and former official consider the costs incurred to be worthwhile in the long term. They explained that a drastic measure with US telecom equipment firms would protect democracy from the risk of information spying by Beijing.

They also argue that US export curbs – which are making it difficult for top Chinese chipmakers to produce advanced equipment – will create a fairer global semiconductor market, compensating for unfair support. the company Beijing gives to the country’s chip company. In addition, US chip firms will not have to lower prices to compete with Chinese competitors, meaning they will have more money to spend on research and development in the long term.

Other companies may also benefit from this conflict. Outside technology firms considered neutral, such as Samsung Electronics (South Korea), Ericsson (Sweden) and Nokia (Finland), could increase their market share. And if ByteDance sells TikTok’s US business to Oracle and Walmart, it will have money, while the American business has a share at the world’s hottest social media platform.

Even so, the US-China tech cold war is clearly upsetting the technology industries of the two countries, disrupting the operations of hardware giants, chip design firms and even social media services. festival. The biggest consequence is the telecommunications and semiconductors industries. The ripple effects are also becoming apparent, as the actions of Beijing and Washington affect rural America, Europe and many other corners of the world.

The consequences can also be more severe. For example, China responded by increasing barriers to American tech firms, such as Apple or Qualcomm, which still view China as an important market.

WSJ has analyzed the impact of the US-China cold war on the telecommunications and semiconductors industry, both now and in the future.

By far, the biggest victim of this conflict is Huawei Technologies – the most successful Chinese company in the international market. The US export restriction has cut off much of Huawei’s supply chain. Washington has also lobbied its allies in Europe and elsewhere (though not yet with great success) to ban Huawei from joining 5G networks in these countries.

The US believes that Beijing could force it to spy on or attack the network. Both Huawei and the US government deny this.

With sales of $ 123 billion last year, Huawei is now the world’s top telecom equipment maker and also one of the largest smartphone makers. However, Vice Chairman Guo Ping recently said its goal is to “survive” after the US threatened the supply of chips using US technology that Huawei desperately needs to make hardware. A company spokesperson said it would not estimate the financial losses from the US export control order until next year.

Guo said the consumer segment (including smartphones) was the biggest challenge. The telecommunications equipment segment is also in danger.

Of course, Huawei’s problems don’t just affect these companies alone. Other businesses in the US, Europe and Asia that design or manufacture Huawei chips are also affected. Huawei says it spends more than $ 11 billion a year on US components.

In the UK, the government said the US disruption of Huawei’s supply chain made it even harder for them to assess the level of security in its devices. British officials are concerned that Huawei will buy components from new suppliers that pose a threat to national security. Officials therefore refuse to let carriers buy Huawei’s 5G equipment and have to replace the existing one before 2027. BT Group said it will cost an additional $ 650 million for the replacement.

EuropeanMany major carriers also began to shift direction, not focusing on expanding coverage and building 5G networks anymore, but will now replace the equipment Huawei is using. The leaders of European carriers for many years have warned that the continent is behind the US and Asia in terms of 5G network deployment. An embargo on Huawei could make this even more serious.

Without 5G, technology and manufacturing firms in Europe will lag behind in 5G-dependent technologies, like self-driving cars and factories using robots. This will reduce capacity and cause companies to miss out on new business opportunities.

Small carriers often rely on federal subsidies. Therefore, the above decision forced them to be replaced in a few years. About 50 carriers in rural America said this would cost them a total of $ 1.8 billion.

Pine Belt Communications – a network operator in Alabama (USA) plans to double the network to reach 100,000 new customers, including children who need Internet connection to study remotely because of the pandemic. However, this plan can now take more than a year to implement, because the US Congress has not approved financial aid.

American semiconductor companies that want to sell some products to China will have to apply for permission from the Commerce Department. Currently, the industry is asking the government to increase transparency and consistency in the licensing process, as US companies are losing revenue.

In 2018, the US semiconductor industry generated revenue of $ 226 billion and had 48% of the global market share, according to a March report by Boston Consulting Group. Both of these figures are expected to decline in the coming years, due to increased competition from China. The US export restriction order could make the reduction even stronger.

Industry leaders say revenue that should belong to American chipmakers will fall to foreign competitors, leaving them with less money for R&D (research and development). This is important, because in order to maintain global dominance, the United States needs to produce advanced chips for both military and commercial use.

Although the US Commerce Department has authorized some US chip firms to continue selling to Huawei and other Chinese companies, business leaders say current restrictions are not well planned. One report found that 73% of products from US chip firms were items that Chinese companies could easily buy outside of the US. With the remaining 27%, some do not pose a threat to national security, such as the chip or the health tracker.

“The best way to solve this problem is for the United States to re-study the technological restrictions, define the national security risks and avoid accidentally damaging its leadership in the semiconductor industry. “, Said John Neuffer – CEO of SIA.

The goal of the export restriction is to find out exactly what American companies are selling to China, a senior US official said. This is what the Commerce Department can do, as they are looking at multiple transactions. Officials said the ministry could license the majority of companies wishing to sell to China, after considering each case. However, they also admit chipmakers are angry that the review process has not been accelerated.

Up to now, the US moves are indirectly causing businesses to lose their business. Jake Parker, deputy director of the US-China Business Council, said he had heard that a Japanese company was urging Chinese companies to leave their US suppliers. Their message is “You cannot rely on American technology, because it will be cut off.”

The export restraining order is also impacting foreign semiconductors, as they use US technology in the process of making products to sell to Huawei. Kioxia Holdings (Japan) had to cancel its IPO plan last month due to a US export restriction on Huawei that affected its business.