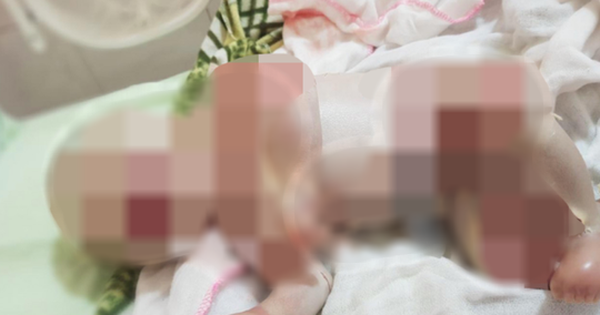 Doctors of the National Hospital of Pediatrics have just consulted with General Hospital Quang Binh district (Ha Giang province) for the case of a newborn baby with rare fish scales disease.

According to the hospital, on October 13, a 31-year-old woman (the Mong ethnic group, residing in Lao Cai) arrived at Quang Binh District General Hospital (Ha Giang) was born at 37 weeks.

Babies are born with dry skin, cracked whole body, thick scaly patches all over the body, forming many crevices, bleeding in cracks in the skin. The skin around the eyes is stretched, causing the eyelids to reverse outward, not seeing the eyeballs and the ears on both sides. The baby cannot suckle, the newborn’s reflexes are weak. The fingers and toes were swollen, hard and stuck together.

Immediately after discovering the child’s initial symptoms, the doctors of Quang Binh District General Hospital transferred her to the Pediatric Department of the incubator, conducting oxygen breathing and oral pumping.

On the afternoon of October 14, the online seminar took place under the chairmanship of Associate Professor-Dr. Tran Minh Dien, Deputy Director of the National Hospital of Pediatrics, to provide the best treatment options for the child. According to Associate Professor Dien, with tight, deep cracked skin, children with this disease have a very conservative prognosis due to the high risk of infection and some other risks such as respiratory failure, dehydration, temperature disorders, difficulty eating.

To solve the above problems, after consultation, doctors suggested to closely monitor the respiratory and overall condition, put the baby in the incubator to ensure enough moisture, eat breast milk transmitted through the gastric tube, special eye care with medicine and gauze with antibiotic ointment.

“This is the initial clinical diagnosis of a child with congenital fish scales, next we will receive blood samples from patients and their parents, send genetic analysis at the Gene Institute to make an accurate diagnosis “- shared by Associate Professor.

In addition to counseling and maximum professional support, the Central Pediatric Hospital supports Quang Binh District General Hospital with some necessary drugs and medical supplies to treat the patient.

Before that, Quang Ninh Obstetrics Hospital also delivered a baby boy with congenital fish scales disease. After that, the child was transferred to the National Hospital of Pediatrics for treatment on the morning of October 12. The pediatric patient is a 27-year-old pregnant woman of the Dao ethnic group, who resides in Van Don, Quang Ninh province. During this pregnancy, the pregnant woman did not examine, monitor the pregnancy and did not screen.

After birth, the baby’s whole body is covered by a thick layer of skin, cracked in patches. The thick skin will stretch and deform your baby’s face. 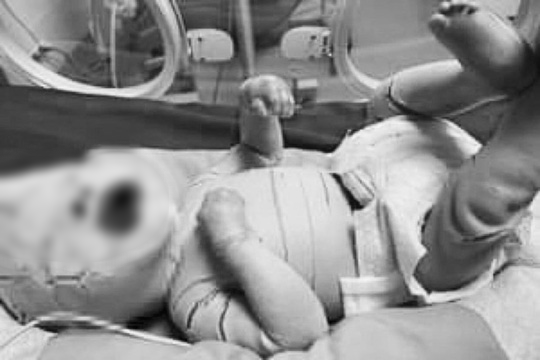 According to experts, congenital fish scales disease is recessive. When the child has this disease, the skin has a growth rate 7 times faster than normal and the dermis is 10 times thicker. The characteristic appearance is thick, hard, diamond-shaped layers of skin, separated by deep cracks covering the body like fish scales. In addition to affecting the body shape, the disease also makes it difficult for the child to move, the chest movement is limited due to stretching skin, easily leading to difficulty breathing and respiratory failure.

Some children may not be able to close their eyes or open their mouths because the surrounding skin is stretched, making it difficult to eat and drink. Severe cracking of the skin also makes babies more susceptible to dehydration, difficult to regulate body temperature, and susceptible to life-threatening infections within the first few weeks of life.