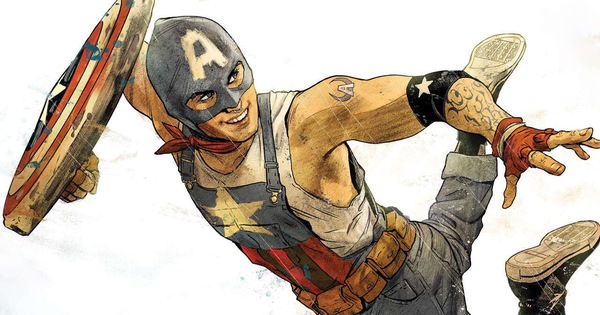 In 1980, Marvel issued a policy of saying no to gay characters in their universe. Ten years later, the company “made more progress” when it labeled “Adults Only” with comic books featuring LGBTQ elements.

So the news that Marvel has the first official gay male character has caught global fans’ attention.

In the comic book The United States of Captain America, Aaron Fischer is portrayed as a brave teenager, fighting bad guys and protecting everyone around him. On June 2, the book featuring Aaron Fischer will be published. June is also a Pride Month honoring the LGBTQ community.

Artist Jan Bazaldua, the stylist for Aaron Fischer, shared that she herself is transgender, so very interested in the work: “While drawing, I think it’s time for homosexuals to show up and oppose her. face with everyday problems “.

Back in the past, in March 1941, Marvel launched the Captain America comic. A tiny soldier who is injected with serum to have muscular muscles, represents the United States in the war against the fascists.

Exactly 80 years later, the company did a paradox. When everyone got used to the image of a muscular American captain, Marvel appeared again a gay male character, thin and supple body.

There seems to be a very drastic direction within this comic empire to correct past “mistakes”.

Not a gay Hulk, Iron Man, Thor … gay (or transgender), but Captain America – plays the role of the spiritual leader of a great power, who is tolerant, kind and perhaps simple. the most out of its cast.

When it comes to the image of America, this country always makes people think of what is most powerful. American muscle cars AMC AMX, Chevelle SS or SRT Demon with hundreds of horsepower engines.

The muscular actors Arnold Schwarzenegger, Sylvester Stallone, The Rock once dominated the screen and were admired from the gyms all over Vietnam. American culture honors the power from blood to body, and that era is probably coming to an end.

Marvel’s decision is bold, but it is not out of the flow of a “revisionist” movement that is taking place across Hollywood: Disney is wiping out racist films, depicting a different cultural side. Movies like Gone with the Wind, Morning at Tiffany … have also been discussed because of heavy gender stereotypes.

In the cultural shift that is reaching its peak today, Marvel has only two options: or correct it, fix it until, “take it easy”, become a pioneer in the LGBTQ community or wait. to be boycotted.