Gasoline prices – a test for America’s ‘cold war’ with Russia 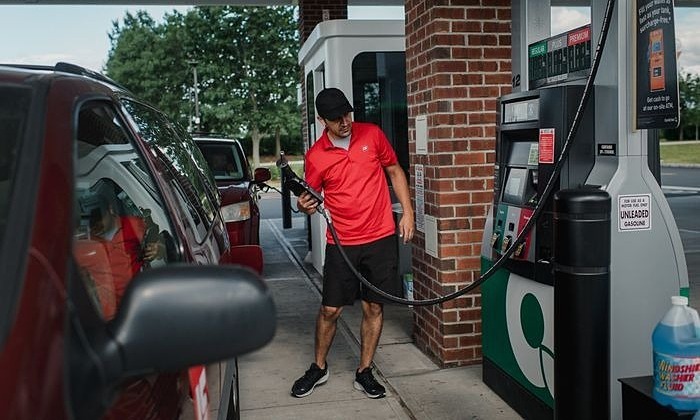 In the US confrontation with Russia, the ability to endure the price of gasoline will be a big test to decide the winner or loser.

The world is seeing two prominent wars. One is the situation in Ukraine at the cost of lives and destruction of infrastructure. The rest is the confrontation between the West and Russia – which Wall Street Journal likened to the “cold war” – with the consequences of economic hardship and inflation.

With Russian President Putin, time may not be on his side. The reason is that the US and its allies have outstanding advantages in knowledge, technology and finance. Russia’s only way to prevail is to get fuel prices high enough in the short term for the West to back down from supporting Ukraine.

Recent developments may offer hope to the Kremlin. When the shock and fear of early Western sanctions wore off, the Russian economy was battered but not yet collapsed. Meanwhile, the West has suffered, and Russia’s gas squeeze has caused energy costs to skyrocket.

Rising prices hurt the political positions of the leaders there. French President Emmanuel Macron’s party has lost its parliamentary majority to the far-right National Rally party, which is friendly to Russia. In the UK, Prime Minister Boris Johnson has just lost two by-elections.

In the US, high gasoline prices have reduced public support for Mr Biden and raised the possibility that Democrats will lose control of Congress this fall. Critics have posted a picture of Mr Biden on a gas pole with the words: “I did it”.

Despite supporting sanctions on Russia, Republicans have repeatedly blamed the president for higher gasoline prices through policies that limit supply, such as the death of the Keystone XL pipeline from Canada.

In fact, US oil production has increased since Mr. Biden took office. But prices are set by the balance of global supply and demand, which tightened last year and worsened since the Ukraine crisis erupted. JPMorgan estimates that without that war, the price of Brent oil would be $90 per barrel. Instead, it has actually fluctuated between $100 and $128 since February.

Mr. Biden wants Americans to see this as the price of solidarity with Ukraine. “With the Republicans criticizing me, are you sure you want the price of gasoline in the US to fall, but in exchange for Putin to increase his power in Europe? I don’t believe it,” Biden said last week. And some polls show Americans support punishing Russia even if it costs them.

Historically, however, Americans have not supported the president when geopolitical shocks sent oil prices up. In 1973, Arab countries embargoed oil exports to the United States as punishment for supporting Israel during the Yom Kippur War. As a result, the energy crisis, combined with Watergate, reduced public confidence in President Richard Nixon. Rising prices after the 1979 Iranian revolution also helped end Jimmy Carter’s presidency.

Biden was in a more difficult position when he took office with an agenda focused on reducing oil and gas use, rather than boosting supply. Now he begins to pivot, such as boosting exports of more liquefied natural gas to Europe and mending relations with Saudi Arabia. But he has yet to declare that the new cold war requires an energy strategy different from the one he carried on the campaign trail.

Follow WSJ, Biden should look to Germany for experience, where the government has done that. Highly reliant on Russian gas, Germany is considering allocating gas during the winter if it is cut. This has prompted Economy Secretary Robert Habeck to take steps that appear to be incompatible with the Greens he co-led, such as restarting coal-fired power plants and buying gas from Qatar.

Mr. Biden may learn a little from Germany, but not much because there are many pressures to deal with other than gasoline prices. However, compared to his predecessors, he faces this geopolitical shock with a much larger fortune.

Unlike the 1970s, the United States is today a net exporter of petroleum and related products, and one of the world’s largest exporters of LNG. Politically stable and environmentally responsible, this is the most important factor in the West’s effort to phase out Russian energy.

In a report last month, JP Morgan outlined a path by which the US could increase oil production to 6 million barrels per day by 2026. It would require $400 billion in federal investment and easing regulations. . Although the path is not simple, it will help “bring Russia down to the average level of global energy producers”.

“We (the US) not Russia, are the superpower in energy,” said Daniel Yergin, Energy Historian and Vice President of S&P Global. In the next two or three years, he thinks, Putin’s leverage will be gone.

But the question is, the challenge for Biden and other Western leaders is how to navigate the next six months while Putin exploits the leverage available. US drivers are starting to buy less gas as they feel the economic burden of record prices that continue to hover near $5 per gallon (3.78 litres).

In the first week of June, gasoline sales at U.S. stations fell about 8.2% year-over-year — the 14th consecutive week that sales have lagged behind 2021 levels, according to the report. OPIS energy data provider.

President Biden on June 29 proposed Congress suspend the federal gasoline and diesel taxes for three months, in the hope of cooling prices. But Mr. Biden is unlikely to find enough support among lawmakers. Some Democrats joined Republicans in voicing opposition to the plan.

With inflationary pressures pushing up prices of many consumer goods and wages not keeping up, consumers are ill-equipped to deal with rising fuel prices, said Garrett Golding, economist at the Dallas Fed. prolonged spike. Although the US economy has not been directly affected, if gasoline prices are higher than the $ 5.5 per gallon mark, it will not be sustainable in the long term.

“That’s when everything started to fall apart,” he said.

Session An (according to WSJ)