Fusion Jazz Concert: Inspirational but with too much display 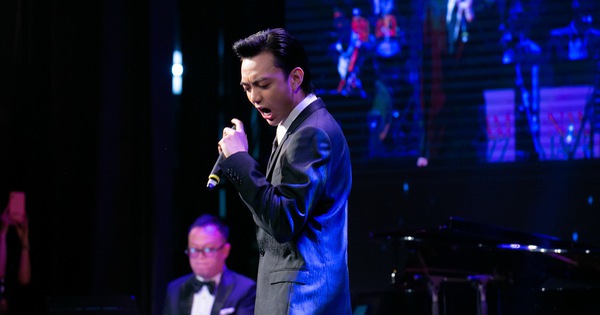 It is the inspiration of unlimited creativity in the spirit of Jazz. And with the upheavals that have taken place since the beginning of the year until now, this inspiration is extremely special for the Vietnamese music industry to follow in the footsteps and overcome difficulties and crises.

On the stage of the Fusion Jazz Concert at the Ho Chi Minh City Theater on the evening of October 18, whether a veteran artist of more than 50 years in the profession such as Quyen Van Minh or a young rising artist, Soobin Hoang Son, he was “shaky” because moving.

Saxophonist Quyen Van Minh is so happy … unstable because now, after years of perseverance and hard work, he has seen a team of young Jazz-loving artists who can be with him. “make it up” with Jazz. 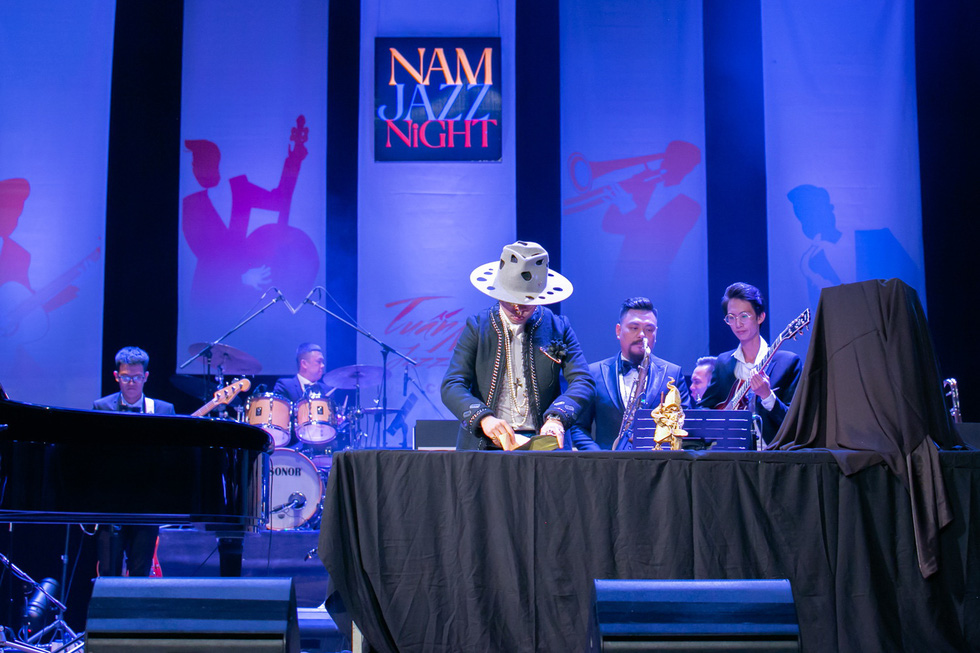 Pianist Tuan Nam “broke down” for receiving the companionship and support from many colleagues for the Fusion Jazz Concert for both concerts in Hanoi and Ho Chi Minh City.

The artisan happily “jumped” when he was contributed to the unique combination between Jazz and origami on the big stage.

And young singer Soobin Hoang Son is like … “crazy” when it has been a long time since he had the opportunity to sing live with a band “top of the top” on a luxurious and classy stage.

With the Fusion Jazz Concert, artist Tuan Nam – the music director of the project – has proved that Jazz is not as difficult to play, hard to hear or as difficult as everyone thinks.

With all their enthusiasm and talent, the artists have brought creative, creative and fresh music nights. 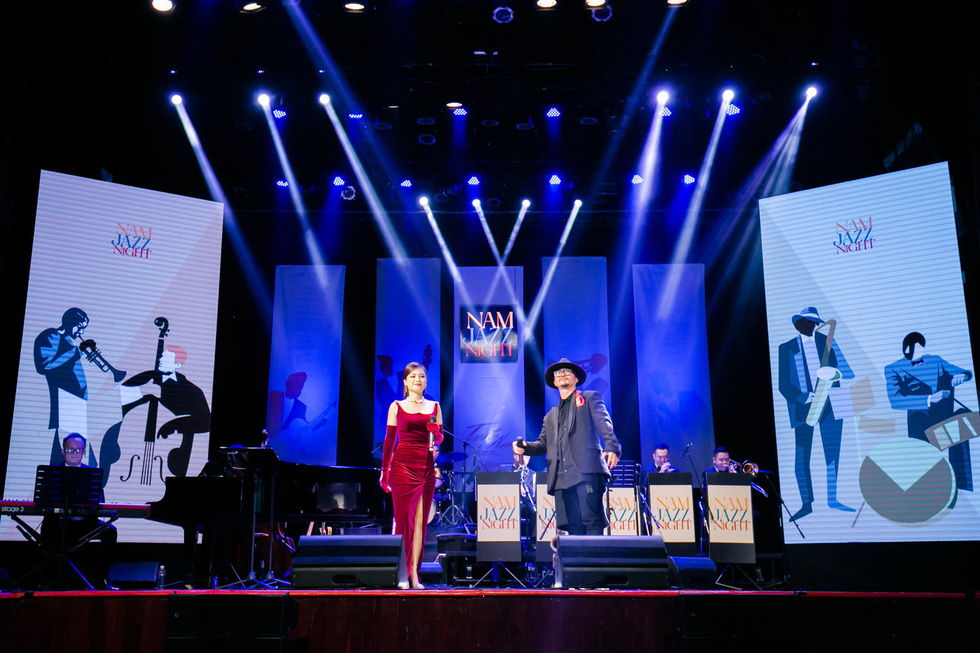 Certainly, in the journey of creation and experimentation in order to bring Jazz closer to that general public, there are still struggles or “falling out of rhythm” passages.

The weakest point at the Fusion Jazz Concert in Ho Chi Minh City is also the point that the music director wants to experience the most: Bring contemporary pop singers to Jazz.

If the band members play very “firm”, juggling freely (maybe because they have practiced for a long time to reach the point), the expected vocals will make things interesting again. .. “derailment” and quite faint. 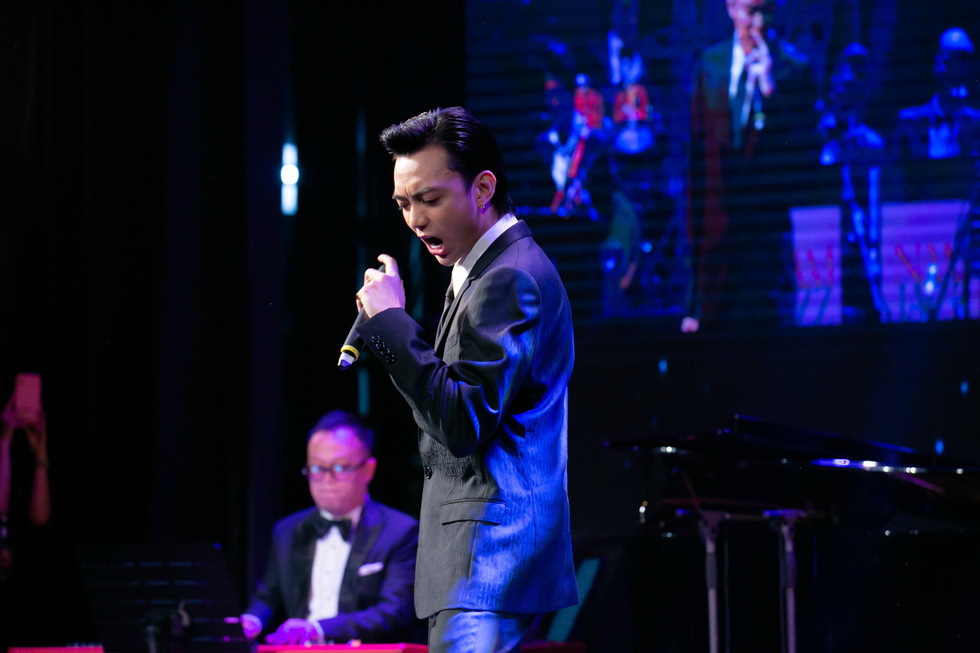 Pop Jazz is an interesting experiment but not easy to “play” – Photo: TVK

Creativity or flight is sometimes still needed based on what’s at the core. The core of Jazz in vocals is depth and depth.

Singers, regardless of whether they are old or young, but they seem to have gone through all the sorrows of life, so that they are now very calm and whisper to listen to thousands of stories of sad and happy life in a voice choked. sweet, airy happiness.

That voice is sometimes really dry, sometimes “plastic”, but it all flows from the bottom of the heart. 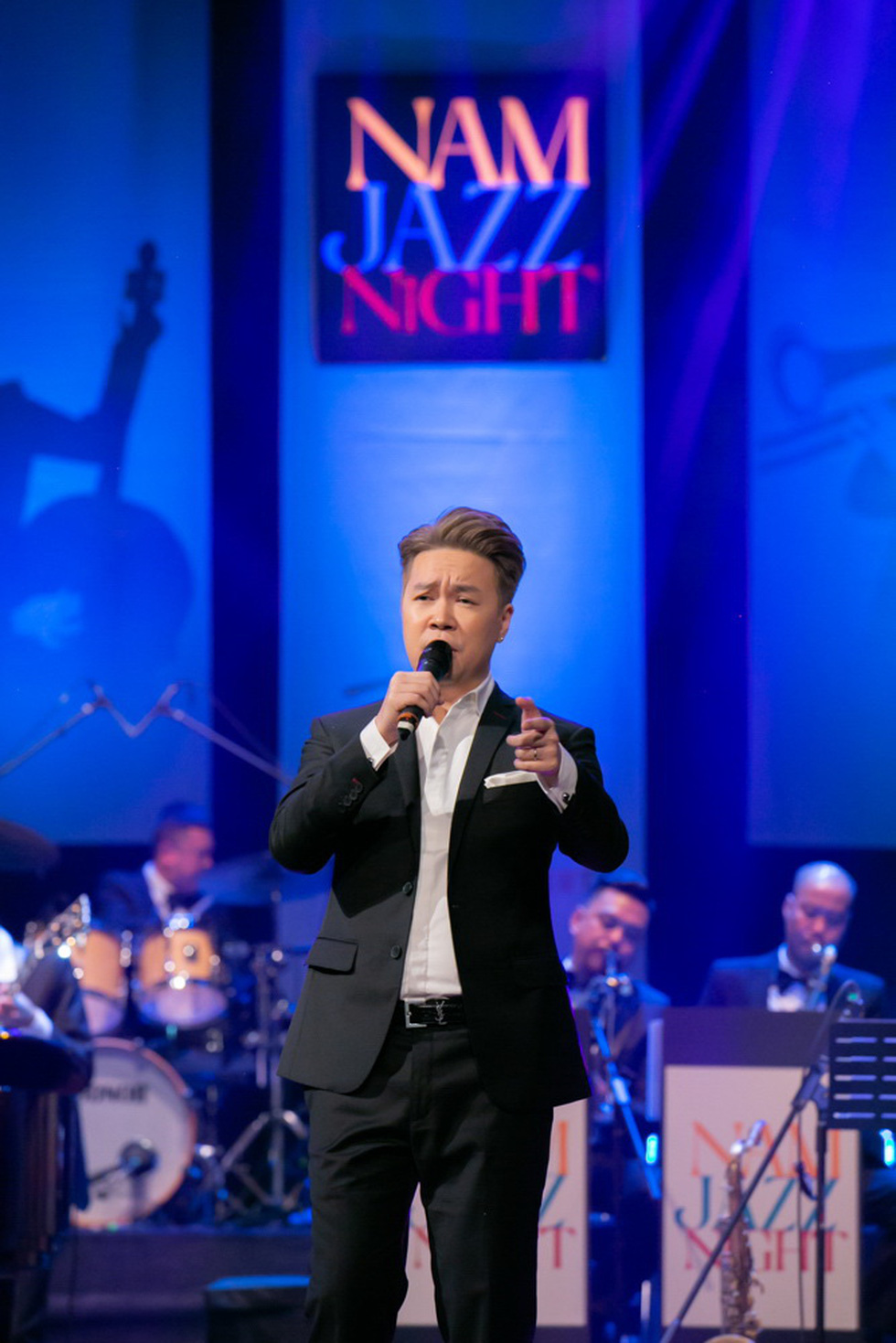 Le Hieu is a safe and reasonable choice for jazz pop, but not “sharp” enough – Photo: TVK

Therefore, the efforts to sing “beautiful, so smooth, with too much display, forget the lyrics, the rhythm of Dinh Huong, Ha Le or Duong Hoang Yen really makes it difficult for the audience to give up the prejudice” hard to play “by Jazz.

Meanwhile, the excessive calmness of Soobin Hoang Son and Le Hieu caused the Jazz night, even the Fusion Jazz, to suddenly fade a little. 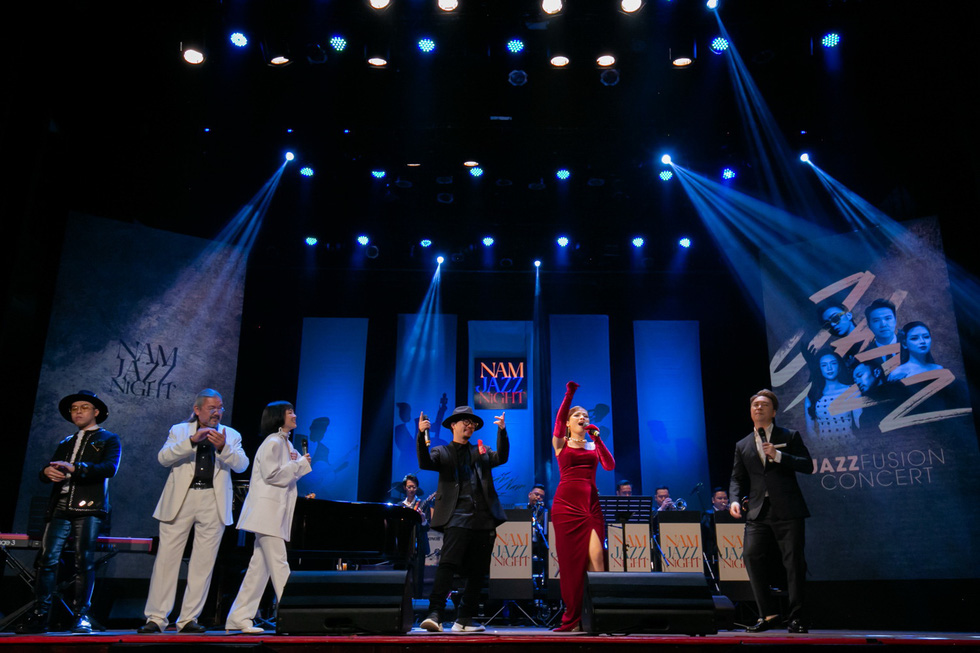 The music night ends with a chorus A new day is like sending hope to find more interesting and unique elements for Vietnamese Jazz in the future – Photo: TVK

A little disappointing but not hopeless, because when they have good ideas, good bands and dare-to-think artists, the chance to find a young, true Jazz vocalist will come one day. .