From expelled from school to Chinese game billionaire 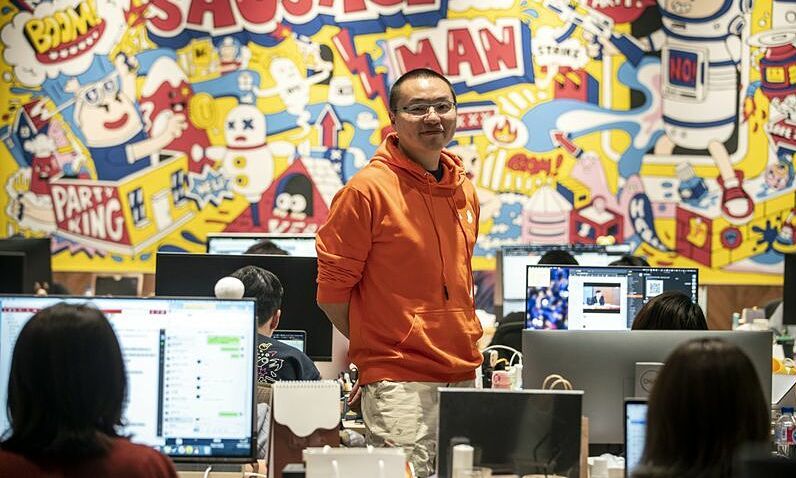 Shares of game distributor XD rose 24% in the first session of 2021, after Huawei Technologies removed all Tencent Holdings games from its own app store due to disagreements over revenue sharing ratios. The investor then turned to XD – the parent company TapTap – a repository of mobile games.

The rare conflict between Huawei and Tencent further underscores TapTap’s appeal. This game store is ad supported and therefore free to use by both players and game publishers.

XD co-founder and CEO Huang Yimeng hopes to change China’s $ 30 billion mobile gaming market. After bringing blockbuster games like Genshin Impact to its platform, XD wanted to attract more publishers, who were disappointed with the grip on the game development and distribution market. Hardware companies like Huawei and Xiaomi often install their own default app stores on phones sold.

“More and more developers will say no to traditional distribution channels, because they don’t need to pay others to sell good content,” said the 38-year-old billionaire. Using hardware to trap users in our ecosystem is what we need to look at, from an antitrust perspective.

Huang is not just talking. One of the mobile game fevers in 2020 – Pascal’s Wager – has chosen TapTap as the exclusive distribution partner on the Android operating system in China. The game has sold more than 105 million copies worldwide, said Yang Yang, founder of TipWorks – the company that developed the game. Half of that sales came from TapTap, and the other half came from the App Store and Google Play.

“The timing is perfect. Our game was born when TapTap was growing fast,” Yang said. “If someone wants to work with you without making money, it means they really care. to your product. Their release of the game is very unique. “

TapTap’s emergence was supported by a growing wave of protests from domestic and foreign users and governments with mobile giants controlling the app store. It also comes at a time when Chinese authorities want to curb the power of Internet firms from Tencent to Alibaba. Officials have not touched the game store. However, the regulation of 50% revenue sharing for Android-based app stores in China is frustrating many game studios, both large and small.

For months, Tencent has been looking to increase Huawei’s app store revenue share with titles like Honor of Kings. However, the two companies failed to reach an agreement. On December 31, Huawei removed Tencent’s games from its app store, and then returned them a few hours later. Tencent said later that the two sides had agreed, but did not release any details.

Meanwhile, the number of TapTap users increased 52% in the first half of last year. XD shares have also risen more than 480% since listing in Hong Kong at the end of 2019. This has pushed its capitalization to $ 3.8 billion, leaving Huang’s 35% stake worth $ 1.3 billion.

XD is one of the few gaming companies in China that is not dependent on Tencent support. They attract other investors, like ByteDance – TikTok and Douyin’s parent company. Even so, Huang and his co-founders maintain a controlling stake and voting rights here. This makes TapTap a more neutral platform, giving gamers more options.

Of course, Huang’s start-up path was also not smooth. His early life business got him kicked out of college.

Huang was a semi-professional basketball player at the time. His first business was a peer-to-peer download network called VeryCD. In 2003, the platform featured a sex video filmed on the campus of Huang’s university. The school leaders forced him to quit school when Huang refused to take down the clip. He said that online platforms are not responsible for such content.

“I have no regrets with my decision,” he said. “I am fortunate to leave school early to focus more on my website.”

Huang has found success making online games. As Chinese Internet users shifted from desktops to phones, he realized that China did not have an independent store of games for smartphone users. TapTap was born in 2016 and is free to use from the start.

Currently, XD’s revenue still largely comes from selling virtual items in the games it develops or publishes. Advertising revenue from TapTap only accounted for nearly a fifth of the $ 205 million that XD generated in the first half of 2020. Huang expects this to increase as TapTap increases the number of ads.

“It is time for Huawei and similar companies to change,” said Chundi Zhang, a game analyst at Ampere Analysis. “But if the big guys cut their fees, TapTap will be threatened. of balance “.