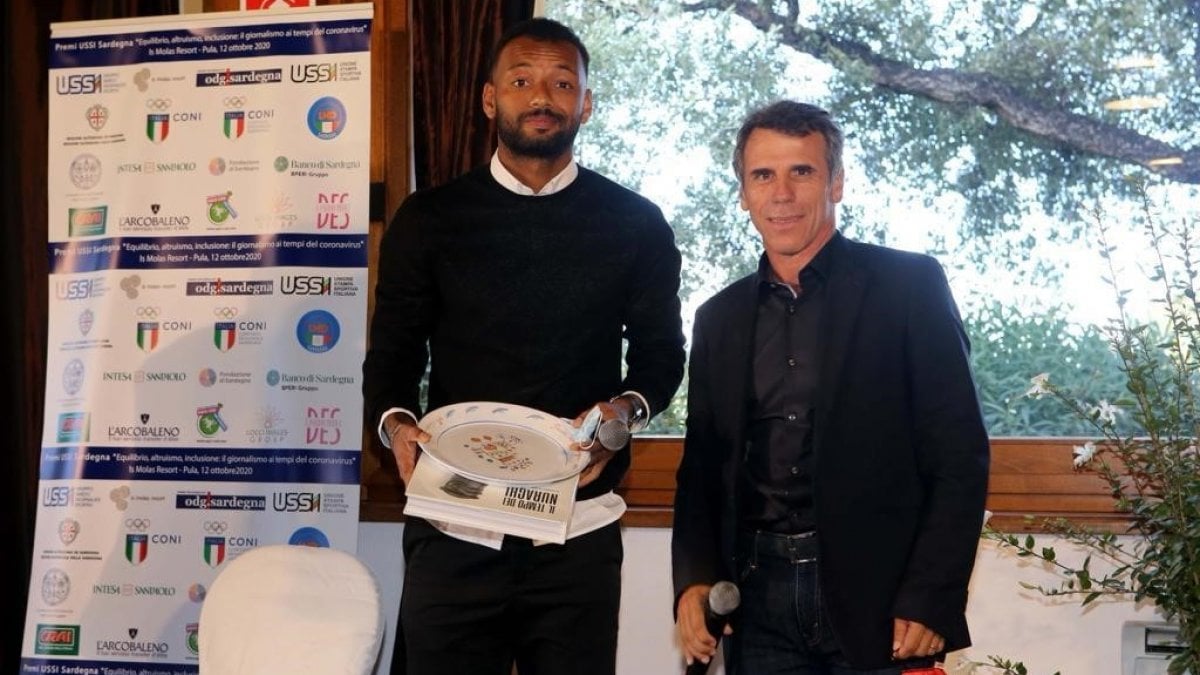 PULA (CAGLIARI) – The Brazil of yesterday and today told by Jeda and Joao Pedro. The successes of Gianfranco Zola. The ambitions of Filippo Tortu and Dalia Kaddari. But also the amarcord of Tomasini, Greatti, Reginato and Brugnera, four aces of Cagliari, champion of Italy in ’69 / 70. With a few tears for the moving video greetings of Biraghi, Pezzella and Antognoni in memory of Davide Astori. The Ussi Sardegna 2020 Awards have knotted and given light to figures, places, successes and efforts of the island and national sport. “Balance, altruism, inclusion: journalism at the time of the Coronavirus” was the setting for the event held at the Is Molas resort.

With awards to the many protagonists of regional sports perhaps less famous but equally proud and proud. From Sara Desini’s sitting volley to the Futsal girls in A1, the windsurfing of the European vice-champion Federico Pilloni, the Paralympic triathlete Alessandro Cicu. Great welcome also for the reporters of Sky Riccardo Trevisani and Giorgia Cenni, the local “pens” Valerio Vargiu, Bruno Corda and Francesco Pinna, the Karalis Pink Panther, the weightlifter Laura Macincia. A review conducted by Simona De Francisci with the president of the Sardinian USSI, Mario Frongia, who also awarded Stefano Arrica, son of Andrea, creator of the Cagliari championship. Past and current events arm in arm: “The 18 goals scored by Joao Pedro last year did not surprise me. I trained him and I know what he is worth,” said Zola of the rossoblù number 10. “When I played my last game, scoring two goals for Juve, I didn’t know I would stop. I felt I could continue but it was better that way. My coaching career? The Europa League won with Chelsea as Sarri’s second it meant a lot. But don’t ask me about the future, for now I’m fine “said Magic Box.

For Tortu, grandparents of Tempio and times that are worth the Olympic final, few stories: “Returning to Sardinia is always thrilling: climate, free time, food and exceptional friendships. Thank you for giving me this opportunity”. The event – held in strict compliance with anti Covid rules, with political, civil and administrative authorities in the front row – was also attended by the former Cagliari bomber, Bob Acquafresca, the journalist and writer Luca Telese, the Vice Rector Micaela Morelli. In closing, special awards for the Is Molas golf club, for the Sardinian Football Federation, Banco di Sardegna institutes, Intesa San Paolo and Fondazione di Sardegna, Regional Order of Journalists, Coni, University of Cagliari and Sport and Health. Finally, applause also for Danilo Gallinari’s video from Denver: “I hope to be with you all soon”. Identical video hope ridden by Rossoblù Rog and Nandez from the retreats of their respective national teams