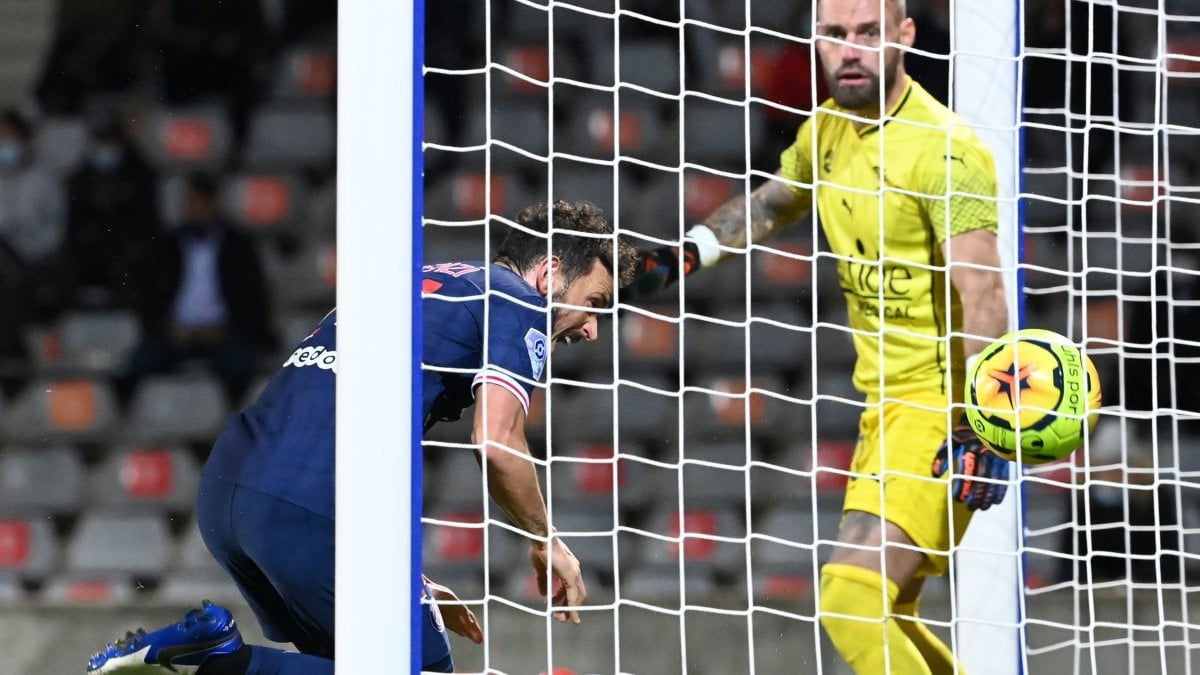 PARIS – Paris Saint Germain passes on the field of Nimes 4-0 and at least for one night, even if in the company of Rennes, savors the head of Ligue 1. Without Verratti and with Paredes forced to leave after 11 minutes, Tuchel’s team sees the race to go downhill at 12 ‘, with the expulsion of Landre among the hosts for a very hard entry with a straight leg on Rafinha. Just the former Barcelona, ​​at 32 ‘, verticalizes for Mbappè, who takes his team ahead after having eluded the goalkeeper’s exit. The PSG, with Kean in the center of the attack, spreads in the final: in the 77th minute Florenzi found his second goal with the French, resting his head from two steps on the bank of Sarabia, who six minutes later put Mbappè in front of the door for the 3-0 and then personally signs the poker two minutes from the end.