Food number: Recipes and recipes are underrated over humor 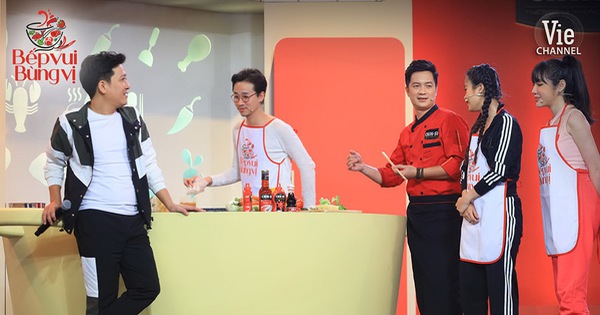 “Delicious kitchen” is a program combining culinary and campaigning, broadcast at 20:00 every Thursday from October 15 on Vie Channel – HTV2, VICE GIRLS and application Vie ON.

Truong Giang is the one who gives challenges and takes the power to decide the results of winning and losing of the two teams, and at the same time demonstrates his knowledge and cooking skills through “bailout” to the teams that “hate the kitchen”. , contribute to creating delicious food in a short time. There are 6 artists divided into 2 teams to play through 4 rounds of competition.

Also in “Food Paradise” (broadcast at 20h35 from October 14 on HTV7), Truong Giang turns into a patriarch of a deserted island, welcoming guests to participate in the program. According to the producer, this sixth broadcast season will honor Vietnam’s street food culture.

Sam and the guests of episode 1, singers Osad and Liz Kim Cuong, participated in the challenge of the show by answering questions, making rice paper in an unusual way: learning from chef Vu Dino in complete Blindfold

However, these programs only use one “trick” to attract the audience: invite artists to participate in challenges or cooking competitions “unlike anyone” to mainly make fun of.

Recipes and cooking secrets that are important for a culinary show have been underestimated than this “comedy”, making viewers feel that even though the number of dishes is large but still monotonous.