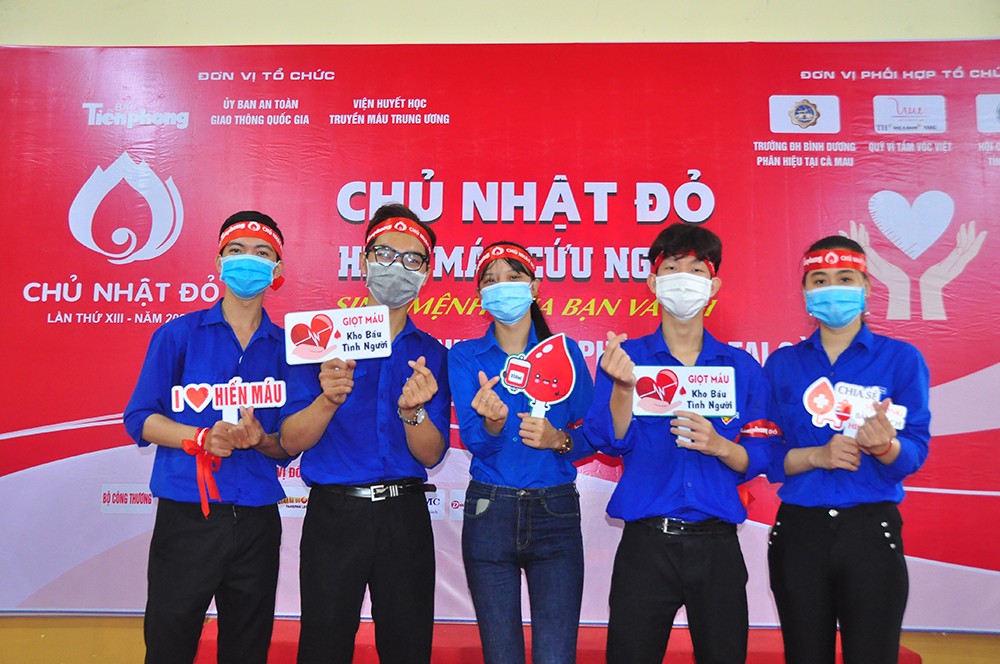 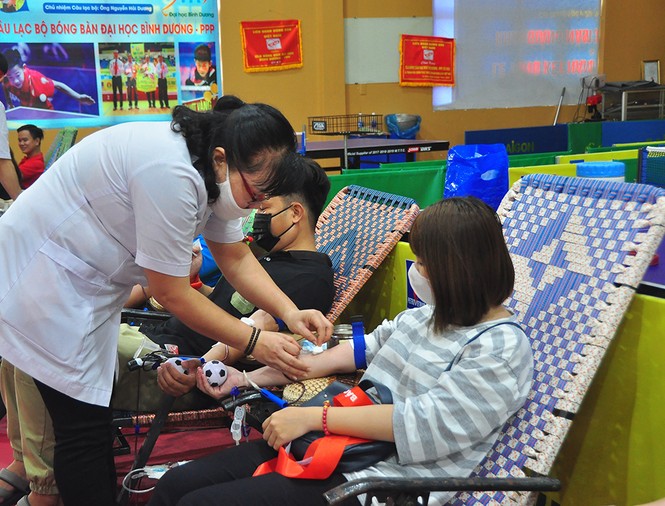 Journalist Hong Linh – Member of the Organizing Committee said: Up to now, Red Sunday, the 13th invasion of Tien Phong in 2021 took place in 40 provinces and cities nationwide with a total blood volume of 57,793 units, exceeding the plan. 12,000 units. Red Sunday continues to take place in many localities. In the Mekong Delta, Red Sunday 2021 took place in provinces and cities: Kien Giang, An Giang, Dong Thap, Tra Vinh, Soc Trang, Rach Gia City, Can Tho, Ca Mau with thousands of blood units. was consecrated. Through this humanitarian program BTC in the Mekong Delta has mobilized over 104 million dong of scholarship money for poor pupils and students.

Starting to participate in blood donation since 2009 while sitting on a school chair, up to now, Lieutenant Nguyen Thanh Thai – Deputy Secretary of the Youth Union of the City Police. Can Tho has 22 times of voluntary blood donation.

On the morning of March 5, in Hanoi, the People’s Army newspaper in coordination with the Center of Hematology – Blood Transfusion (Military Hospital 103) held a voluntary blood donation festival “Blue shirt gives love drops”. The program aims to celebrate the National Defense Trade Union Day (March 6) and the 90th anniversary of the founding of the Ho Chi Minh Communist Youth Union (March 26, 1931 – March 26, 2021).

Family of four siblings in the rain team donated blood

Although the weather was cold, it rained, but from the early morning of January 31, the big family of Ms. Vu Thi Lan (SN 1981, residing in block 9, Ha Huy Tap ward, Vinh city, Nghe An) did not manage the cold rain. to participate in the “Red Sunday” Volunteer Blood Donation Festival XIII-2021, a program organized by the Red Cross Association of Nghe An province in collaboration with Tien Phong newspaper.

Red Sunday in the Central Highlands: Get up from 3am to donate blood

On the morning of February 2, thousands of people showed up early, lined up, wore masks at the Cultural House Center of Ea Kar district (Dak Lak) to donate blood during the 13th Red Sunday event – year 2021. Yes Many people in remote places had to wake up at 3am in time.