Flood of music: A war of survival between the line of life and death 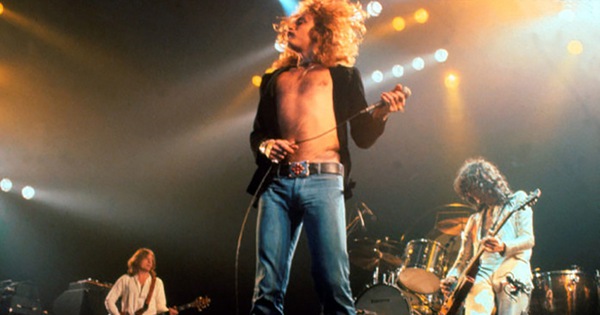 When the levee breaks is one of the most inspirational songs by rock group Led Zeppelin – Photo: Getty Images

first. What do we say when talking about Led Zeppelin IV, an album that has sold nearly 40 million copies by rock group Led Zeppelin, if not talking about Stairway to heaven? The answer could be the last track of it: When the levee breaks – When the dike breaks.

Performing a song from the 1920s by Memphis – one of the most famous female blues artists of all time, Led Zeppelin not only turned it from a rough country blues into a grand “meticulous” rock. Jimmy Page’s superior qi coordination.

They also modified and added part of the lyrics: “When you smash, mommy I have to go / Last night sitting on the dam and moaning / Thinking about the baby, thinking about the home / and going to Chicago”.

Not everyone noticed, the song encapsulates the history of rock ‘n’ roll with just one paragraph.

In 1927, a “great flood” hit the South of America. More than 70,000 square kilometers were submerged in water, nearly 1 million people were displaced. Where do they go? Chicago.

And they brought the blues of the Mississippi Delta to “immigrate” to the new promised land. From here, the Chicago blues in the outdoor markets on Maxwell Street, the clubs in the west of the city will gradually give birth to R’n’B, rock ‘n’ roll, or half of popular culture of the century. 20 of the world.

“Great Flood” has become a proper noun in American culture. It swept away people, houses, crops, but thrilled it brought an infinite source of inspiration.

2. There is a saying that rich people write history, poor people write music. In the years 1920-1930, slavery ended on paper, but the southern white landowners still cling to the lost paradise.

Despite the wave of migration, there are still people of color forced to stay. And they are implicitly sour through music.

In those days, the blues stars were not written about the flood at that time. Most of the songs are a direct voice without disguise, stepping straight out of fear, despair, the war of survival between the line of life and death.

“Blues queen” Bessie Smith wrote Backwater Blues (Stagnant blues – though the song is actually about a smaller flood than before). Lonnie Johnson, who became the great guitar when BB King was in the cradle, has Broken Levee Blues (Broken Blues).

And Charlie Patton – the “father of blues in the delta” has High water everywhere.

3. And the flood of heaven, even though it was a long time ago, but the “flood” of music has never receded. Not only Led Zeppelin, to mark the acquisition of a new drum set by John Bonham, performed the performance When the levee breaks.

In 2001, Bob Dylan thanked Charlie Patton with the song High water (for Charlie Patton), a masterpiece such as A hard rain’s a-gonna fall of the new millennium, full of passages, metaphors, Bibles, References and anecdotes.

After all, Dylan was infatuated with rain and floods – a symbol of purification, to the point where he even replaced God “making a promise” (or threat) on his Under the red sky album that: “Next time will There is no more water, but fire. “

Like last century, musicians continue to sing. Spike Lee’s Katrina documentary featured trumpeter Terence Blanchard – who composed the soundtrack that was later included in the album A tale of God’s will (A requiem for Katrina) – A Tale of God’s Will. (Soul call for Katrina) – Grammy winner for a jazz category.

The album featured Ghost of 1927, a track that lasted just over a minute, but was like a dynamic water in the smoldering flow of the album. The ghosts of 1927 arose, not sorrowfully and drearily, but as if they were gently dancing against adversity.

The flood may be “a tale of God’s will”, but how it faces is a story about the will of man.