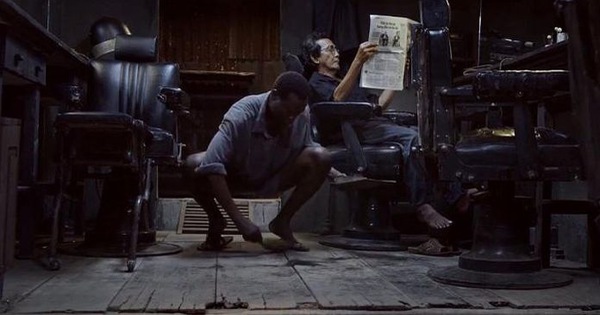 Chief Inspector of the Ministry of Culture, Sports and Tourism has just issued a decision to impose an administrative penalty on Le Bien Pictures Co., Ltd. based in Ho Chi Minh City. This company is an administrative violation by releasing movies without permission to distribute.

Specifically, the company sent the film Taste (Taste) attended the 71st Berlin Film Festival held in Germany when the film did not have a popular license from the competent state management agency.

This violates the provisions of Point a, Clause 4, Article 5 of Decree No. 158 of 2013 of the Government on sanctioning of administrative violations in the fields of culture, sports, tourism and advertising, as amended. , added in 2017.

Chief Inspector of the Ministry of Culture, Sports and Tourism decided the fine for Le Bien Pictures Co., Ltd. is 35 million VND.

This decision was made in mid-April, but was only announced to the press today, May 17, exactly 1 month after the decision to sanction.

Reply Youth Online On the afternoon of May 17, the director of the Cinema Department Vi Kien Thanh said that the film went to the competition without a license for dissemination, not because the film had difficulty in the approval process, causing the license delay.

So far, the producer of this film has not applied for a film distribution license because the producers have no plans to release this film in Vietnam.

Mr. Thanh said he had seen this movie. He personally appreciated the young director who had many new experiences in art in his first work.

“The producer’s mistake is to send the film to the competition without a license for dissemination, this is a common administrative violation, it will be handled in accordance with the law. As for art, this is also a film. there are successes,” Mr. Thanh said.

Taste is director Le Bao’s debut film, collaborating with a number of producers in Singapore, France, Thailand, Germany and Taiwan.

The 97-minute film, set in the slums of Ho Chi Minh City, tells the story of a Nigerian player who left his son in his homeland to work in Ho Chi Minh City, but quickly became unemployed. He later made friends and moved in with four middle-aged Vietnamese women.

In early March, the film won the special jury prize of the “Encounters” category at the 71st Berlin Film Festival, according to the results published on the festival’s website and fanpage.

Encounters is a category that promotes independent filmmakers to be creative in terms of structure, aesthetics, and to apply new perspectives in cinema.

Before the film was shot, this film project received the “Most Promising Project” award at the Silver Screen Awards, Singapore.