F1, tension at the Nurburgring: a positive for Mercedes. Debut for Mick Schumacher: “ Dad always the best ” 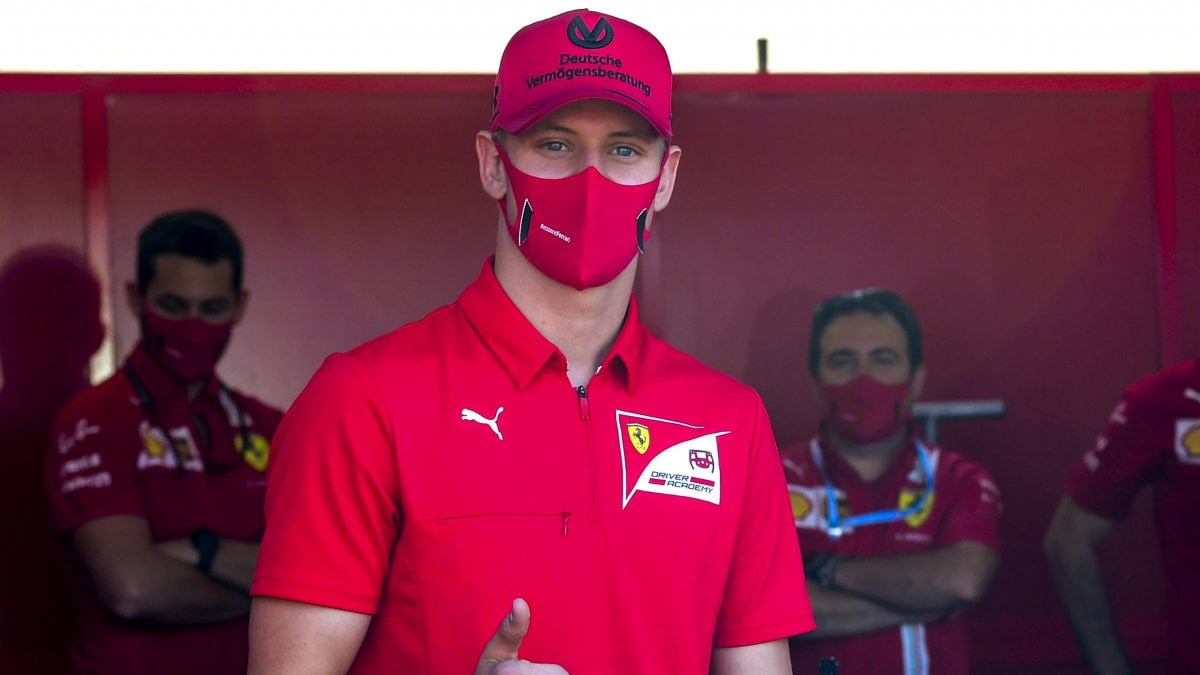 NURBURG – A positive for Coronavirus in the Mercedes team. This was announced by the same world champion team, engaged in the Formula 1 weekend at the Nurburgring in Germany. The positive person is currently in isolation: the identity has not been revealed, but it is neither Hamilton nor Bottas, who regularly attended the press conferences in the paddock. “We can confirm that a member of the team tested positive for COVID-19 – explains the German team on Twitter – The case has been handled and is being managed in line with the FIA ​​protocols, working closely with the Federation”.
Formula One

So excited eve at the Nürburgring, in what will be a special weekend. Because the circus returns to the German circuit after seven years, but above all for Mick Schumacher’s official debut aboard a Formula One single-seater. Michael’s son will in fact get on board Alfa Romeo Racing in free practice on Friday (appointment from 11 am) right on the track where his father won five times and on the same day when, 20 years ago, he celebrated the first world title with Ferrari. “I am proud of him, he will always be the best for me and I will take him as a source of inspiration – the 21-year-old German tells Sky Sport -. It was nice to watch his old videos and some on board, even if most of the curves will need of a different approach than my father’s. I want to learn a lot, try to understand what it means to be a Formula 1 driver and what it takes to become one as well as being ready for the next F2 races. ” The twenty-year anniversary was also commented by the former president of the Red, Luca Cordero di Montezemolo: “Today is a very important day for Ferrari fans, and for me: 20 years ago in Japan we won, after 21 years, the championship of world with Schumacher. First of all to him, and to all those who worked to achieve this goal, my thoughts go. For me it represented the most important moment of my professional life. It was perhaps written in destiny – the words at Ansa – that all this coincided, however, with the debut of another Schumacher, his son Mick, driving a Formula 1. This really fills me with emotion “. It will also be a special GP for Kimi Raikkonen, who on Sunday will become the absolute record holder of the races held (324). And who knows if his next year’s box mate could be Schumi jr.

High costs and the hybrid does not convince. Honda’s choice shakes Formula 1

Leclerc: “Improvements but not miracles”

“We have analyzed the problem well but there is no miraculous solution: it will take some time but we will certainly go in the right direction”. These are the words of Charles Leclerc on the eve of the Eifel GP regarding the updates of the SF1000. “Conditions? I don’t know if they will damage us – continued the Ferrari driver to Sky Sport – We have always struggled when it was cold and we have never competed in such low temperatures”.

Sebastian Vettel comes out into the open. “If I bought shares in Aston Martin? Yes, I believe in the project but I won’t say how many I have.” Thus the Ferrari driver confirmed the rumors about the historic English brand that will land in Formula 1 in 2021, taking the place of Racing Point. The former Red Bull, last winner seven years ago on the Nurburgring circuit, then comments on Mick Schumacher’s debut: “He deserves this opportunity, I hope to see him on other Fridays during this year and in competition in the coming seasons”. More skeptical, however, about the updates of the SF1000: “We do not expect huge steps. We hope he can give us a hand and help us this weekend”.