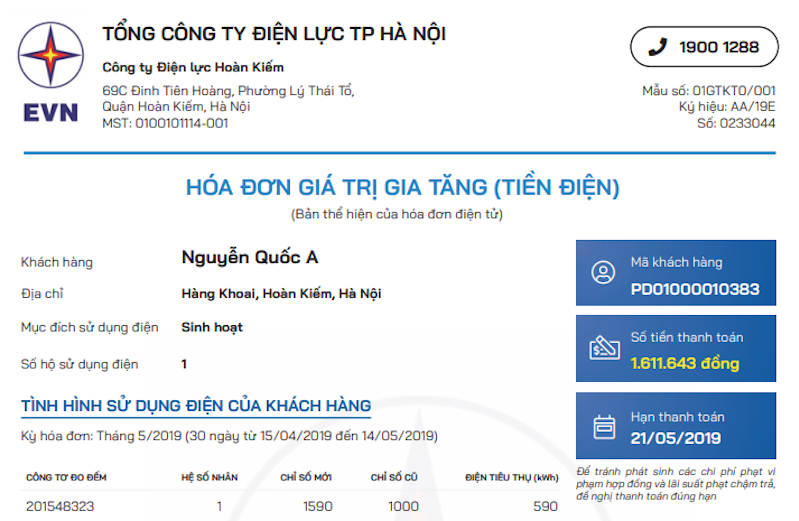 This is one of the items of connection and integration with national digital platforms under the EVNConnect digital ecosystem announced by the Electricity of Vietnam (EVN) on January 21.

In order to deploy e-invoices according to new and unified regulations, this group has converted and upgraded the data system and built a new E-Invoice system. By the end of 2021, EVN’s invoice system has been connected to the national electronic invoice system and the General Department of Taxation.

According to Senior Lieutenant Colonel To Anh Dung, Deputy Director of the Police Department for Administrative Management of Social Order (C06, Ministry of Public Security), right in January 2021, this agency will complete the connection to the national database. population with the database of EVN, in order to improve the efficiency of administrative procedures in the field of electricity on the National Public Service Portal.

In fact, e-invoices have been piloted by EVN since 2011. Every year, this group prepares and issues nearly 400 million invoices for electricity sales and related services. In particular, electricity bills have been made by power corporations in the form of electronic invoices on the CMIS software system since 2012. Other types of invoices are still printed, ordered to print…