Europe vowed to be more ‘assertive’ in global trade 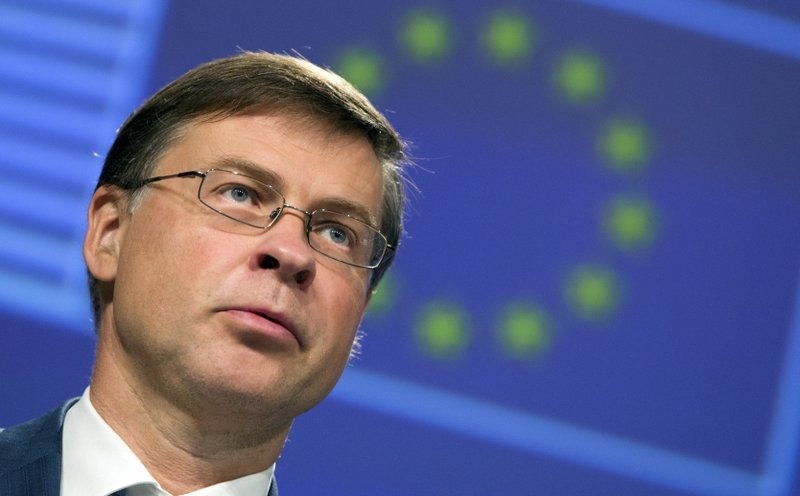 Observers said that Europe’s new stance seems to want to be tougher with the US and more favorable for China.

The European Commission, which negotiates trade agreements on behalf of 27 member countries, on February 18 proposed new tools to become a more “assertive” party in global trade. The region is the top trading partner for 74 countries in the world and two-way trade accounts for about 43% of the region’s total GDP growth, according to data from the Commission.

“The challenges we face require a new strategy for the EU’s trade policy,” said EU Trade Director Valdis Dombrovskis, saying the new strategy is to give the bloc the tools to to defend against unfair trade practices.

“We are pursuing an open, strategic and assertive process that emphasizes the EU’s ability to make its own choices and shape the world around us,” he added.

Over the past few years, the EU has struggled to promote its multilateral trade program. Under Donald Trump’s leadership, the United States has imposed tariffs on EU products and threatened to impose additional tariffs on European carmakers. In 2018, both sides announced they would sign a small trade agreement, but that did not materialize.

In addition, Mr. Trump also challenged international trade rules by blocking the WTO’s appellate body and he is not seen as the typical EU partner when dealing with global trade issues.

However, there are also internal pressures. The EU reached an agreement in principle with the Mercosur countries (Argentina, Brazil, Paraguay and Uruguay) in 2019, but the deal has yet to be reached by European lawmakers who are concerned about deforestation and Other operations in Brazil, approved.

Despite these challenges, the European Commission believes it is time to further develop world trade, so that it can better cope with the economic shock from the Covid-19 crisis.

But by claiming a new more “assertive” stance, there could be a split in relations for China and the US. Holger Schmieding, chief economist at Berenberg, argues that Europe’s new stance “may be more oriented towards China”.

“The EU wants to show that it can forcefully respond to any external threat. So the EU can display and polish its weapons,” he said, adding that its ultimate goal. The EU wants to find a consensus with the US.

As part of the new plan, the EU wants to revive the WTO, including the reinstatement of its appellate body, so that the countries can resolve any outstanding disputes. Other reform ideas for the WTO are: increasing transparency in members’ trade practices; is a forum for digital trade updates; and there are “multilateral” agreements to facilitate the new agreement negotiations.

“It all depends on the direction, with their assertiveness,” says Erik Jones, professor at Johns Hopkins University of how America can respond to this new approach. According to him, the Biden administration is clearly interested in restoring relations across the Atlantic, as a tool to deal more effectively with China. The Biden administration also wants to restart the WTO.

“However, if the focus of the EU’s assertiveness is on the US trade policy or the technology industries, then I am not optimistic that they will receive a pleasant response from the US,” said the expert. predictions.

The European Commission will also have to consider China’s growing importance to European trade as it supports the bloc’s new approach. Data released earlier this week showed that China overtook the US last year to become Europe’s largest trading partner for the first time.

The two reached a new investment agreement in December, which is aimed at creating more favorable conditions for European companies to operate in China. The deal was completed shortly before Joe Biden took office in late January.

“The current crisis gives us no choice but to cooperate with global partners, including China,” said Dombrovskis.