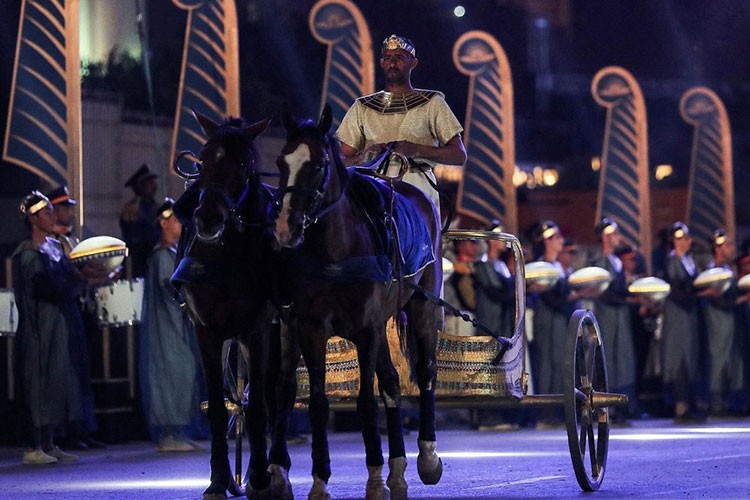 This weekend, the people of Egypt had a chance to witness an impressive historical and cultural event. A total of 22 royal Egyptian mummies – 18 kings and four queens – were transported from the Egyptian Museum in the center of Tahrir Square in Cairo to the National Egyptian Civilization Museum in Fustat. Group mummy transport vehicle Travel about 5 km with lights and rituals honoring ancient pharaohs.

In particular, these royal mummies are not transported by ordinary funeral vehicles. Instead, people used ones Specialty trucks with beautiful decorations reminiscent of ancient Egyptian civilization. Every car is equipped with a unique shock absorber to ensure the smoothest ride possible.

Inside the trucks, the pharaoh’s mummy are transported in special boxes filled with nitrogen to help shield them from external natural elements. The roads along the long route were also blocked, while the convoy was surrounded by a convoy of motorbikes and led by horse-drawn wagons.

Heads of the United Nations Cultural Committee, UNESCO, and World Tourism Organization were present at the ceremony, along with other important figures of the Egyptian government such as President Abdel Fattah al-Sisi. At the new museum, 21 flag guns were fired with cannons to honor the arrival of the royal mummies.

One of the most famous pharaohs transported during the ceremony was King Ramses II, who ruled Egypt for 67 years and signed the first peace treaty. The oldest of the preserved mummies is Seqenenre Tao, the last king of the 17th Dynasty, who reigned in the 16th century BC.

Although the goal of the ceremony was to move pharaohs to a more civilized museum, Egyptian authorities also hope that the spectacle will help revive tourism for the nation, an area that has already been blocked Over the years by political turmoil and pandemic.