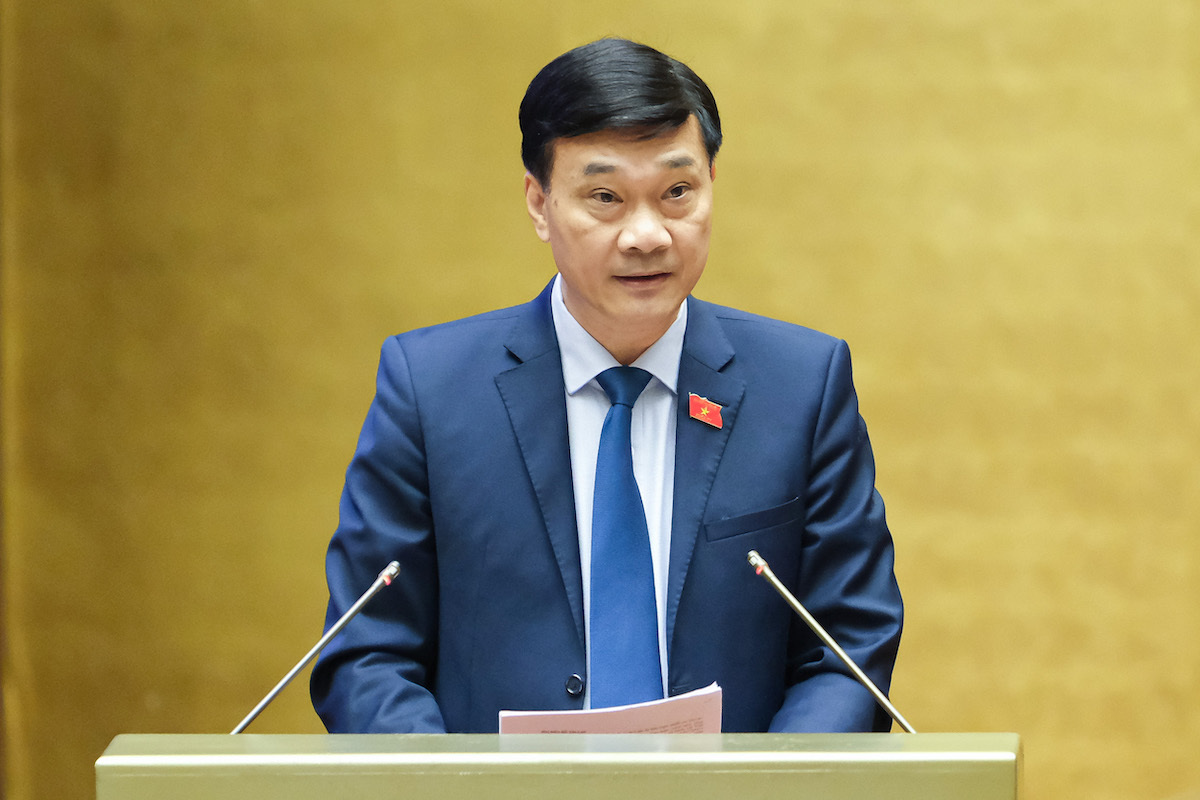 After more than 3 years, only 7 out of 111 plans have been approved, but this number of approved plans also immediately reveals shortcomings.

The Planning Law 2017 took effect from January 1, 2019. According to the report of the monitoring team of the National Assembly and discussed by the National Assembly on May 30, 99% of the national, regional and provincial plans have been approved. But at the stage of making, only 7 out of 111 master plans were reviewed and approved, including 1 national plan, 2 regional and provincial plans and 4 sectoral plans.

The point was given by Mr. Vu Hong Thanh, Chairman of the Economic Committee, authorized to present the report of the monitoring team, noting that even if the 7 master plans were approved, it would immediately reveal the inadequacy.

For example, the planning of the Mekong Delta has not clearly shown the relationship with Ho Chi Minh City and the Southeast region.

Four national sectoral master plans in the field of transportation have not yet shown the synchronicity and connectivity of the five modes of transport. The national important projects in these 4 master plans have not yet diverged investment into 5-year phases to link with medium-term plans and ensure feasibility in implementation.

Mr. Vu Hong Thanh said that there is an inconsistent understanding of the integrated planning method, the planning sequence and planning approval; difficulties and complications in the implementation process have not been forecast.

Mr. Vu Hong Thanh, Chairman of the Economic Committee, said that due to slow planning, it is necessary to continue to extend the time limit and adjust the current planning for the period 2011-2020. That is, parallel existence and simultaneous application of two plans.

The Supervisory Delegation also noted that the simultaneous preparation of many plans at the same time while the quantity and quality of consulting organizations is limited, the bidding and selection of consultants in accordance with the Law on Bidding faces many difficulties. .

The number of officials and experts with professional qualifications in planning to join the appraisal council is still lacking; there is no database for planning… Since then, it greatly affects the progress, quality, and approval of plannings.

Faced with the inadequacies that made the planning “rule”, the supervisory delegation proposed to the National Assembly to allow the Government and relevant agencies to perform a number of things different from the Planning Law. This is to speed up the approval of plans until the Law on Planning is revised.

In which, allowing the Government to clearly define the concept and method of planning integration; planning process at the national, regional and provincial levels, to ensure an integrated approach to planning.

The monitoring team recommends to the Government to apply the form of contractor appointment to select a national and regional planning consulting unit that has not yet been selected for a quality assurance consultant.

In addition, the monitoring team believes that it is necessary to make plans at the same time; adjust lower-level planning under the national planning system (except for urban and rural planning) when there are contents inconsistent with the higher-level planning, in the direction of not having to carry out the process of formulating prescribed tasks. plan. The appraisal and approval of planning adjustment will be carried out according to a shortened process…

As a long-term solution, the monitoring team recommends that the Government review fundamentally and comprehensively amend the Planning Law, related laws and guiding documents.