Eating to be healthy is not difficult 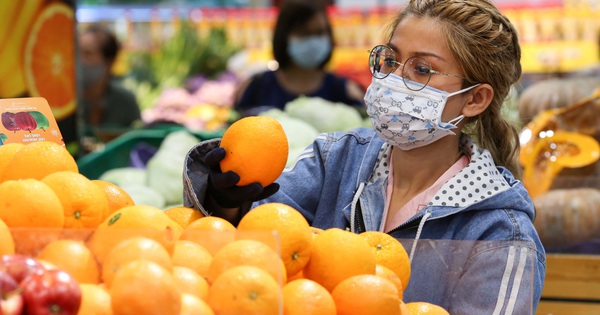 According to doctor (BS) Truong Quang Anh Vu, Head of General Planning Department of Thong Nhat Hospital (BV) (Ho Chi Minh City), the trouble of nourishing is common in the elderly, it is true that the elderly really need meals. adequate nutrition to maintain health but will be very troublesome if misunderstanding the meaning of fortification.

After a period of successful business, Mr. MT (living in District 4, Ho Chi Minh City) decided to welcome his mother from his hometown to the city to take care of his old age. When his mother came back to live with him, Mr. T. often bought his mother enough “of strange and delicious things” to supplement. Despite being able to eat a lot of “nutritious” foods, Mr. T.’s mother did not feel well, one day she told Mr. T. to take her to see the doctor, why are tired.

The doctor in the hospital said that T.’s mother had both high blood pressure and hyperglycemia, due to eating too many nutritious foods and being sedentary.

Mr. Tr.BP and Tr.NT (45 and 50 years old; living in Thu Duc district, Ho Chi Minh City) were hospitalized together after a meal because they treated each other with ginseng wine. After drinking, even though not drinking much, both have headaches, due to increased blood pressure.

Ms. MA (living in Go Vap district, Ho Chi Minh City) panicked and took her 5-year-old son everywhere because she thought he had severe liver disease. The boy looked pretty healthy, but his skin was visibly yellow. “The doctor of Children’s Hospital 1 (Ho Chi Minh City) said that because he was overfed with carrots and pumpkin. It is not that I am afraid that he lacks vitamin A will be nearsighted, so every meal has vegetables and vegetables. red, orange “- Ms. A. shared.

Eating a variety of vegetables and fruits will be good for your health. (Photo is for illustration only) Photo: HOANG Trieu

According to the BS, most of the trouble above comes from some people who listen to something good … try to load more. This is not true. According to Dr. Truong Quang Anh Vu, enrichment does not mean eating a lot of “delicious and strange things”. The metabolism of the body in the elderly has decreased, easily leading to impaired glucose tolerance, dyslipidemia, easy allergies to strange dishes … Healthy eating in the elderly is actually a meal In terms of variety, in terms of protein, priority should be given to fish, because there are many healthy nutrients, in addition, there should be plenty of green vegetables and fruits of all kinds to provide essential vitamins and minerals.

And the situation in which a child has jaundice due to over-accretion. Jaundice is caused by beta-carotene, vitamin A precursors in red, orange, and yellow vegetables … Most of them go away on their own after a period of reducing food intake, but to be nostalgic certainly should not. With young children, the pediatricians believe that just eating a variety, medium quantity, not overusing fast food and sweets is guaranteed to be healthy.

How to eat medicine

Herbalist Dinh Cong Bay, General Secretary of the Ho Chi Minh City Pharmaceutical Association, said that all kinds of medicinal herbs in traditional medicine are also medicines. So, if you soak in alcohol or cook with supplemented herbs, you need to learn to use the right purpose and dosage.

Note that medicinal alcohol is not for drinking, but only drink a few tens of ml a day as a tonic and must use the right kind for your health. Hear what “tonic” also bring soaked, then drink more, only drinking a lot of alcohol alone is enough to harm health, not to mention the consequences of misuse, drug overdose.

“Some herbs can be combined with other dishes, but in order to be beneficial, they should also look up how to cook, consult a professional. , just eat a balanced diet, eat a variety of foods, and cook cleanly … you are healthy enough “- Mr. Dinh Cong Bay emphasized.

Stress because of an eating disorder

A study recently published in the scientific journal Appetite, conducted by the University of York (Toronto, Canada) shows that there are people suffering from eating disorders. People who are sick often spend a lot of time planning and eating properly. This has affected social interactions because when going to a party, a restaurant, people with eating disorders will see “unhealthy” foods everywhere. They themselves are always stressed about eating well. In this case, you need to see a psychological doctor soon.