EAT THIS WAY TO HEALTHY 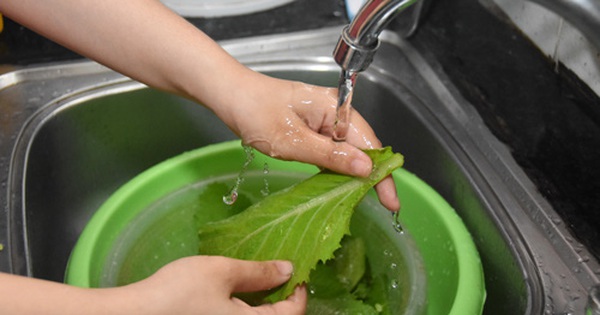 : Be careful when cooking and storing food

The term “food poisoning” was mentioned a lot after the fact that many people were hospitalized for Clostridium botulinum in vegetarian pate, as well as a mass poisoning incident after eating braised meat at an orphanage. But few people know that the abdominal pain and diarrhea that people, especially young children, sometimes experience sometimes, can be mild bacterial food poisoning.

Note how to store and warm food

According to Dr. Truong Huu Khanh, Head of Department of Infections – Neurological Hospital for Children 1 (Ho Chi Minh City), it can be divided into 2 causes of poisoning, one is a form of poisoning caused by bacterial infection such as dysentery (gastrointestinal infection. caused by Shigella bacillus, a disease that is transmitted through the digestive tract and easily develops into a fluid), Salmonella – a bacteria that causes disease in the digestive tract; the second is poisoning caused by toxins secreted locally such as staphylococci and Clostridium botulinum, causing a stir in the public over the past time.

: Be careful when cooking and storing food – Photo 1.

EAT THIS WAY TO HEALTHY

: Be careful when cooking and storing food – Photo 1.

Wash the vegetables thoroughly with clean water before using for your health. Photo: TAN THANH

Dr. Truong Huu Khanh believes that the best way to avoid the risk of poisoning is by eating fresh, cooked foods. Reheating old food makes food a little safer, but it is not certain because the temperature and time for reheating the food is much lower than the temperature and time to cook a new dish, sometimes not enough to inactivate toxins and bacteria. .

How to store food sometimes also makes you “feed” poisoning bacteria without knowing. Buy a large piece of meat, clean and divide into small portions before storing in the refrigerator. Do not clean or cook the whole pieces to thaw each time and then freeze again, the freezing can sometimes lose its value because bacteria have promptly attacked during thawing.

According to specialist doctor II Nguyen Minh Tien, besides poisoning by bacteria, another form of poisoning is chemical poisoning on food, for example, pesticides on vegetables and fruits have not been thoroughly washed.

“Poisoning due to contaminated food has the initial symptoms of abdominal pain, vomiting, diarrhea, worse than dehydration, leading to hypovolemic shock. Poisoning due to residual pesticides on vegetables, children Abdominal pain, diarrhea are also accompanied by increased secretion of mucus, pupil shrinkage Chemical poisoning is often more dangerous, so it is necessary to take the baby to the emergency room immediately Poisoning symptoms can appear within hours after eating. but also within 48 hours “- said Dr. Minh Tien.

Dr. Truong Huu Khanh and Dr. Nguyen Minh Tien both emphasize the importance of dealing with dehydration that children experience from severe or mild food poisoning. For children with mild diarrhea that can be treated at home, this will help them recover quickly. For critically ill children, if rehydration is given immediately, electrolytes will reduce the risk of serious illness and need to be infused with fluids upon admission.

“There should be several packages of oresol (electrolyte solution) available in the home medicine cabinet. There are many different types, so read on the label for the correct concentration. This medicine is very cheap and can be found in any home. In an urgent situation where oresol is not available, the formula of 1 liter of water, 8 teaspoons of sugar, and 1 teaspoon of salt should be used, but care should be taken because it is easy to measure the dosage by yourself. exactly “- advised Dr. Minh Tien.

Dr. Nguyen Minh Tien noted that anti-diarrhea medicine should not be used in children. It can make the disease worse, if overdose also causes paralysis. Diarrhea is a natural process for expelling bacteria and toxins from the body. If an adult has to go out and is inconvenient, he or she can take a temporary anti-diarrhea medicine but cannot overdo it.

Stored tubers are also dangerous, because it is a favorable environment for many poisoning bacteria. Vegetables purchased must first wash with clean water and then store in a cool place, rinse before eating.