Eat this root, miracles will happen 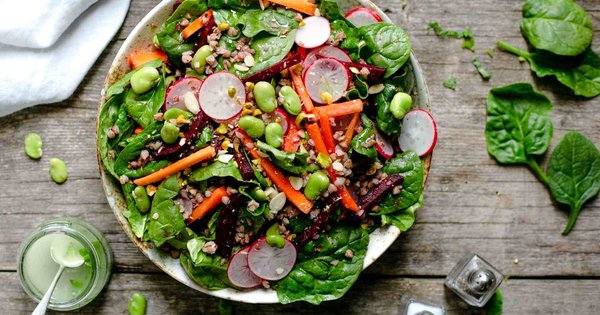 One group was supplemented with inorganic nitrates with natural beetroot juice; one group took a placebo, or beet juice, with the nitrate removed.

Spinach, beets, beets … are nitrate-rich vegetables – Artwork from the Internet

The results published above Redox Biology showed that numbers of certain types of oral bacteria that had been shown to be more important for heart and brain health were significantly greater in the nitrate-supplemented group. These bacteria, especially the Proteobacteria group, are responsible for turning inorganic nitrates in food into nitrite, acting as a precursor to nitric oxide, a regulator of vascular tone and neurotransmitters.

Meanwhile, some harmful oral bacteria such as Bacteroidetes, Firmicutes and Fusobacteria decreased significantly after 10 days of nitrate supplementation.

According to the Sci-News, the systolic blood pressure of those drinking natural nitrate-rich beetroot juice also decreased by 5 mmHg after the follow-up period. High blood pressure is one of the most common chronic diseases in the world; Other cardiovascular diseases also make up a high proportion in the community; While diseases related to the decline in nerve activity such as Alzheimer’s are still incurable, there is no cure.

According to Professor Vanhatalo, this significant difference in oral microbiota occurs in just 10 days of nitrate supplementation, suggesting that improving your diet can benefit you quickly and easily. how. The team will continue to experiment on other subjects to see if similar effects occur.

The good news is that nitrate-rich vegetables are versatile and heart-friendly. According to a study published above The American Journal of Clinical Nutrition, led by Dr. Norman G. Hord from the University of Texas (USA), a group of vegetables with very high nitrate can include the “cousin” of beets, in addition to celery, radish. watercress, lettuce, spinach … The group with high nitrate levels includes cabbage, dill, kohlrabi, leek, parsley … The medium group includes cabbage, turnip …