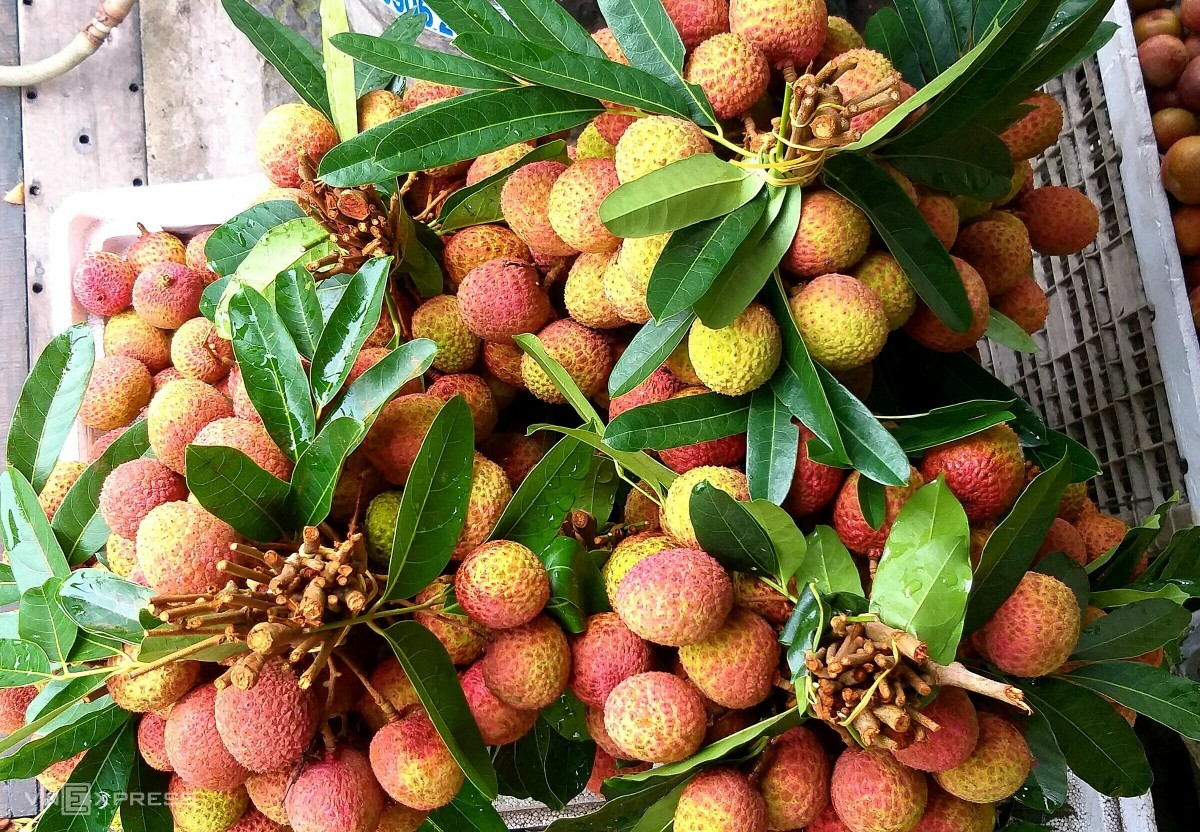 Early ripening litchi, also known as pink lychee, is mainly grown in the Central Highlands, harvested from April to June every year. This lychee has a sweet, slightly sour taste, not as sweet as the northern lychee.

Survey of VnExpress In stores and traditional markets in Ho Chi Minh City, early ripening lychees are now available on fruit store shelves. The price per kg ranges from 100,000-120,000 VND, while last year it was only about 50,000-60,000 VND.

Ms. Hoa, the owner of a fruit shop on Thong Nhat Street (Go Vap), said that she has been selling pink lychees for 2 days now. Every day, she can import about 10 kg because the first crop is limited in quantity. “This year, the price of lychee has increased sharply to 120,000 VND per kilogram but still attracts customers,” she said.

In high-end fruit stores, early ripening lychees are also sold on the shelves for up to 130,000 VND per kilogram. According to shop owners, prices here are higher than in traditional markets because the fruit is carefully selected.

Explain the reason for the price increase this year, Ms. Hang, a trader specializing in fruit trading, said that transportation and storage costs increased by 40%, so the price of lychee rose sharply. The fabric purchasing price is also increasing compared to the same period last year, so the selling price fluctuates strongly.

Recorded at gardeners, the price of this product is at 40,000-45,000 VND per kg, an increase of 10,000-20,000 VND over the same period. Growers said that the price increased because of the high cost and labor of taking care of this year’s litchi season. On the other hand, litchi is at the beginning of the crop, so the quantity supplied to the market is low.

Enterprises specializing in purchasing Tay Nguyen fabrics further explained that last year it was difficult for goods to be sold to other localities due to quarantine activities, but now the situation seems to be more stable, so consumption is good, helping to increase prices.

According to a report by Dak Lak Department of Agriculture and Rural Development, the province’s litchi growing area is over 1,313 hectares, an increase of more than five times compared to 2015, accounting for 3.6% of the total area of ​​fruit trees (36,300 hectares). ).