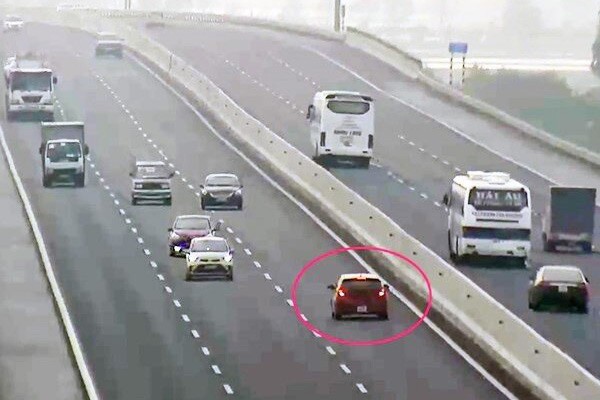 Before that, on the evening of October 11, the driver drove a car of the BKS 30F – 53653 Going in the opposite direction from the toll booth NH38B to Hanoi belongs to the expressway Hanoi – Hai Phong to the toll station QL38B. The image of the driver’s violation and the above vehicle was detected and recorded by the surveillance camera system of the Hanoi – Hai Phong highway operation management unit.

This driver’s behavior in the opposite direction has caused frustration for people on the road. This is considered a very dangerous behavior when in fact there have been many particularly serious traffic accidents.

According to Decree 100/2019 stipulates administrative penalties in the field of road and railway traffic: In case of cars going on the opposite side of one-way roads, they will be fined from 3 to 5 million VND (according to points c, Clause 5, Article 5), in addition, the right to use driver’s license is also deprived for 2 – 4 months (under Point c, Clause 11, Article 5).

In this case car going in the opposite direction A fine of between 16 million and 18 million on expressways, except for priority vehicles on urgent duty as prescribed (Point a, Clause 8, Article 5). The additional penalty deprives the right to use a license for 5-7 months (Point dd, Clause 11, Article 5).