Drinking the wrong rat poison like syrup, 1 student died, 1 student was in emergency 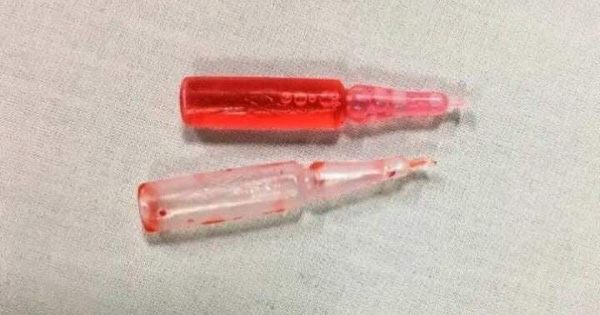 On the morning of March 29, Ms. Nguyen Le Da Ha – Director of Dong Nai Children’s Hospital – said that 3 days ago, the hospital gave ambulance to two boys – including the festival (7 years old) and VND.Q. (8 years old, a second grade student at a primary school in Bien Hoa City) – transferred from Shing Mark University Hospital of Medicine and Pharmacy.

At reception, P. showed convulsions of the whole body, severe progression, respiratory failure, circulatory failure. Q. As a kid, he was dazed but still able to talk.

In order to cure the two children, the doctors performed emergency steps, detoxification … according to the protocol of the Ministry of Health. However, baby P., due to drinking too much, died at dawn on March 28, while baby Q. was fortunate to save his life, now his health is temporarily stable.

“From the leftover plastic tubes that the children drink from the supplier, the hospital determined that it was a rat poison originating from China. This kind of syrup looks like a syrup with the naked eye, so they made a mistake. .. “- information from Dong Nai Children’s Hospital.

Meanwhile, telling the incident to the family members, little Q. said that during the outing, both of them picked up 2 plastic tubes, the type is larger than their finger, and inside there was water like syrup, so they shared to drink, P. drank. Q. After that, both children were discovered by family members and taken to the emergency hospital.

Regarding the tragic incident above, the representative of the Department of Education and Training of Dong Nai province said that they would issue a general warning across the province for parents and students to pay attention and to be wary of.