Drinking the wrong car engine coolant during a meal, the couple was hospitalized for emergency 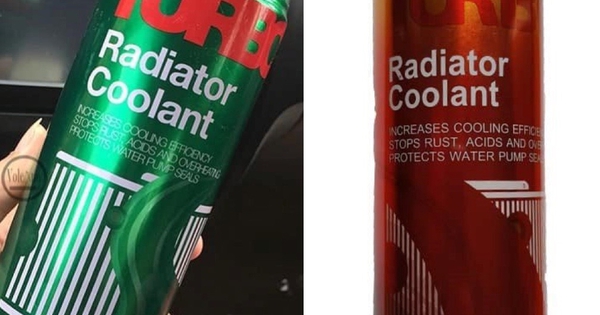 On the afternoon of May 16, 108 Military Central Hospital (Hanoi) said that the Department of Internal Medicine and Poison Control – Center for Intensive Care had just received a couple in Hanoi who were hospitalized in a state of panic. fear due to medium drink wrong car engine coolant.

According to the patient’s account, the patient was previously given 2 cans of water by an acquaintance, 1 blue, 1 red, without further instructions. Looking at the can, the couple thought it was beer and carbonated soft drinks, so they spent the evening drinking during the meal.

Seeing that the water had no taste, I looked it up online according to the words on the can, and when I knew it was car engine coolant, I looked it up. The two people hurriedly took each other to the 108 Military Central Hospital. The patient was gastric lavage at the Emergency Department and transferred to the Intensive Care Center for monitoring. Thanks to timely detection and management, two patients fortunately had no serious symptoms and were discharged after 3 days.

According to Dr. Nguyen Thi Huyen Trang, Department of Internal Medicine and Poison Control, Intensive Care Center, 108 Central Military Hospital. In the case of the two patients mentioned above, the water can has the shape and color of the label. The label is quite similar to soft drink and beer cans, the writing on the cans is completely in English, there is no Vietnamese sub-label (most likely hand-carried or unofficially imported) so it’s easy to confuse users, especially are the elderly, children and limited in foreign languages.

“If it is detected that the wrong cooling water is drunk, it is necessary to immediately induce vomiting, wash the stomach and quickly go to the nearest medical facility for timely monitoring and treatment. Patients should bring a can of drinking water to do this. basis for early diagnosis and treatment,” noted Doctor Trang.