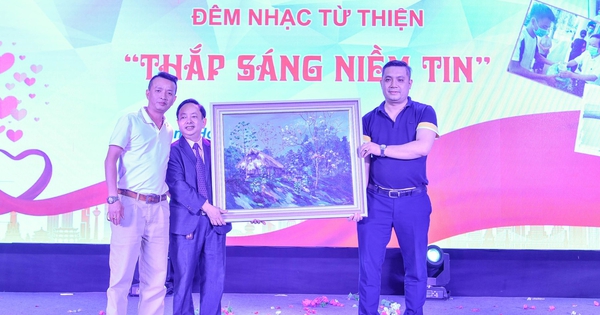 On the evening of June 11, the Club (Club) Plates of rice on the wall of Thanh Hoa held a fund-raising music night charity with the theme “Light up faith” to call for benefactors to support the money to pay for meals to help poor, difficult and unlucky patients in life.

Mr. Ha Hoang Minh, Deputy Director of Thanh Hoa Children’s Hospital – Chairman of the Club of Rice Plates on the Wall, information about the club’s activities at the charity concert

Mr. Ha Hoang Minh, Deputy Director of Thanh Hoa Children’s Hospital – Chairman of the Club of Rice Plates on the Wall, said that with the desire to be responded and supported by many benefactors to have more volunteer meals, spread the word. With the humanitarian meaning of the program, expanding its activities at other hospitals in Thanh Hoa province, Thanh Hoa Wall Rice Bowl Club hopes that through the program, there will be many benefactors to join hands to help. help unfortunate circumstances who are fighting disease day and night.

“With the desire to bring more volunteer meals to poor patients, the program makers have planned a charity music night, with amateur singers who are medical staff, doctors, and staff. In the program, the organizers also held auctions of 2 paintings donated by painters of the Vietnam Fine Arts Association “- Mr. Minh informed. 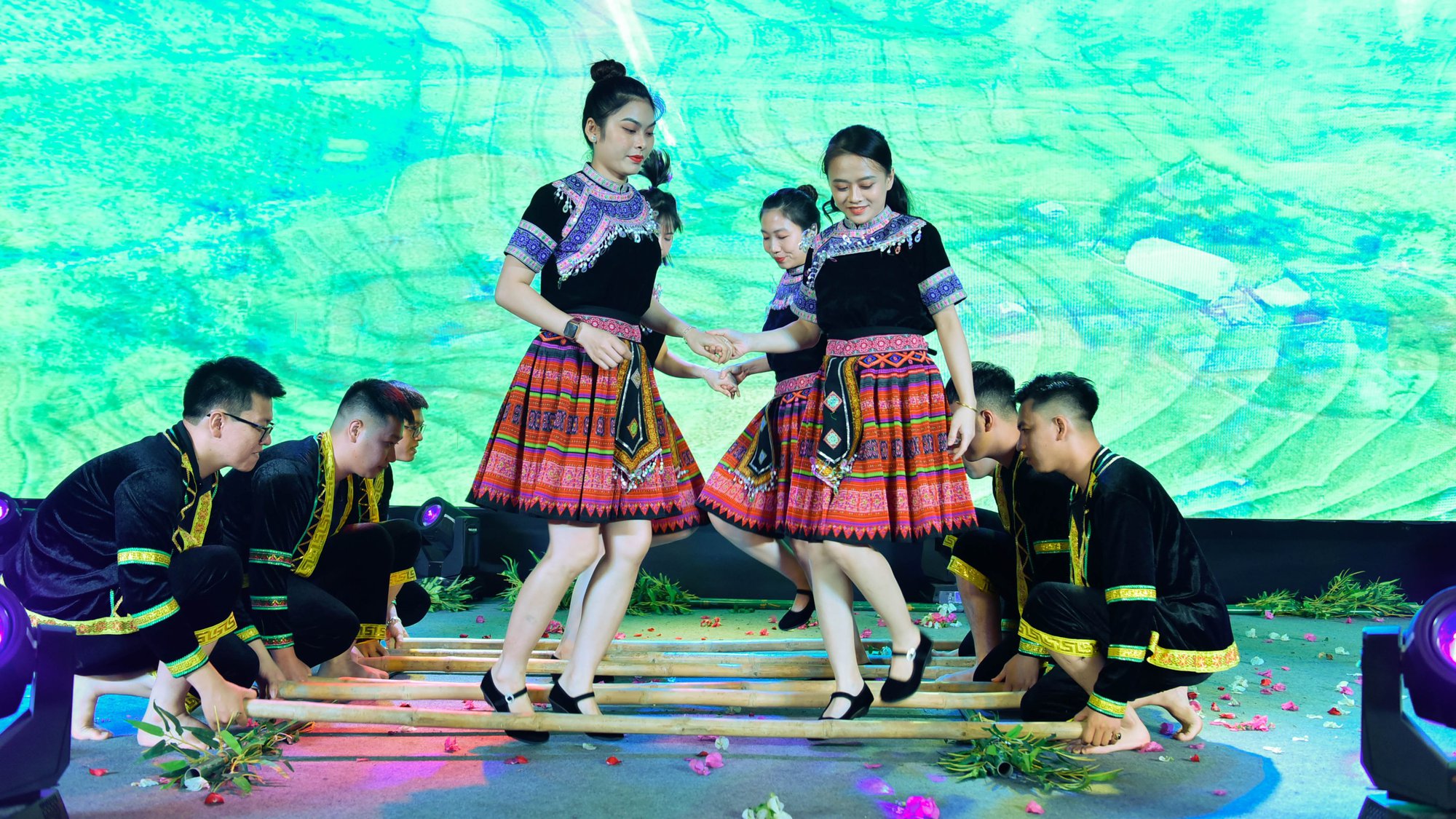 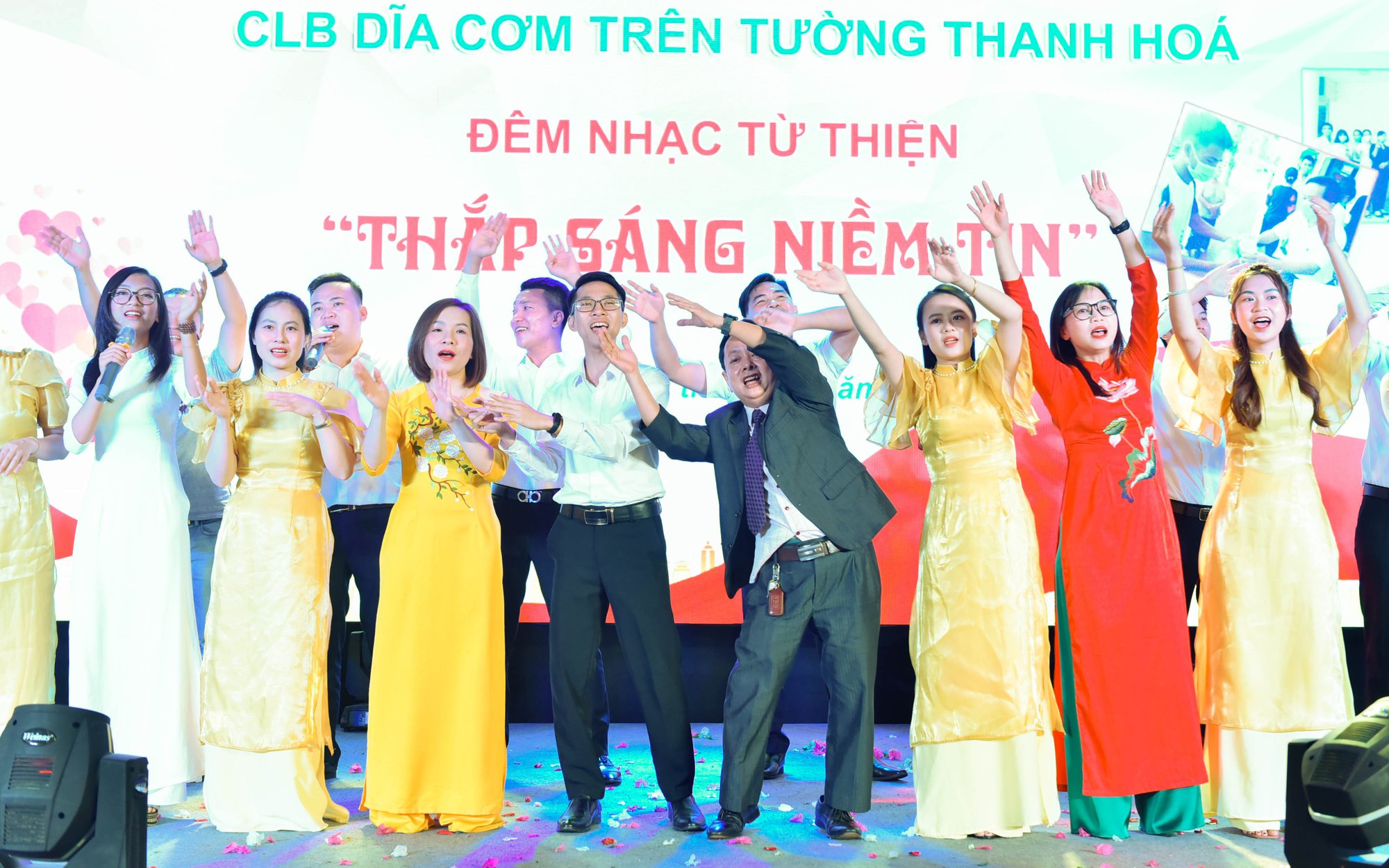 Doctors, nurses and staff working at hospitals in the province have “transformed” into singers to organize a concert calling for charity.

According to Mr. Ha Hoang Minh, at the end of the concert, the entire amount of the auction money and benefactors donated by bank transfer to the club’s account number and directly supported more than 200 million VND. “We are committed to using the entire amount of donations from benefactors for the sole purpose of paying for meals for poor and needy patients” – Chairman of the Rice Plate Club on the wall shared.

The Club of Rice Plates on the Wall was established in June 2020, with the message “Every plate of rice, whole heart”, the program has become a bridge between golden hearts, businesses, and benefactors sharing. and support free meals for patients with difficult circumstances throughout the province, starting at Thanh Hoa Children’s Hospital, Thanh Hoa Provincial General Hospital. 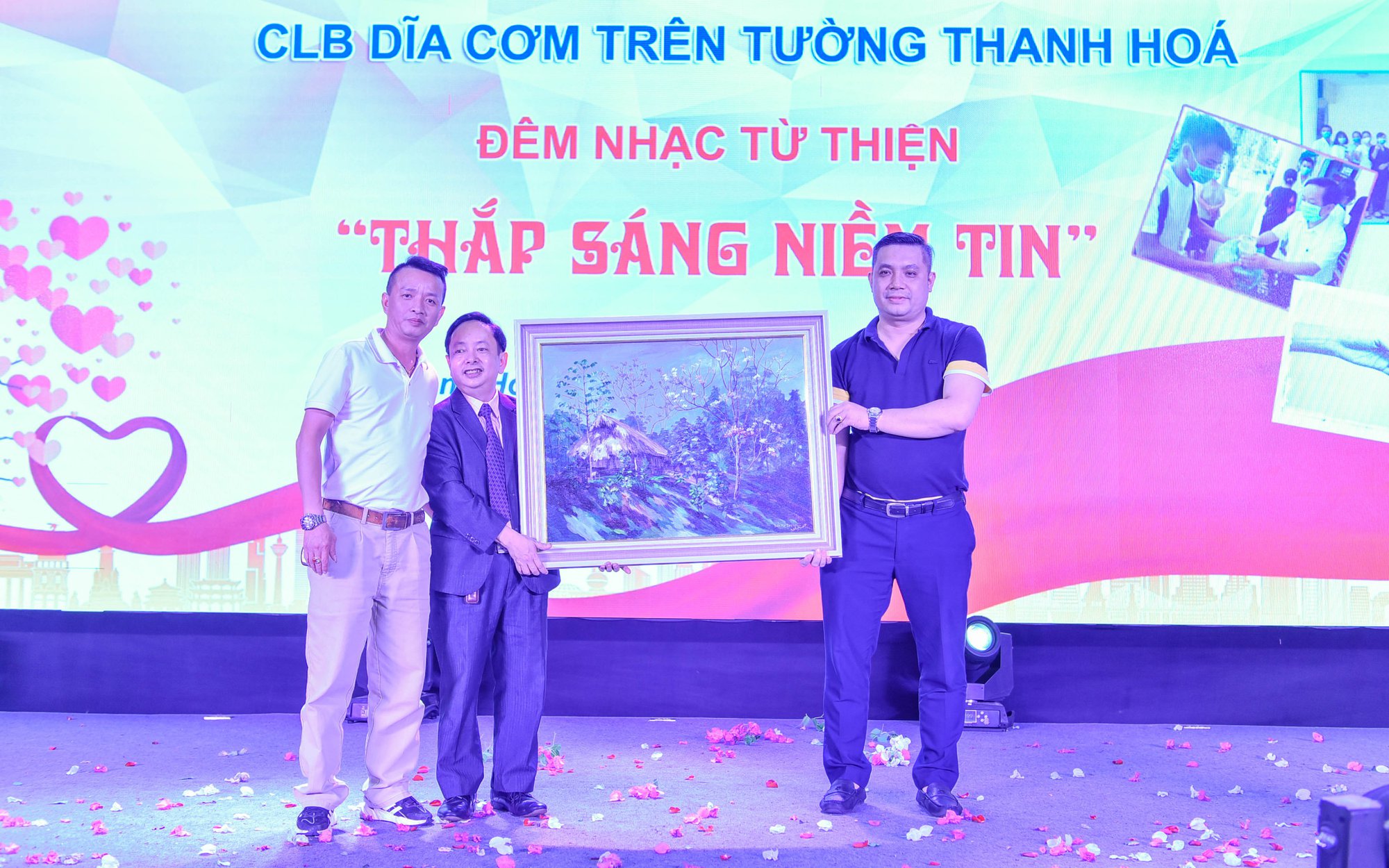 Mr. Ha Hoang Minh and the author of the painting and the auction winner

After 2 years of operation, along with the money raised at the concert on the evening of June 11, the total amount that benefactors have supported for the program has been more than 1 billion dong. Currently, the club has spent more than 686,000,000 VND on meals (equivalent to more than 27,400 free meals for the sick).