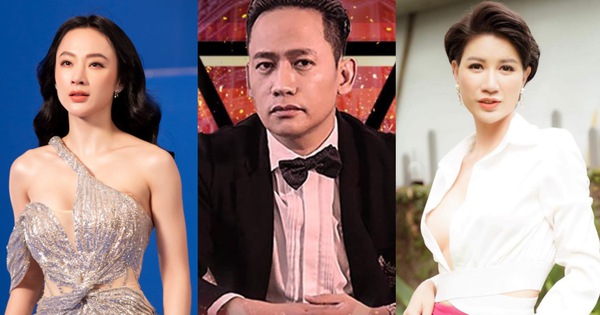 Angela Phuong Trinh, Duy Manh or Trang Tran have all been sanctioned for wrongdoing on social networks, which means a violation of the code of conduct.

Mr. Trung confirmed with Youth Online so at the regular press conference of the third quarter this morning, October 28, in Hanoi.

At the press conference, Youth Online asked to clarify that the code of conduct for people operating in the field of the arts stipulates that “press news agencies consider using images of art activists who do not implement the content of this code of conduct” is a form of “banning waves” and “locking up” as some people fear.

Mr. Tran Huong Duong – Deputy Director of the Department of Performing Arts, which is being assigned to develop a code of conduct – said that Article 10 of the draft code of conduct stipulates the implementation and requires agencies to state management agencies to strengthen detection and strictly handle cases of taking advantage of the name of art activists to commit illegal acts; coordinate so that this code of conduct contributes to the provisions of the law on artistic activities and related laws to be properly and effectively enforced.

In particular, also Article 10 of the draft proposes that news agencies and press in addition to discovering, praising and honoring good examples, good practices, and effective models in implementing the code of conduct should also promptly criticize and condemn deviant acts, consider using images of art activists who do not comply with the content of this code of conduct.

Mr. Duong emphasized that the code only asks news agencies to consider and consider using images of art activists who do not comply with the content of this code of conduct, but there is no provision that “prohibits wave”. The decision-making power rests entirely with the press agencies.

In addition, the Code is not a legal document, just a guide to behavior for people who are active in the field of arts in general, including theater, cinema, fine arts, photography and exhibitions.

Mr. Duong also added that the process of developing this set of rules, which the Performing Arts Department was assigned to be in charge of, was quite difficult, because it had to create a set of framework rules for those involved in real art activities. presently.

In addition, the drafting process also encountered many different opinions such as whether to develop this set of rules and why it is introduced at this time, why there was no before…

Also related to the performing arts, Mr. Tran Huong Duong said that leaders of the Department of Culture and Sports of Ho Chi Minh City have just sent a written request to the Department of Performing Arts to consider organizing a theater festival in 2021. 2 in March and April 2022 exclusively for Southern troupes, besides the main festival coming up in November in Hai Phong.

Regarding this proposal, Mr. Duong said he would report to the leadership of the ministry and propose to consider it.

“We understand that in the past 2 years, the troupes of HCMC are mainly socialized troupes, so it is very difficult because of COVID-19, so we give priority to doing what is best to create an artistic playground for the children. artists are allowed to operate,” said Mr. Duong.